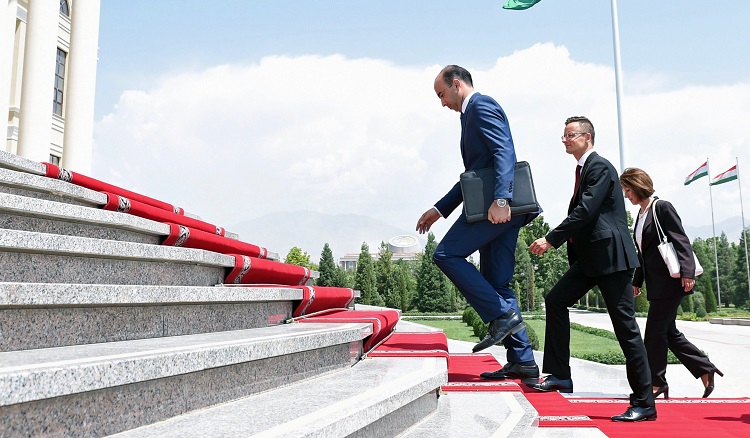 In recent days, Hungarian Foreign Minister Péter Szijjártó has paid an official visit both to Uzbekistan And Tajikistan in order to strengthen economic ties with the governments of the two Asian countries. 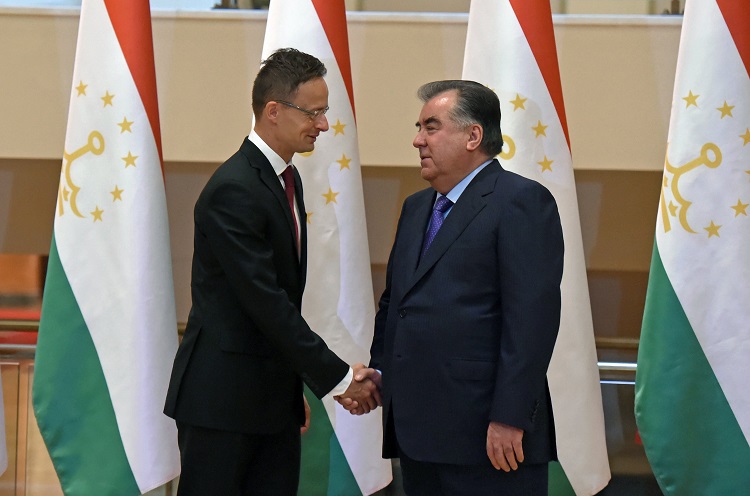 Investment opportunities of several billion forints are available to Hungarian water management companies in Tajikistan, where 54% of Asia’s water resources are found, Péter Szijjártó said in Dushnabe on Wednesday. The water base in Tajikistan is more than three times central Europe’s water demand, Péter Szijjártó told MTI after talks . Tajikistan has some 900 rivers and 1,500 mountain lakes but uses only 5% of its water energy potential, while only 45% of the public has direct access to drinking water, he added. He had agreed with President Emomali Rahmon that Tajikistan will use Hungarian water management technologies in its economic development efforts. In order to help Hungarian companies invest there, Hungary has set up a 38 million euro credit line in Eximbank, Szijjártó said.

Scholarships have been offered to 20 Tajik students to attend university in Hungary and they plan to study in the area of water management, he added. Tajikistan is in a similar position as Hungary in terms of border protection because by strictly protecting the Afghan border, it is protecting not only itself but also its neighbours and even Europe, Szijjártó said. Hungary, by protecting its southern borders, is also protecting the whole of Europe, he added.”We have agreed with Tajik leaders that since the European Union is supporting Tajik-Afghan border protection with a symbolic amount only, Hungary will propose to the EU that it should contribute 100 million euros to Tajik efforts to fight radicalism, terrorism and drug trafficking,” Szijjártó said.

The sides also agreed on the contents of a bilateral investment protection scheme which will be signed during the United Nations General Assembly session in New York, he said. This will contribute to the further expansion of cooperation in the pharmaceuticals industry and food safety.
Tajikistan plans to import Hungarian food safety technologies. Only 7% of the country’s area can be used for farming, which makes food safety very important, Szijjártó said. The Richter Gedeon pharmaceuticals plant has already registered over a hundred drugs in Tajikistan, he noted. 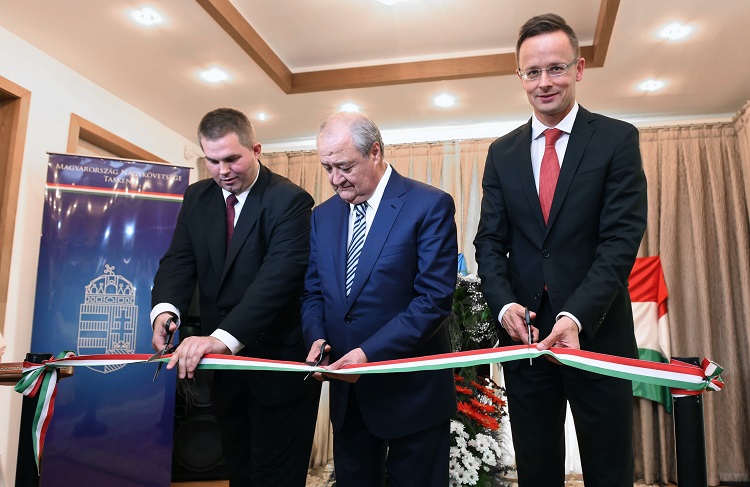 The Uzbek economy harbours huge opportunities for Hungarian exporters given its impressive growth even by Asian standards, Peter Szijjártó said on Tuesday after inaugurating Hungary’s new embassy in Tashkent. Opportunities abound in food-industry and animal-husbandry technologies as well as in pharmaceuticals and water-management technologies, Szijjártó told MTI by phone after talks in the capital of Uzbekistan.

The Uzbek economy grew by 7.8 percent last year and it is expected to grow by 6 percent this year, Szijjartó said. The country plans to open up to the world and its economy is being liberalised. Further, the national currency is planned to become convertible and a five-year economic development scheme is under way, he added. Explaining the necessity of opening a Hungarian mission in Tashkent, the minister said “it is impossible to be successful here without maintaining a personal presence”.

Hungary is the 11th European Union country that has an embassy in Uzbekistan and the other three Visegrad Group countries had already opened their embassies in Tashkent because they had recognised the opportunities represented by the region, Szijjártó said.

At talks with Prime Minister Abdulla Aripov and various ministers Szijjártó agreed that Tashkent would offer opportunities to Hungarian companies in three areas. Since Uzbekistan imports plenty of food, Hungary will get an opportunity to sell poultry farming technologies in addition to its current beef exports, he said. Richter is already an important player in the Uzbek pharmaceuticals market, with over 100 registered drugs and involvement in over 30 clinical research trials. The Uzbek government would welcome the company to further expand its activities in the country, Szijjártó said.

As a shortage in water resources in Central Asia triggers political conflicts and security risks linked to water taken from shared lakes and rivers. Hungarian water management technologies, including waste water management, water loss reduction and irrigation, could contribute to the stabilisation of the Uzbek economy, he added. Szijjártó also said Hungary will offer scholarships to 30 Uzbek students to study in Hungarian universities. The related agreement has now been finalised and will be signed during the UN General Assembly session in New York.