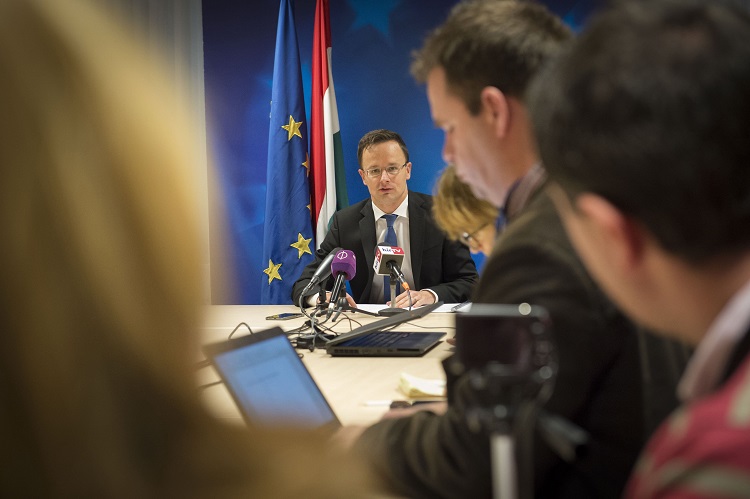 Hungary refuses to have anything to do with the “pathetic hysteria which has swept through the European elite” in reaction to the outcome of the US election, Péter Szijjártó, the Hungarian foreign minister, said in Brussels. 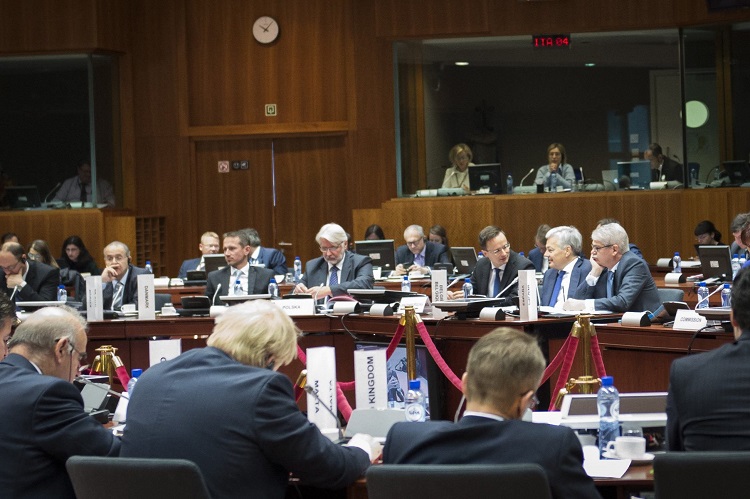 Meeting of EU foreign and defence ministers in Brussels

Speaking to journalists on the sidelines of a meeting of European Union foreign and defence ministers, Szijjártó said the Hungarian government regards the election of Donald Trump to the US presidency as “good news”. He said the view of the American people must be respected, even if their decision does not happen to coincide with the European political and media elite.

“Strange is the liberal-democratic view that as long as people decide in a way the elite favours the state of democracy is in good working order; when, however, the decision rides against the wishes of the elite then they convene a crisis meeting…” he said. The election of Trump is “expressly good news for the world” since the views of the president-elect on the “export of democracy” are “favourable for the world”, he said, adding that the export of democracy “without limits” in the past had caused “a lot of trouble”. Various parts of the world have different histories, cultures and traditions, and these should be taken into consideration, he said.

Commenting on EU-Turkey relations, Péter Szijjártó said that a rational and cool-headed approach is needed in the current situation with regard to Turkey, since Europe’s security starts with Turkish stability. Szijjártó said the agreement between the European Union and Turkey on migration puts European security and stability in the hands of Ankara. Serious difficulties could ensue for Europe if the pact falls apart or is suspended, he said, adding that Hungary’s view is that any criticism of Turkey should be formulated with great care because if Turkey tips into a state of instability then this could lead to weaknesses in European security.

On the subject of the EU’s Eastern Partnership programme, Szijjártó said that the bloc’s credibility was “at stake” because it was “failing to meet its pledges” to Georgia or Ukraine, which he said had met all requirements necessary for the EU to grant a visafree status to their citizens. “Some member states and EU institutions” were coming up with new conditions unmentioned when the talks started, Szijjártó insisted. The EU must help countries willing to “take the path of European or Euro-Atlantic integration”, he added.

Ministers in Monday’s meeting proposed that an association conference should be held with representatives of the EU and Egypt, Szijjártó said, adding that Egypt’s stability was crucial for Europe. He also noted that foreign ministers of the Visegrad countries were planning to meet their Egyptian counterpart on Dec. 20. Concerning the EU’s draft global security and defence strategy, Szijjártó said participants in the meeting had adopted a passage proposed by Hungary aimed at stopping illegal migration. H

The Hungarian foreign minister said that “there is no security strategy without stopping the influx of migrants”, arguing that uncontrolled migration increased the risk of a terrorist attack and could lead to instability. Szijjártó said that distributing migrants under a quota regime conveyed “the wrong message”, suggesting to migrants that they could safely come to Europe because a mechanism was in place to ensure their accommodation. Efforts, however, should be focused on reducing the pressure of migration, he added.