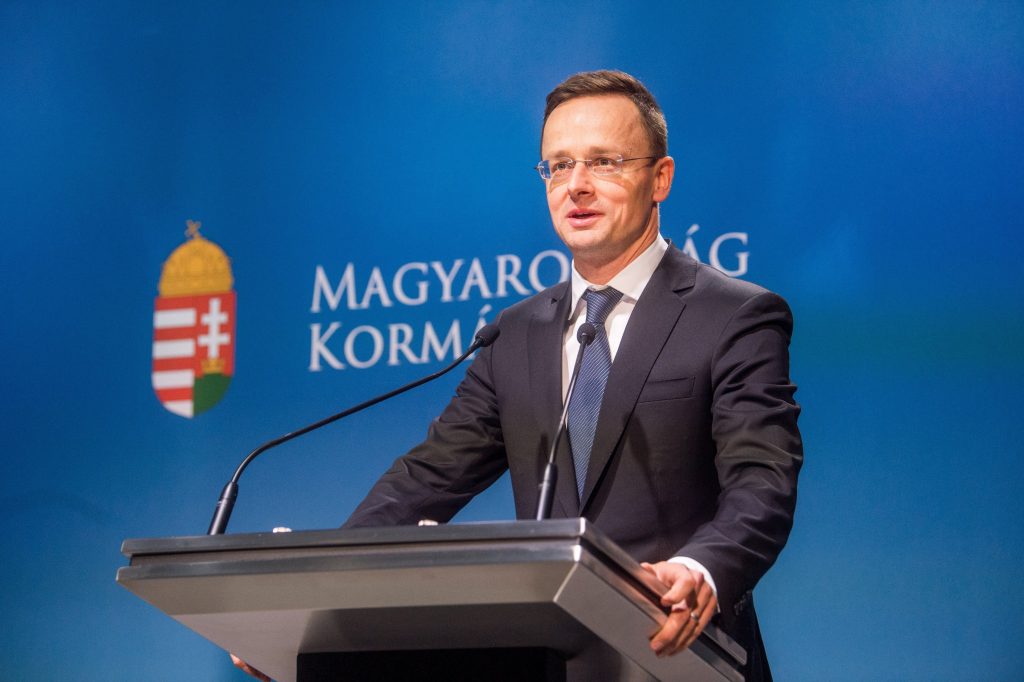 Hungary will start proceedings to quit talks in the United Nations on the UN’s migration package unless “there is a positive shift towards Hungary’s position”, said Péter Szijjártó, Minister of Foreign Affairs and Trade, at a press conference in Budapest on Wednesday.

MTI reported that the government has instructed Szijjártó to review the first draft of the package, to be published on February 5, and launch the procedure to quit the talks if the document is “as pro-migration” as its basis, the 2016 declaration in New York, in which the UN General Assembly agreed to spend two years negotiating the pact on  migration, and the UN Secretary General’s recent statement, where he said:

According to the foreign minister, the package is scheduled to be adopted at the end of this year and although inter-governmental negotiations have not started yet, the secretary-general “has already announced the results”.

Szijjártó also insisted that the so-called “Soros Plan”, the alleged plans of US financier George Soros concerning migration, did exist “as a clear concept” and “there seems to be a parallel” with the UN chief’s recent statement.

The foreign minister said that both the stance of the UN declaration and of the secretary-general’s statement were in conflict with Hungary’s position and interests in connection with migration. They suggested that “migration is good and unavoidable”, while according to the Hungarian government, migration is “not a positive trend” and it “poses serious security risks and can be stopped.”

It occurs that if Hungary will quit the talk, it will not be able to take part in the vote either. Szijjártó acknowledged that if a country quits the negotiations, it quits all of its elements.

In an interview with the Times of Malta, Deputy State Secretary Kristóf Altusz responded to questions about Hungary’s stance on migrants and its relationship with the EU by insisting that the country had already taken in about 1,300 refugees over the course of 2017 alone. This seems to contradict to the government’s rhetoric, which in the past two years alone, has launched several major campaigns around the issue of Europe’s migrant and refugee crisis.