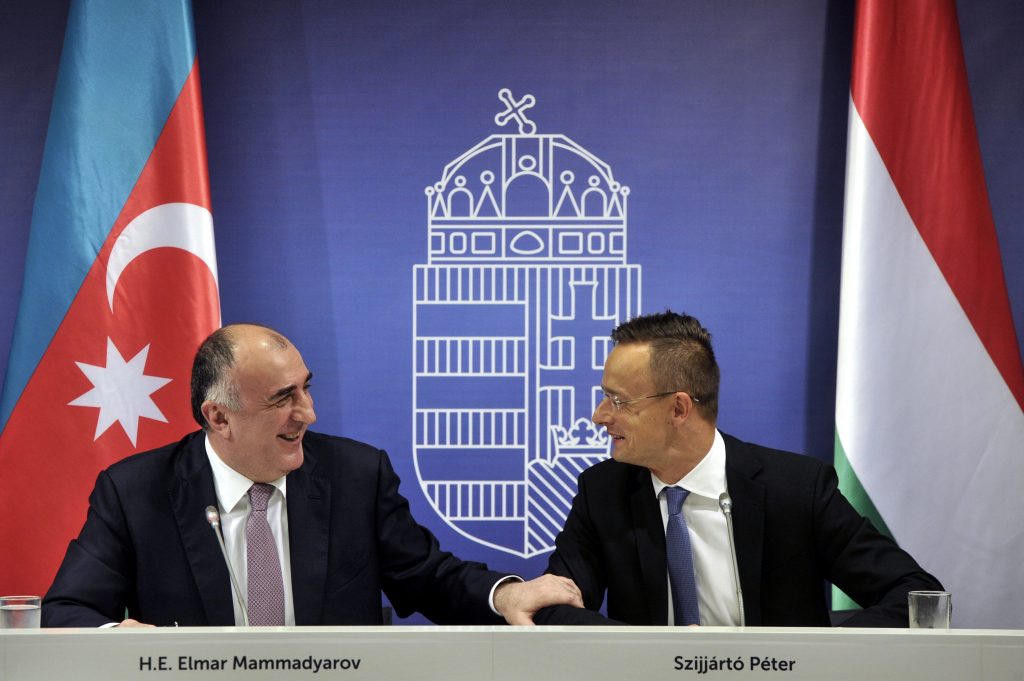 Speaking after the talks, Szijjártó told MTI that the Hungarian government has a vested interested in the manifestation of a successful partnership between the EU and Azerbaijan. In particular, the Foreign Minister emphasized the special importance of energy cooperation to such a relationship. 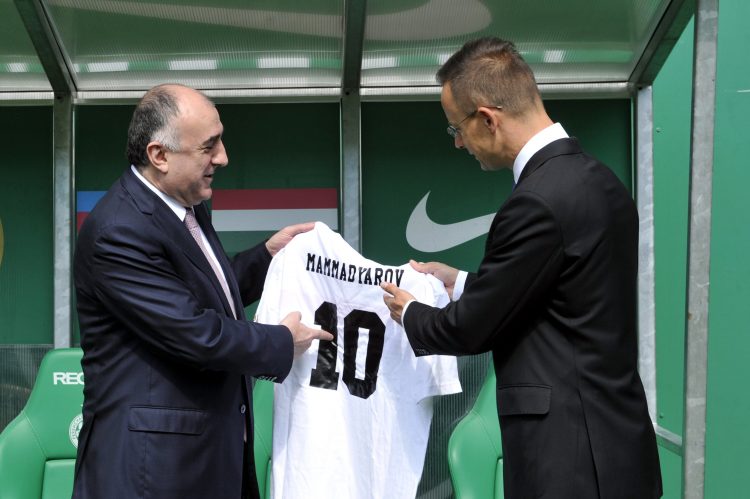 He also claimed that the fastest way to diversify Hungary’s gas supplies is by linking the country to the southern gas corridor, through which most of the gas will be supplied by Azerbaijan.

Szijjártó noted that the trans-Anatolian pipeline, which will carry gas from Azerbaijan through Turkey, will be completed next year. Initially it will have a capacity of 16 billion cubic meters, but will eventually be able to transport a maximum capacity of 26 billion cubic meters. The minister also pointed out that Hungary, Bulgaria and Serbia have signed agreements with Gazprom on preparations to build a large-capacity pipeline that would provide Hungary with access to Azeri gas.

On the topic of bilateral ties, Szijjártó said that the Hungary-Azerbaijan mixed economic committee would meet in early October, which will be followed by a visit by Azerbaijan’s president to Hungary.

In mid-September, the foreign ministers of the Visegrád Group countries will hold a joint meeting with their counterparts from the Eastern Partnership countries, he added.

A visit by Azerbaijan’s president, Ilham Aliyev, would be the latest in a series of dictatorial strong-men that Prime Minister Viktor Orbán’s government has either hosted or will be hosting in the future, following Russian President Vladimir Putin’s visit earlier this year, and the Hungarian PM’s plans to have Turkish President Recep Erdogan, who has overseen a severe curtailment of human rights and freedom in his country, visit later this year.

Aliyev, who has been in office since 2003, is not a particularly pleasant figure. In addition to muzzling the press and jailing political opponents, the authoritarian ruler, who took over from his own father (a KGB officer turned dictator), recently named his own wife as the country’s vice president.

In his press briefing, Szijjártó said that Hungary and Azerbaijan were continuously intensifying their economic ties, adding that more and more Hungarian companies were establishing a presence on the Azeri market. Currently 130 Hungarian companies are present on Azerbaijan’s pharmaceuticals market. In addition, he pointed out that one of Europe’s largest air cargo carriers, an Azeri company, now operates two Budapest-Baku flights a week.

In addition, the Budapest waterworks company, Fővárosi Vízművek, is working together with an Azeri partner on a ‘number of joint projects. In his talk, Szijjártó noted that, up to now, 11 EU member states have signed strategic agreements with Azerbaijan.

Azeri Foreign Minister Mammadyarov emphasized the importance of boosting cooperation between Azerbaijan and the European Union, arguing that it could prove beneficial not just in the field of energy, but in shipping as well.

He told reporters that Azerbaijan wants to deepen its ties with Hungary, and added that a strategic partnership with the EU could help advance this goal. In closing, Mammadyarov expressed Azerbaijan’s commitment to increasing its bilateral trade with Hungary.

Via MTI, Hungary Matters, cpj.org, rferl.org, and the BBC