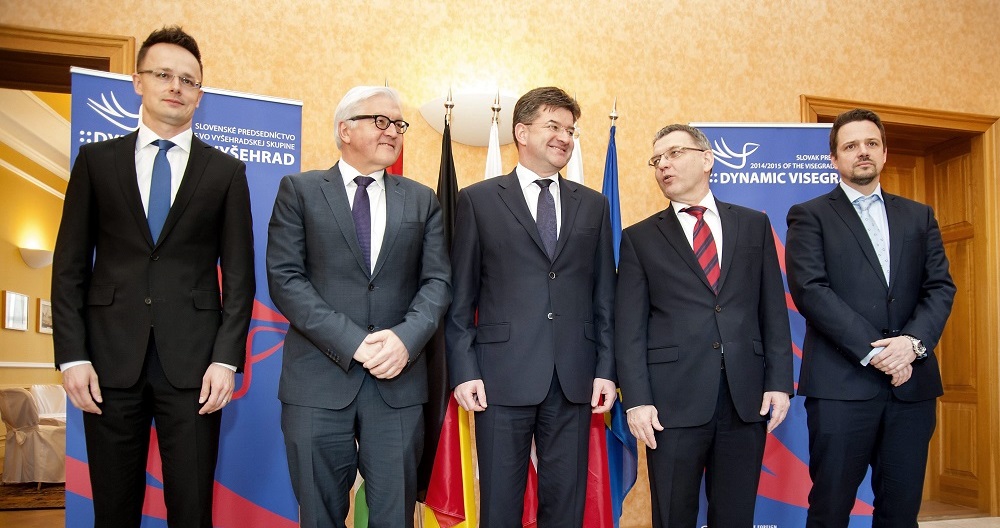 Cooperation between Germany and the Visegrad Four states will become an engine of growth for Europe, Foreign Minister Péter Szijjártó said. Germany has already had a great role in enabling the central European nations to perform better than the EU average, he said after a meeting of the foreign ministers of the Visegrad states and Germany in Bratislava. The meeting focussed on cooperation opportunities, energy security, the situation in Ukraine, Eastern Partnership and the Western Balkans.

The minister said the EU should play an important role in guaranteeing energy security in the region, and stressed that the North-South gas corridor should be established in any case. Energy security can only be established in the region if large infrastructure development projects are completed that enable the countries concerned to purchase energy at competitive prices. Szijjártó reiterated that the only acceptable solution to the Ukraine crisis is a peaceful one and welcomed the extension of the mandate of the OSCE mission and plans to double the number of participants. Hungary is ready to continue participation in the mission and maintain the proportion of its observers which is currently the fifth largest, he said.

Péter Szijjártó also gave an interview to daily newspaper Népszava recently, claiming that “concrete figures show that Hungary’s trade policy of eastern opening is paying dividends.” Due to “factors beyond our control” the value of Hungarian exports to certain countries to the country’s east fell by $1.6 billion but export growth of $600 million in other countries of the region partially made up for this, Szijjártó said in the interview. Due to international sanctions, exports to Russia have dropped by 15%, or $510, he noted. Ukraine’s economy has shrunk by 10% with a knock-on effect of a drop in Hungarian exports worth $310 million, he said, adding that the closure of Nokia’s plant in Komárom had dented telecommunications exports to the Arab world by $820 million.

“So a decision by a global company, a war in a neighbouring country plus a European Union decision on sanctions has taken $1.6 billion out of exports to the East…” the minister said, adding that the final balance was $1 billion in the minus column due to a countervailing pick-up in exports elsewhere in the region. “The situation is complex; I don’t want to paint a rosy picture … but there are really efforts being made which are bearing results,” he told the paper. Asked about the price Hungary may pay due criticism related to its relations with Russia, Szijjártó said that if a country’s social and political arrangements “are alien to our ways” then “we have to say that unfortunately we cannot put in such an [economic] performance given the price to be paid.”