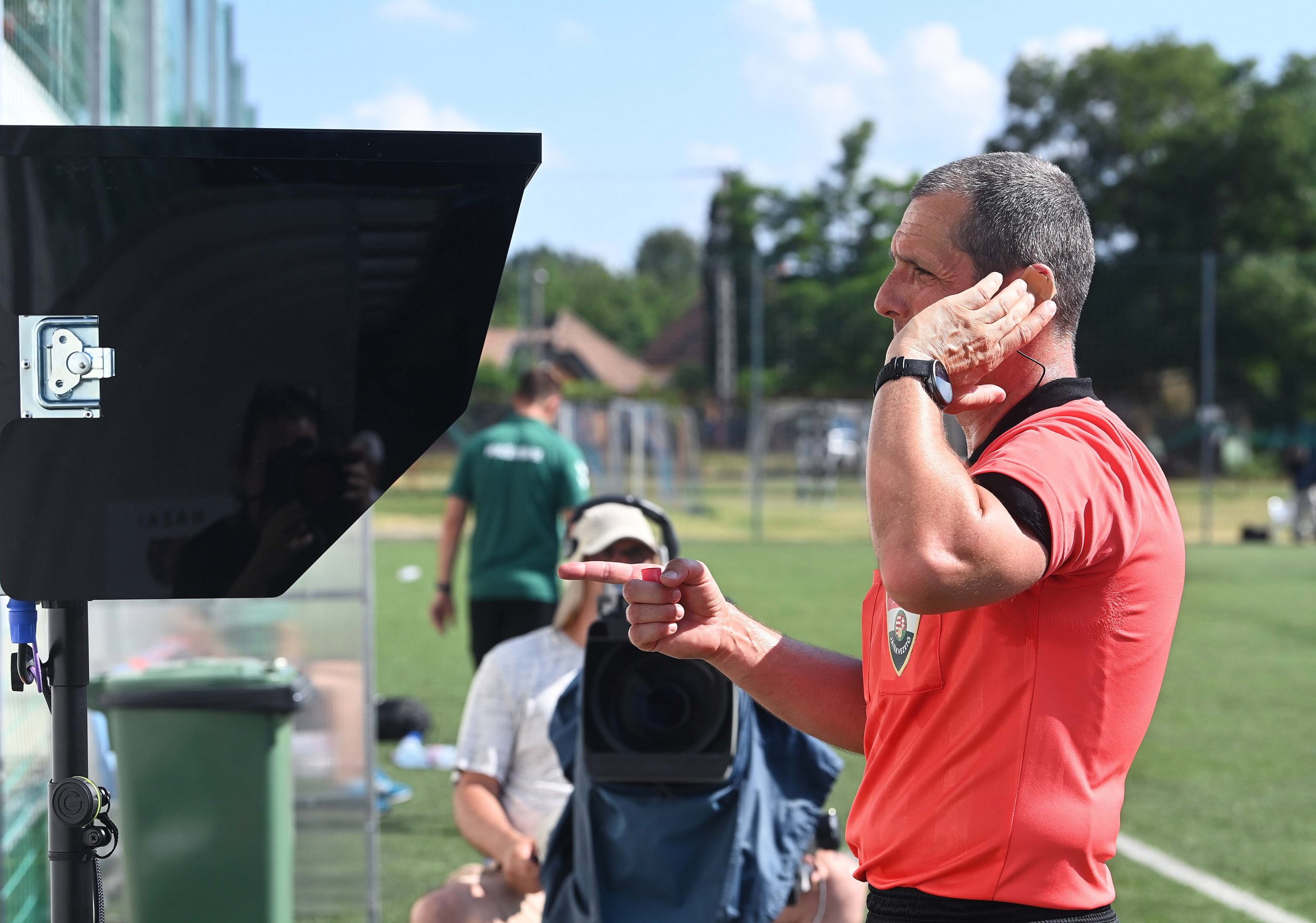 Following the announcement at the end of March, and tests and relevant trainings having recently concluded, the Video Assistant Referee (VAR) will go live in July in the first division of the Hungarian Football championships (NB1).

The Hungarian Football Federation (MLSZ) originally aimed to implement the system from the previous edition, something that had to be postponed due to the pandemic.

Eventually, the final step of training and preparations have been concluded this weekend. VAR project leader revealed that a total of 16 video referees and 15 assistants were trained in Hungary. There will be three people sitting in the VAR buses: the video referee, an assistant, and the play-back management operator.

János Zelei also emphasized that the VAR referee may only propose a review to the referee if available footage shows an obvious and evident error. The referee will be notified through the communication system, to either confirm or change his original decision based on the footage presented to him during the review.

He also disclosed that as of now there are only three VAR buses available in Hungary, consequently a maximum of three fixtures can be held in one day in NB1. He also explained that the introduction of the system is the 120-year-old MLSZ’s largest technical project up until now.

Interestingly, VAR’s introduction in world football has some Hungarian relevance too. At the Euro 2012, Hungarian referee Viktor Kassai wrongly annulled a goal for Ukraine (due to one of his assistants advising him to do so) at their crucial game against England, introducing a debate on the need for goal-line technology. Later at the 2016 FIFA Club World Cup, he became the first ever referee in the world to award a penalty after viewing a video replay. In addition, his mistake in the autumn of 2018 at a Manchester City-Shakhtar Donetsk clash in the Champions League reportedly contributed a lot to the system’s implementation in the middle of the season in the most well-known international club football tournament.