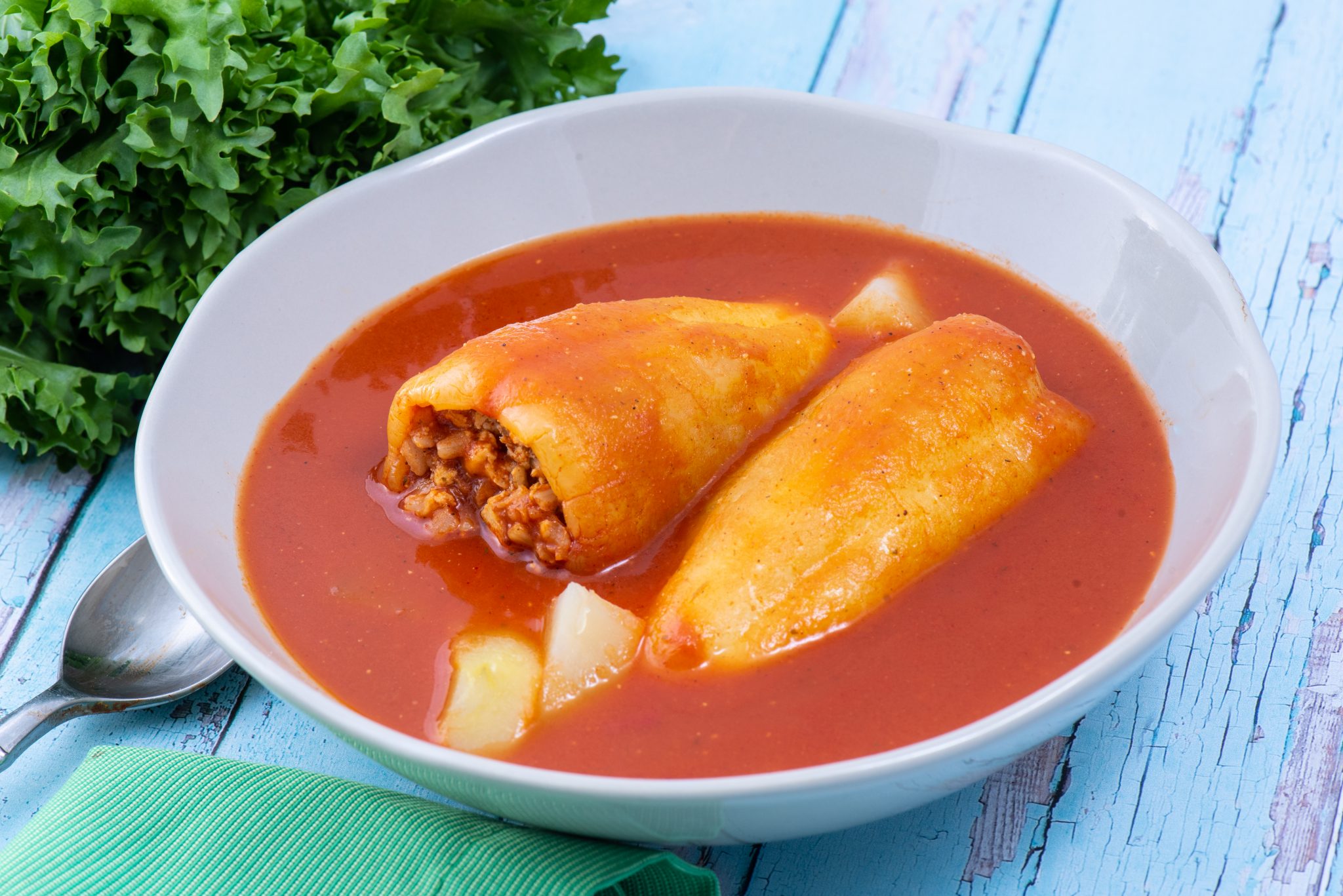 Although stuffed peppers do not necessarily appear on the list of the most typical Hungarian dishes, and downtown restaurants hunting for tourists don’t mention it on the same page as goulash either…there probably isn’t a Hungarian household where stuffed peppers are not regularly included in the family menu.

Almost every country has its own version of stuffed peppers- it is definitely recorded in Hungarian minds as a Hungarian dish, which has a raison d’être, as it really only spread in Hungary in this tomato sauce form. However, this way of preparation was presumably learned from the Serbs, who also use a similar method, but the Serbs most likely adopted the recipe in Turkish times. However, our stuffed peppers are probably the result of the wild marriage of tomato meatballs and Serbian stuffed peppers, as Hungarians cannot even imagine stuffed peppers without tomato sauce. And the secret of the sauce lies in the fact that Hungarians also use the pepper broth to make the sauce. 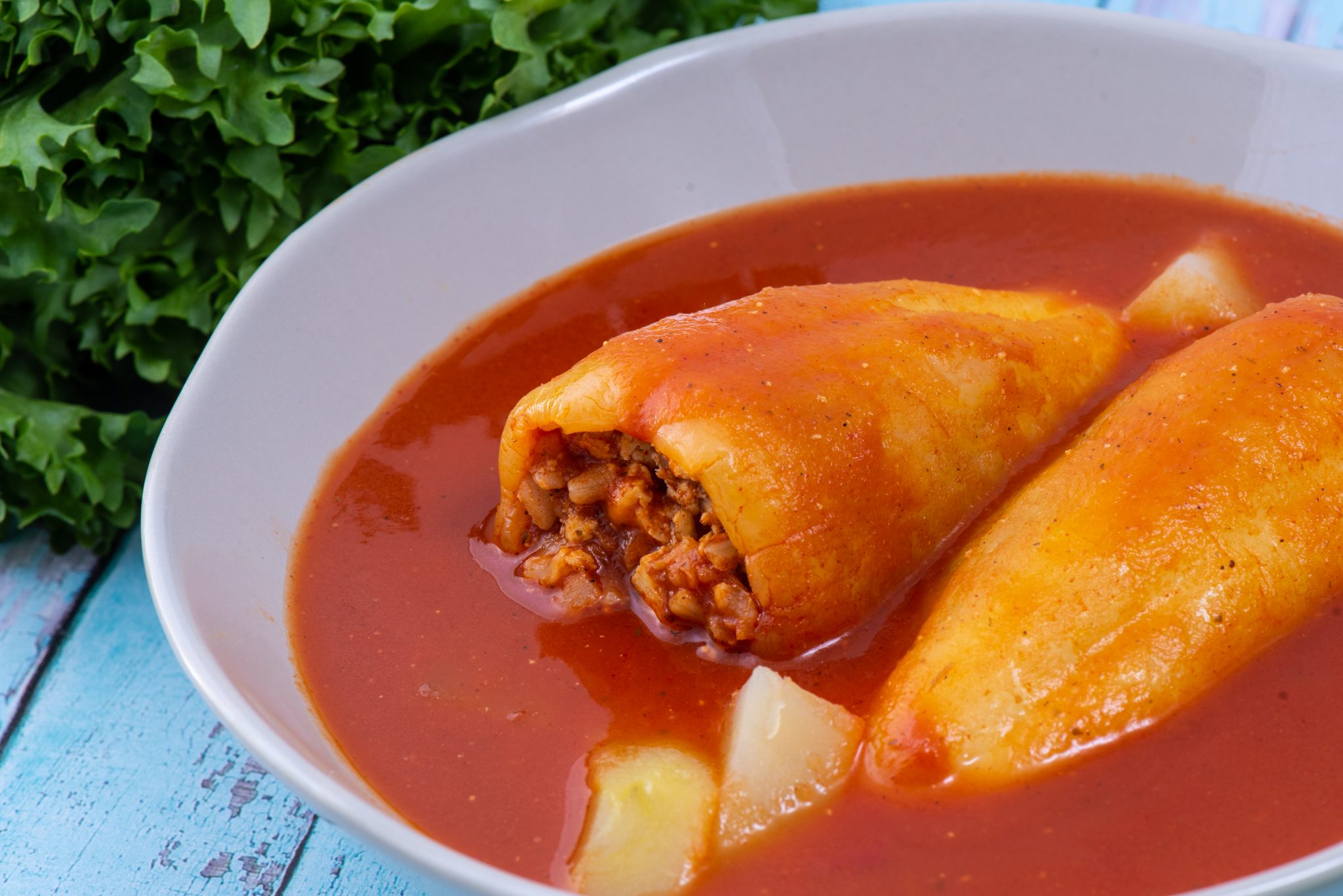 First, start to prepare the filling of the stuffed peppers. Semi-cook the rice, then let it cool. Sauté the onions in the fat in a pan and grate the garlic in. Then mash the ingredients of the filling together: the minced meat, fried onions, rice, and eggs, and season with garlic, salt, and pepper.

When the filling is ready, prepare the Hungarian yellow wax peppers for filling: thoroughly wash and carve out the core. Then fill the peppers with the minced meat filling. It is important to fill them without cavities, because if there are holes, the peppers will collapse while cooking. But it is important not to add too much filling either, as in that case, the peppers may crack. When the peppers are ready, put them in as much boiling water to cover the peppers and cook it for roughly half an hour.

When the peppers are boiling, heat the 100 grams of lard for the tomato sauce in a pan, then add the flour and fry it, until it turns light brown. Then pour in 8 dl of broth from the peppers, then add the concentrated tomato paste and the salt. Then put the celery leaf and onion in the sauce and cook for another half an hour. When done, add the stuffed peppers and cook for 5 minutes until it is ready. Serve with boiled potatoes on the side.