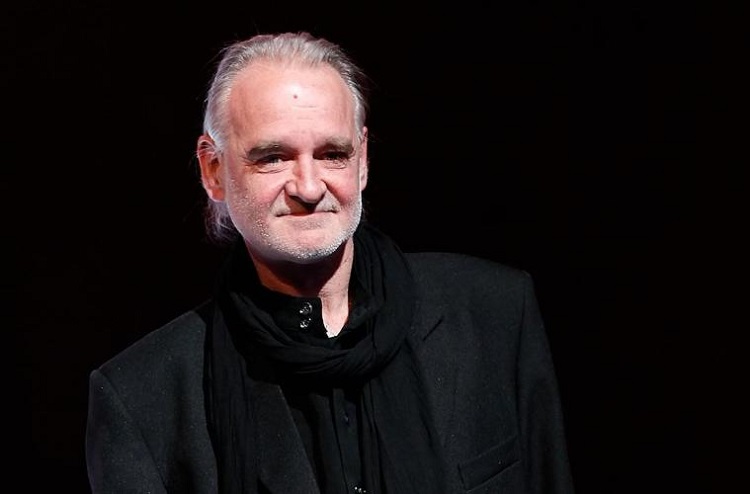 celebrates cinema, culture and art, presenting films from countries, which were once part of the historical network of the Silk Road ancient trade routes and focuses in particular on Asian, Arab, Persian, Middle Eastern, African, Mediterranean and European cinema.

This year’s Silk Road Film Festival will be held from the 8th to the 12th of March, and will feature over 65 films, including features, documentaries, animated films, short films, and student films. The festival will also feature masterclasses, one of which will be taught by Béla Tarr himself.

Tarr will receive the festival’s “Honorary Lifetime Achievement Award” at the opening ceremony. Past winners of the award have included three-time Oscar winning cinematographer Vittorio Storaro, who won Academy Awards for his work on Apocalypse Now, Reds, and the Last Emperor; and Iranian cinematographer Mahmoud Kalari, known for his work on the Oscar-winning film Separation.

In addition, on Friday Béla Tarr will receive an honorary doctorate from Trinity College, Ireland’s oldest university, whose alumni include luminaries ranging from Samuel Beckett to Oscar Wilde to Jonathan Swift.

Tarr, widely regarded as one of the cinematic world’s greatest innovators, was born in Pécs, southern Hungary, in 1955. Over the course of his career he has won many cinematic accolades and awards, and his films are often included on lists of the best films ever made.

Discussing Tarr and his work, American directing legend Martin Scorsese described him as

one of cinema’s most adventurous artists, and his films, like ‘Satantango’ and ‘The Turin Horse,’ are truly experiences that you absorb, and that keep developing in the mind.

Perhaps Tarr’s most famous work is his masterpiece Satantango, which he worked on for eight years until it finally appeared on screen in 1994. For Susan Sontag, Bela Tarr’s works are among the masterpieces of the last 20 years; he is a “savior” of contemporary cinema and she would gladly watch Satantango at least once a year. The film is based on the novel by László Krasznahorkai, whom the Hungarian director worked with for the first time on “Damnation” (1988); in 2000 he shot Werckmeister Harmonies based on Krasznahorkai’s novel The Melancholy of Resistance. The result is a “bleak proto-evangelical poetry and a melancholic parable unique in today’s cinema”.

Sátántangó is situated in a provincial Hungarian town stiff with the cold and fog. In the opening 20-minute shot the narrator János Valuska illustrates the solar system in a pub by making visitors play the planets. This is a prelude to the main conflict – the arrival of a mysterious circus. People from all around come to the central square around the circus tent to see the main attraction – the carcass of a huge whale.

Another of Tarr’s most famous works is The Turin Horse, once again by the proven team of Béla Tarr and László Krasznahorkai. The film received the Jury Grand Prix and the FIPRESCI prize at the 2011 Berlinale and was presented in The Big Five section of the 16th Sofia International Film Festival.

The Turin Horse is “both easy and impossible to describe”, according to The Los Angeles Times. According to critics it’s a “meditation of exceptional beauty, capable of haunting your thoughts for a long time. It is not empty but perhaps it puts us face to face with emptiness – like Nietzsche’s abyss staring at us as we try to unravel its secrets.”