Next week will mark the celebration of Hungarian film in Budapest, as the Hungarian Film Week and Film Awards will be held between 26th-29th of February at Corvin Cinema. This year, a total of 114 films were nominated for the Hungarian Film Awards, of which the preliminary jury selected 59. At the Film Week, among others, films like Hungary’s Oscar entry Those Who Remained (Akik maradtak), Valan, Tall Tales (Apró mesék), vampire comedy Comrade Draculich (Drakulics elvtárs), and the new television film of the Oscar-winning Deák Kristóf, Captives (Foglyok), will be screened at Corvin Cinema.

In addition to the nominated films, there will be screenings of out-of-competition films, episodes of Hungarian television shows, as well as ten animated films, ten educational films, ten short films, and ten documentaries. The whole program is available on the Corvin Cinema’s website.

Films produced for television distribution – television films, tv feature films, documentaries, educational films, animated films, and television series – will be available to watch for free, while movies can be watched for a 500 HUF ticket price. Tickets are available from February 22nd at the Corvin Cinema ticket office or online. 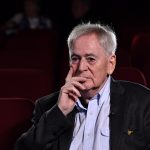