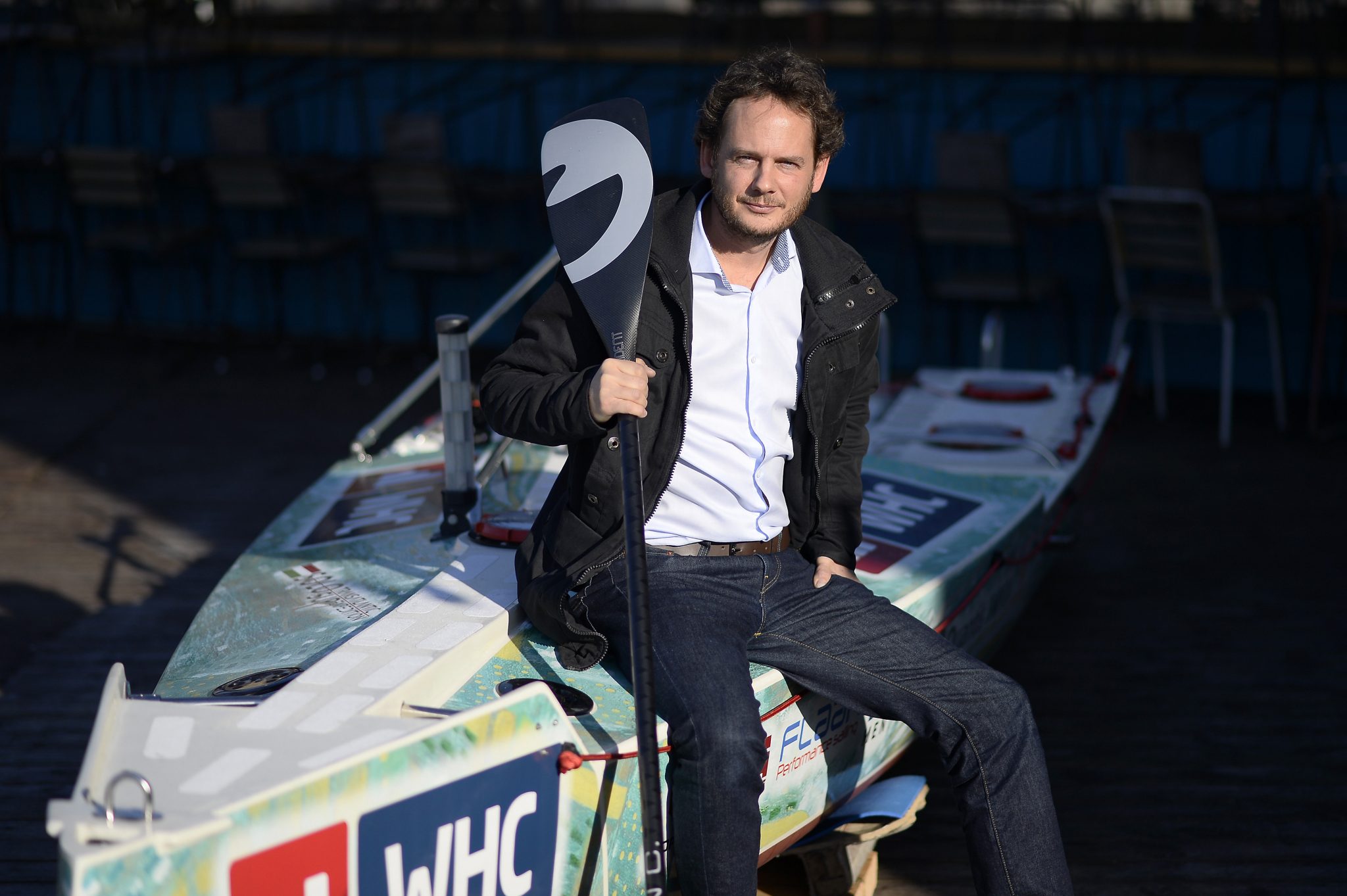 Two-time Guinness World Record holder, sailor Gábor Rakonczay, who has crossed the ocean six times, is preparing for his next adventure, which starts on January 20, 2020. The Hungarian extreme athlete is about to cross the Atlantic Ocean with a self-built SUP, a 5.5×1.5 meter long surfboard. The expedition starts from Gran Canaria, from where Rakonczay is scheduled to sail the 5,200 kilometers to Antigua in 55-65 days.

Rakonczay is no stranger to extreme adventures: in 2012, he became the first man to cross the Atlantic solo in a canoe, breaking the world record, and last year he reached the South Pole, making him the first Hungarian to ever do so. Starting off from the coast of Antarctica, it took him 44 days and four hours to complete the 917 km distance.

Rakonczay Has Become the First Hungarian to Reach the South Pole

In addition to Rakonczay, his professional partner Norbert Szabó-Ádám also attended the press conference on the expedition on Tuesday. The completely unique 5.5-meter-long and 1.5-meter wide SUP was built by Rakonczay himself in two months and the extreme athlete is expected to complete the 5200 kilometers journey between Gran Canaria and Antigua through the Atlantic in 55 to 65 days.

The Gran Canaria-Antigua route is a classic one, also called 'barefoot route' in boat circles, as this is the easiest way to get to the Caribbean from the shores of Europe. Thanks to the currents of the ocean, one could even reach the Carribean or Brazil in 8-10 months without peddling. The Atlantic is best suited for crossing at this time of year, because storms are the rarest, but you have to hurry to land in Antigua before the hurricane season begins.

Rakonczay first ventured into the Atlantic in 2007. Back then, the sportsman set off with a two-cabin vessel. In 2012, he tried again alone, as the first in the world to cross the ocean in a canoe. Thinking back at the expedition, he admitted that it was a misguided expedition, where he made several mistakes and started off without due humility or preparedness. He lost his communication tools and contact with the outside world, and for four weeks, it was not even sure if he was still alive. 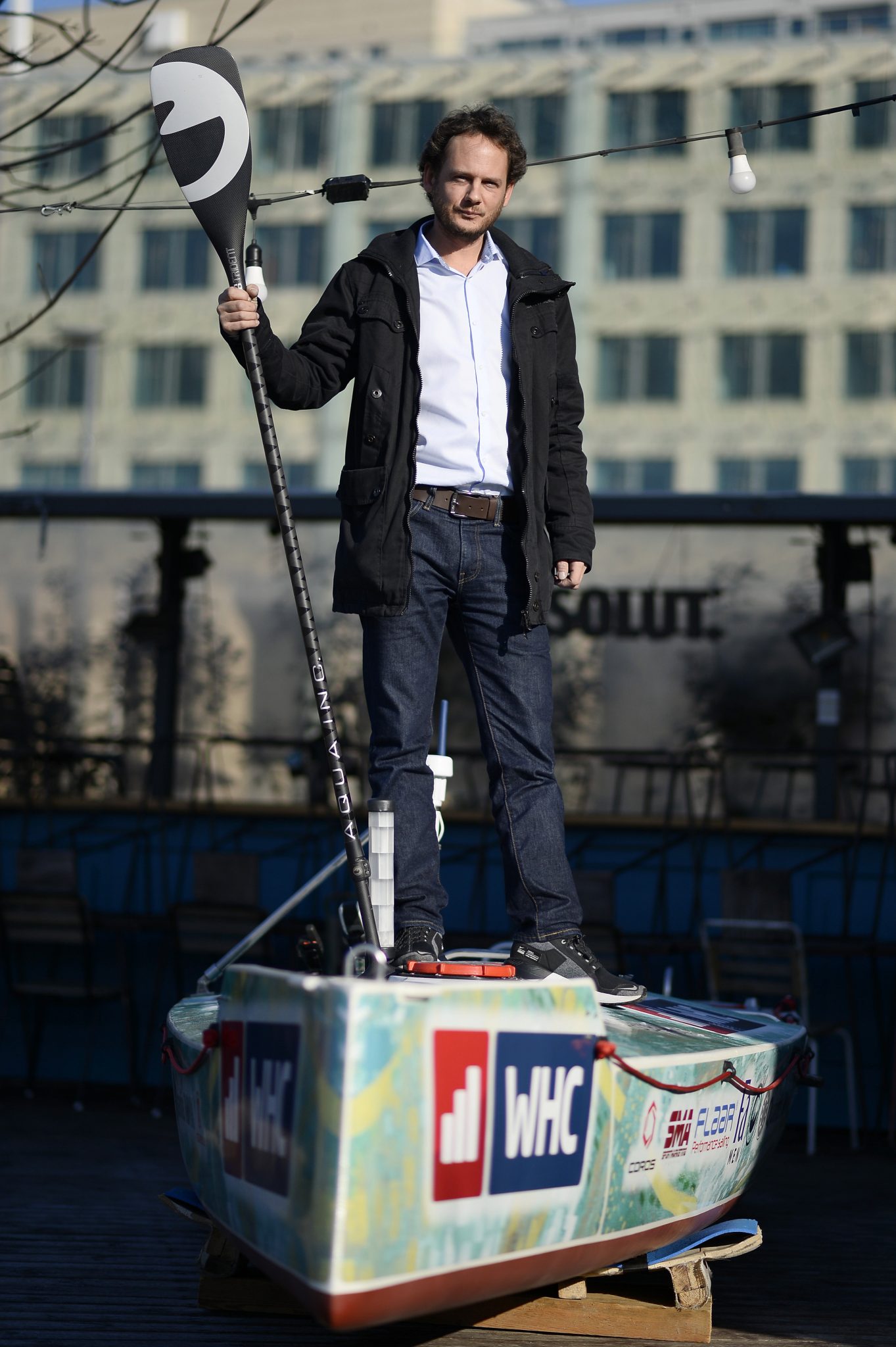 He started to think two years ago about what is the minimal set of tools and equipment he needs for such an expedition. During his earlier trips, when the weather turned bad, he just retreated to his cabin. This time, he will only have the SUP, without any further protection. He expects to run into shorter, few-day storms in lucky cases, which may be his biggest challenge.

Apart from food and technical equipment, he will carry almost nothing. He brings four satellite transmitters and two satellite radio telephones. Over the course of the 5,200 kilometers journey, Rakonczay will be secured with a life-saving rope – thus, he only counts with 20-minutes long sleep cycles.

Rakonczay said that nowadays extreme athletes are not taking any unnecessary risks and he also prepared for the expedition with this approach in mind. If he press a red button on one of his three radio devices, it immediately notify the nearest rescue units. However, the closest ship may be thousands of kilometers away, making it hard to save the sportsman. 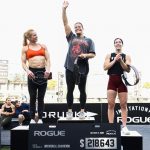 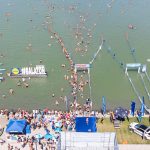