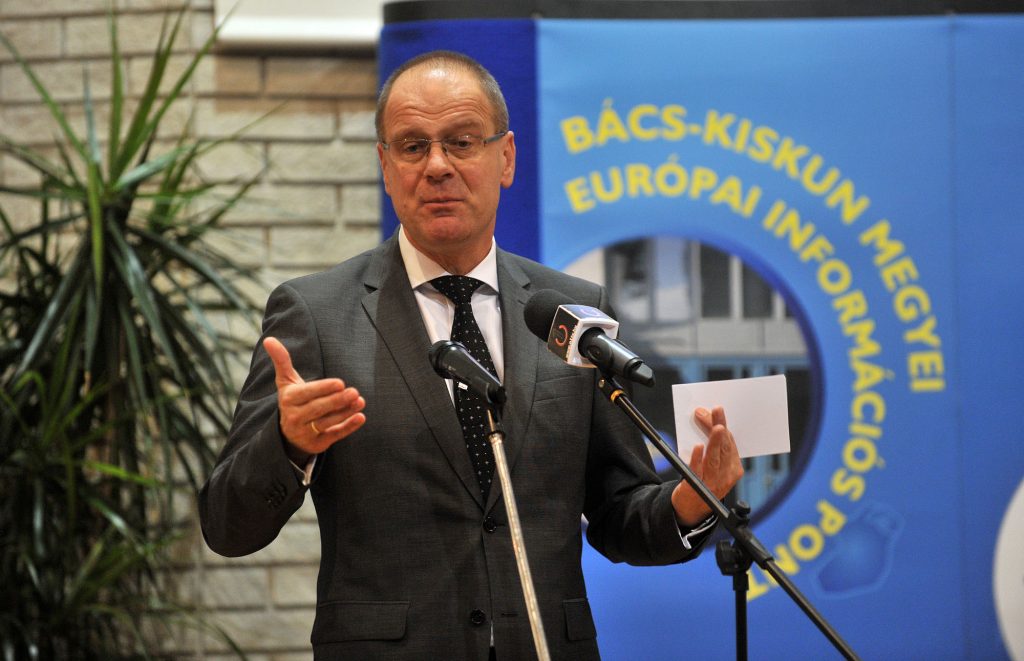 Speaking at a forum on the future of Europe, Tibor Navracsics, a Hungarian Fidesz politician and the EU Commissioner for Education, Culture, Youth and Sport, dismissed the Orbán government’s ongoing claims about the existence of a so-called “Soros plan,” as being based on two newspaper articles, as well as having nothing to do with the European Union whatsoever.

Tibor Navracsics, speaking on Friday at an event in Kecskemét entitled “Dialogue with Citizens”. The EU Commissioner (right) is seated next  to Gábor Zupkó, Head of European Commission Representation in Hungary (Photo: Csaba Bús – BAON)

At the forum in Kecskemét, Navracsics said that, contrary to the claims of Prime Minister Viktor Orbán and other Fidesz politicians, the “European Commission has had no discussions about [the ‘Soros plan’], and it is nowhere to be found in the Commission’s plans.”

Going further, Navracsics described the Fidesz government’s claims of a ‘Soros plan’ (which also form the basis of the Orbán government’s latest, controversial billboard campaign) are based on nothing more than “one or two newspaper articles written by George Soros at the start of the migration crisis in the fall of 2015.” In addition, the Commissioner added that

Navracsics’ recent statements echo those he made this past September, when he similarly described the ‘Soros Plan’ campaign as nothing more than “an element of the rhetoric of the upcoming [2018] election campaign.”

In addition, while speaking in Kecskemét, Hungary’s European Commissioner lamented the fact that

You can view a portion of Navracsics’s talk (in Hungarian) below:

According to the questionnaire, which is the latest salvo in the Orbán government’s ongoing attempts to portray the Hungarian-American billionaire George Soros as the enemy of the Hungarian people, the financier has a secret ‘plan’ to bring in millions of refugees into the EU, to dismantle border fences, and to, in general, aid migrants at the expense of Europeans. The current campaign is the second in the past several months to feature Soros: over the summer, a government billboard campaign warning the public not “to let Soros have the last laugh” was plastered throughout the country, despite Jewish groups’ concerns over the billboards’ potential for stirring up anti-Semitic sentiment.

These accusations are based on various op-eds and essays that Soros has written, which Navracsics mentioned in his recent talk. Despite the Hungarian government’s claims, however, a spokesmen for the influential billionaire have repeatedly dismissed the existence of such a plan in the first place; it should be noted, in addition, that the government’s ‘consultation’ questions notably cherry-pick from these statements, selecting and placing out of contexts comments made by the financier, who has in fact criticized the EU’s refugee quota system, in order to claim the existence of a “Soros plan.”

One example of this is the questionnaire’s statement that “George Soros wants to ensure that migrants receive lesser punishments for crimes they commit,” a claim that has no basis in any written documents or statements, and that is in fact the basis of a lawsuit that the NGO Helsinki Committee has filed against the Cabinet Office of the Prime Minister.

Following Navracsics’ first comments about the ‘Soros plan’ at the end of September, several Fidesz politicians attacked their former colleague, accusing him of being a traitor and an ‘agent of Soros’ himself.

In particular, Deputy Prime Minister Zsolt Semjén accused the EU Commissioner of being a traitor to Hungary; at the time, Navracsics described this attack as “unfair”, and expressed his “particular displeasure” that “the people who are saying this are the same ones who for the past 10-15 years have praised my brilliance, and who have always gone on about what good friends we are.”

When asked again about the Deputy PM’s comments, Navracsics reiterated his feelings of displeasure, adding that “I believe that Zsolt Semjén also knows that I am not [a traitor].” Continuing in this vein, the EU Commissioner argued that “this is not a question of treason; this is a dispute between the Commission and the Hungarian government.” 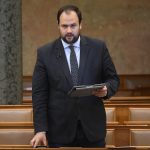