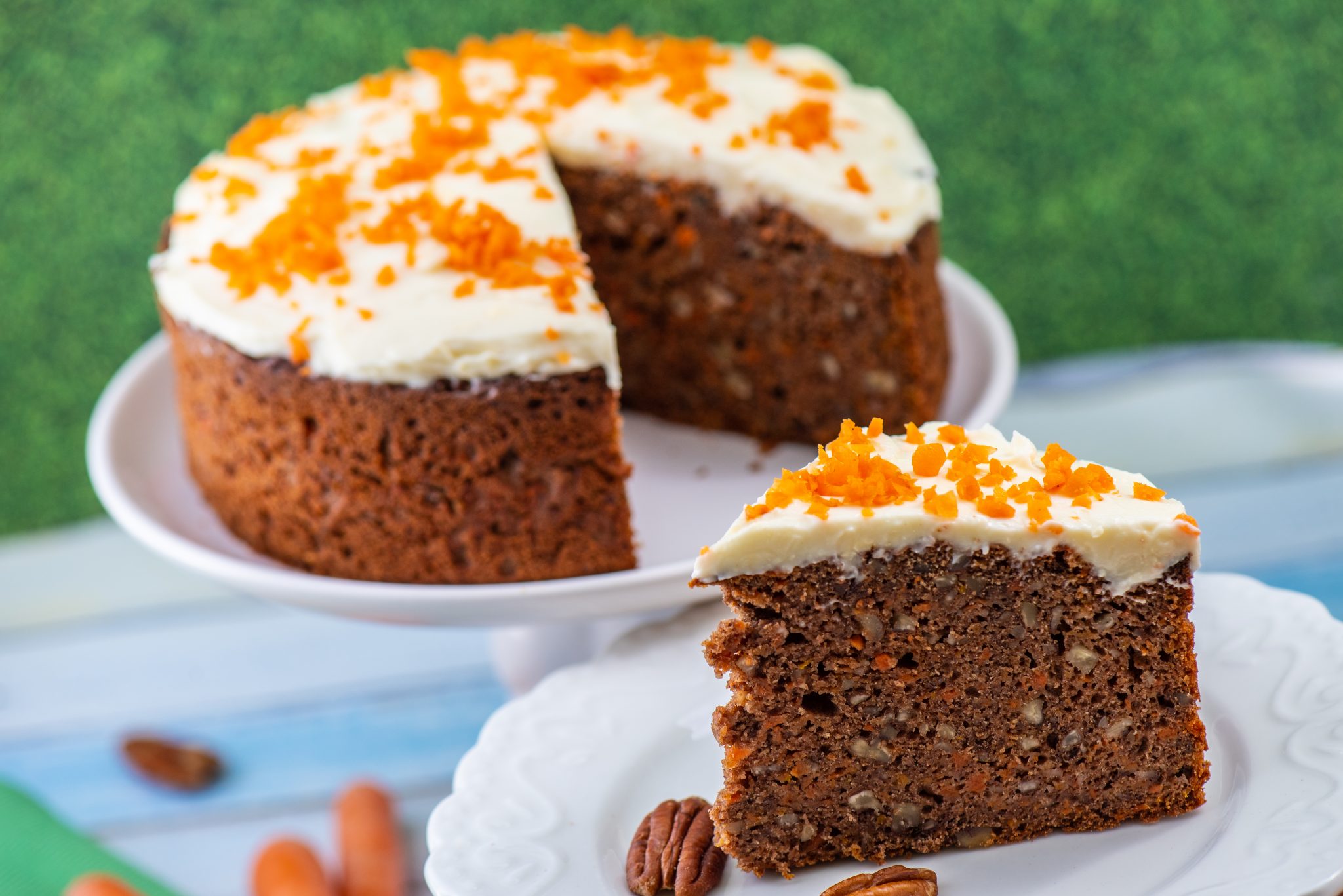 The greatest Christian celebration, the resurrection of Jesus Christ, is celebrated in Western churches at Easter time. Just like at Christmas, there are many international foods without which people cannot imagine a holiday, such as smoked or cooked ham on Easter Sunday, and lamb on Easter Monday.

Perhaps Easter is the only holiday in the world for which we do not find differences between countries on the festive tables. Among the meats, smoked ham is widespread in northern and central European countries, including Hungary, after the forty days of Lent ends.

In Hungary, Easter always falls on the Sunday after the first spring full moon, typically between the 22nd of March and the 25th of April. It is celebrated after a 40-day Lenten period. In many parts of the country, especially up until the second half of the last century, the “oily dishes” were rinsed on Ash Wednesday and used only for Easter. Meat and fatty foods were not eaten. This is not enforced today, but many people still refrain from eating meat.

However, contrary to popular belief, it was not ham that was consumed for the first time after the days of fasting, but lamb, as is still the case in Greece today. Hungarians still eat lamb, but most of the time on Easter Monday. Otherwise, they usually put freshly baked bread, Easter lamb, hard-boiled eggs, various types of ham, sausages and braided brioche at the center of the table during the holiday.

Italians, although they also eat sausages at Easter just like Hungarians, rather raise salami to a pedestal at this time of the year. What is more, they also serve a type of salami called Capocollo to the guests – with traditional cheesecake- which they first cut at Easter. While in Slovenia, for example, ham is accompanied by an Easter sausage.

Easter Customs and Foods in Hungary

There is more diversity between the Easter dishes of countries concerning sweets. While Germans, Italians, and Slovenians make a certain kind of cheesecake at this time, Hungarians put braided kalács (a brioche-like sweet bread) on the holiday table.

However, there is a common intersection all over the world: carrot cake. Although not a traditional Hungarian Easter dessert, carrot cake is still what most people tend to make at Easter around the world, and nowadays more and more people in Hungary prepare it for the spring holiday season as well.

Only few people today know that this dessert was brought to the Easter menu out of necessity. The dessert was first really bitterly received, as the lack of food caused by the world wars forced housewives to reach for vegetables instead of fruits when making the cake. However, it soon became quite popular and remained among the traditional dishes. In addition to being easy to make, it’s also very healthy. 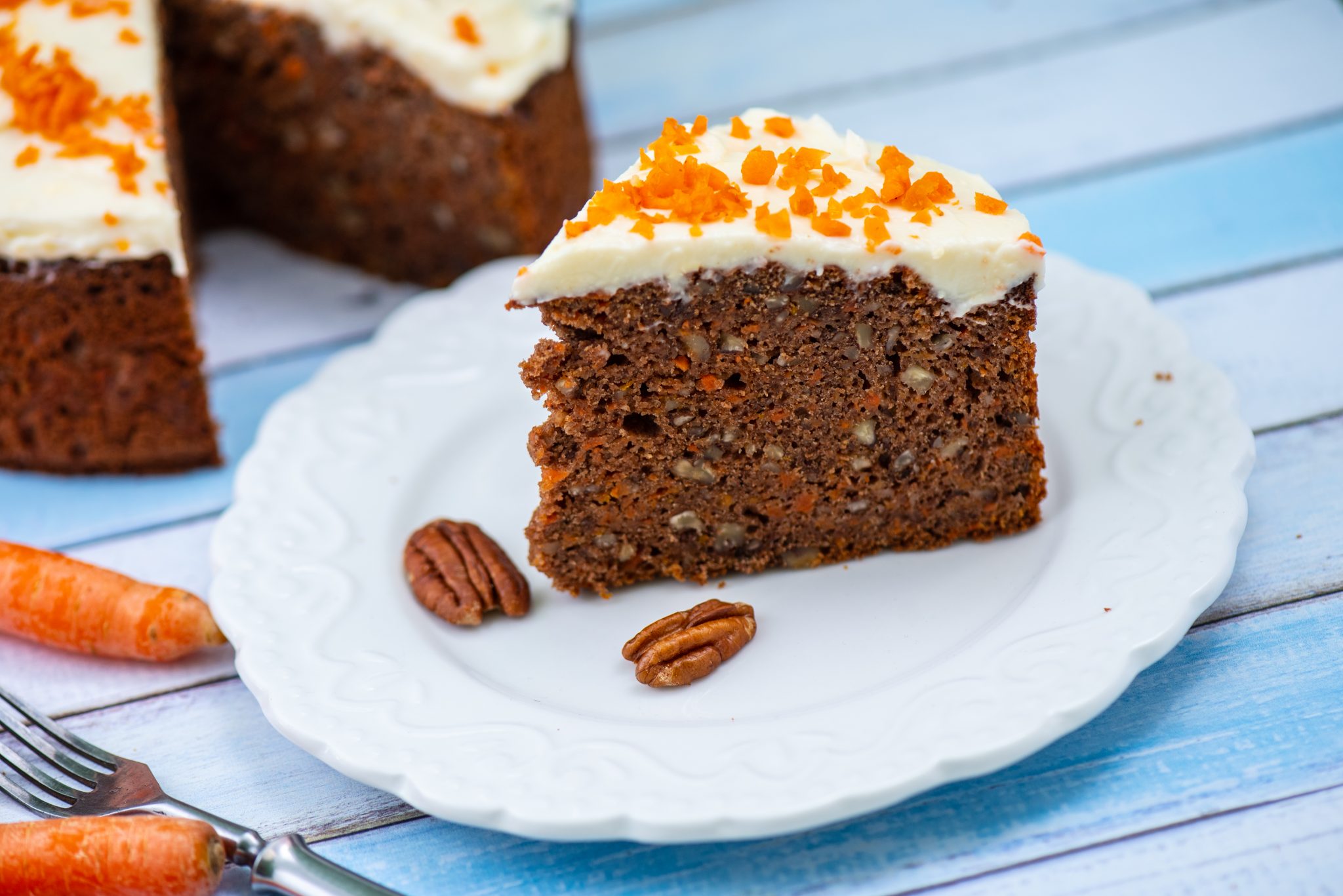 First, preheat the oven to 165 degrees. Then, peel the carrots (it should be 250 grams when all cleaned). Chop them into bigger pieces if needed, then grind in a kitchen chopper. If you don’t have one at home, you can also grate it on a large-hole vegetable or cheese grater.

Then grind the walnuts or pecans in the chopper the same way. If it is possible, don’t buy finely-ground walnuts or grind them in a coffee grinder, because that way there won’t be big enough nut pieces in the cake – and the carrot cake will look much better when there are larger nuts in it.

Once you have grinded and grated everything, mix the carrots and walnuts, then add the sugar, stir the mix, then add the eggs and oil, mix it again, and finally add the flour and baking powder. Stir the whole mix together well and lastly,  add the spices and orange peel to your dough as well. 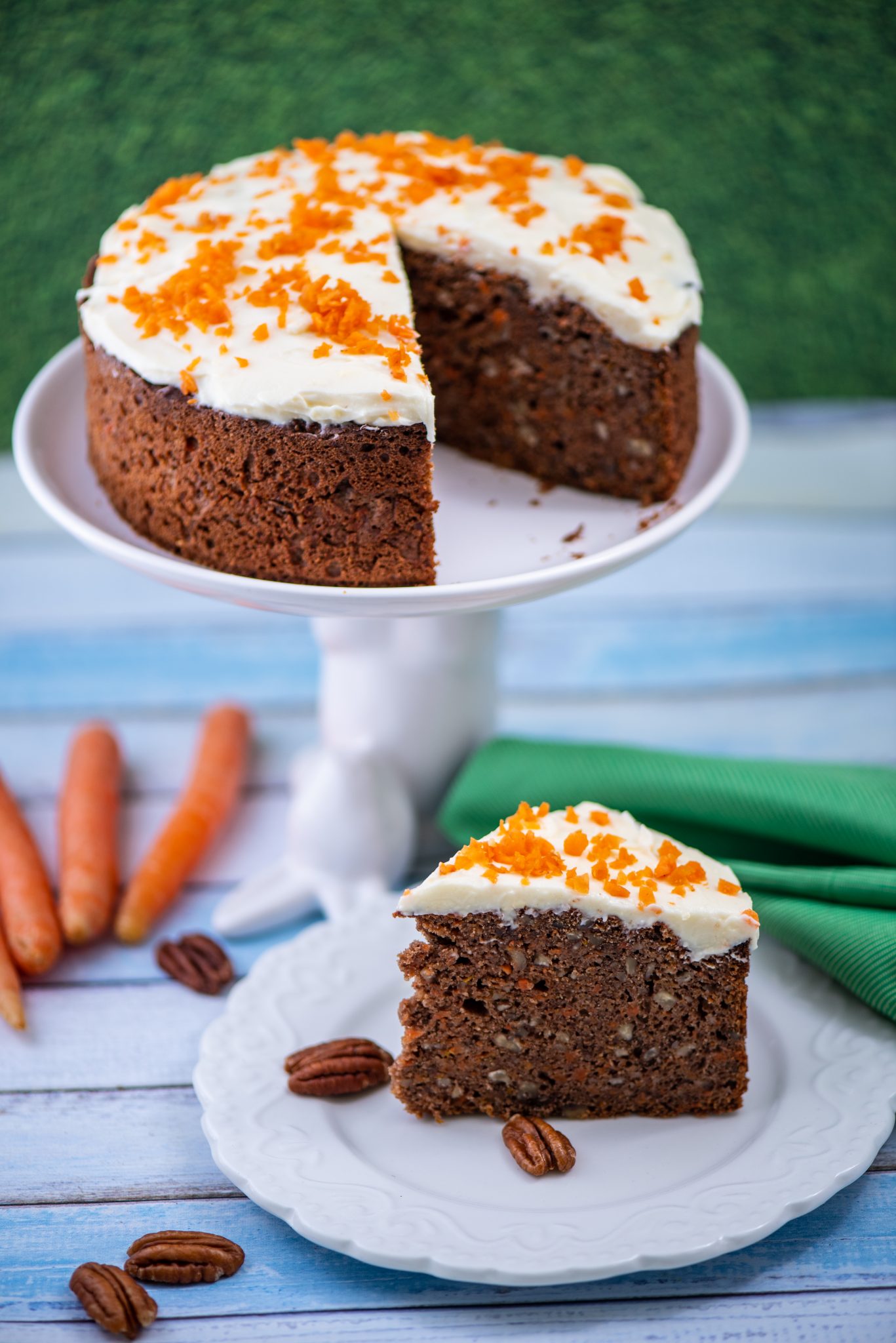 Prepare an 18-centimeter staple cake tin, butter the sides, (or you can also line the bottom of the tin with parchment paper for easier removal). Pour the dough into the cake tin and place the cake in the preheated oven (165 degrees) and bake for 50 minutes. After taking the cake out, let it cool a bit,  then take it out of the tin and cool it completely on a rack.

For the cheese cream frosting, combine the room temperature butter with the powdered sugar and mascarpone and then frost the top and sides of the cake with it in one even layer.

The 25 grams chopped carrots can also be mixed directly into the cream, but you can also sprinkle the top of the cake with it. Stirring the carrot into the cream may be more practical, because it won’t turn brown over the next few days – if it even lasts for more than a day. Extra tip for the sweet-toothed: you can also make a double serving of the cream, and then you can serve the cake with an extra spoon of frosting on the side.

Translation and editing by Fanni Kaszás