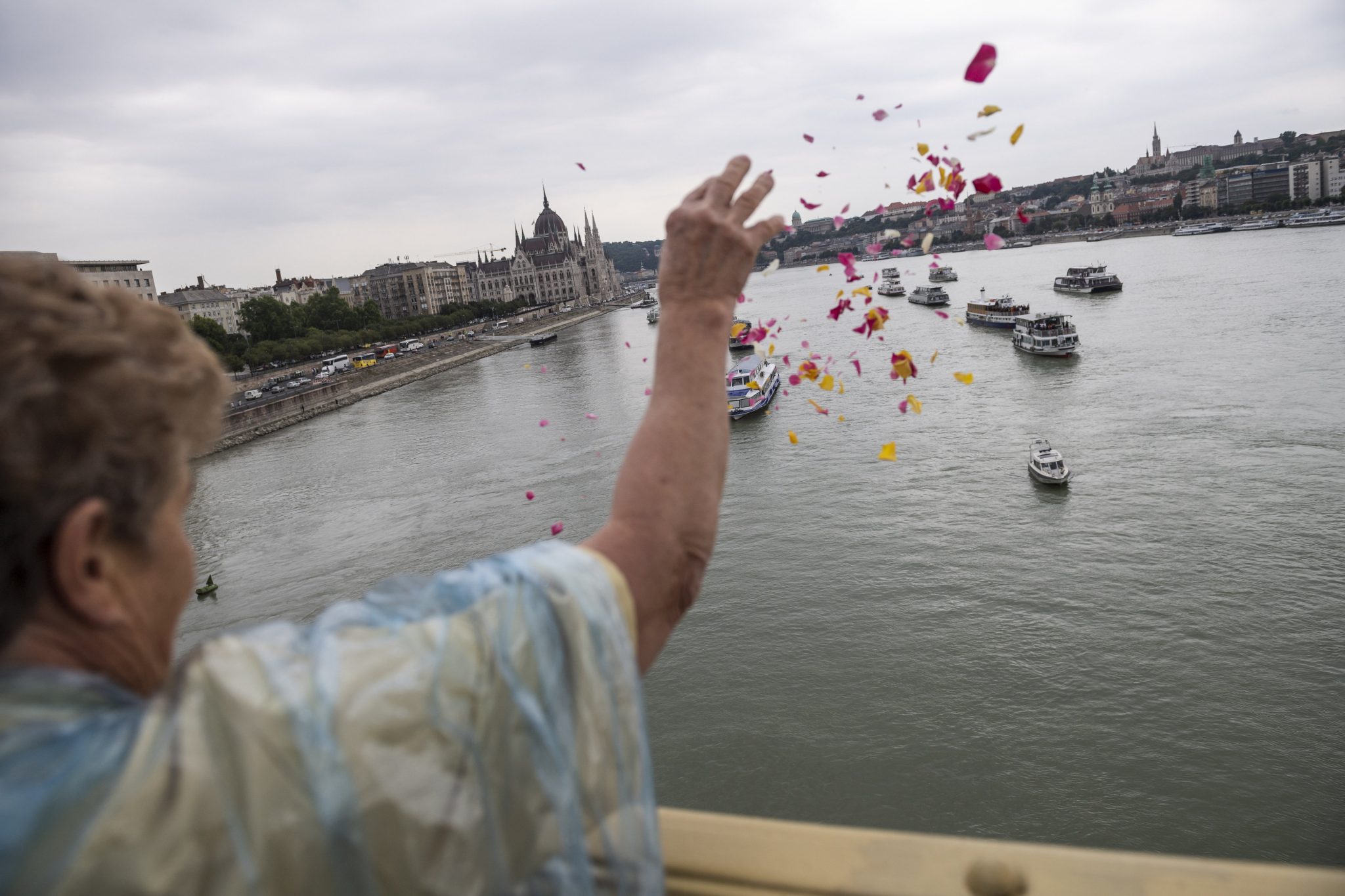 On Friday, a commemoration was held in central Budapest paying tribute to the Hungarian crew of the Hableány (Mermaid) sightseeing boat which capsized and sank in the river on May 29th. Many people gathered around Margaret Bridge to commemorate the victims of the tragic accident, and a wreath was thrown into the water, remembering the South Korean victims. 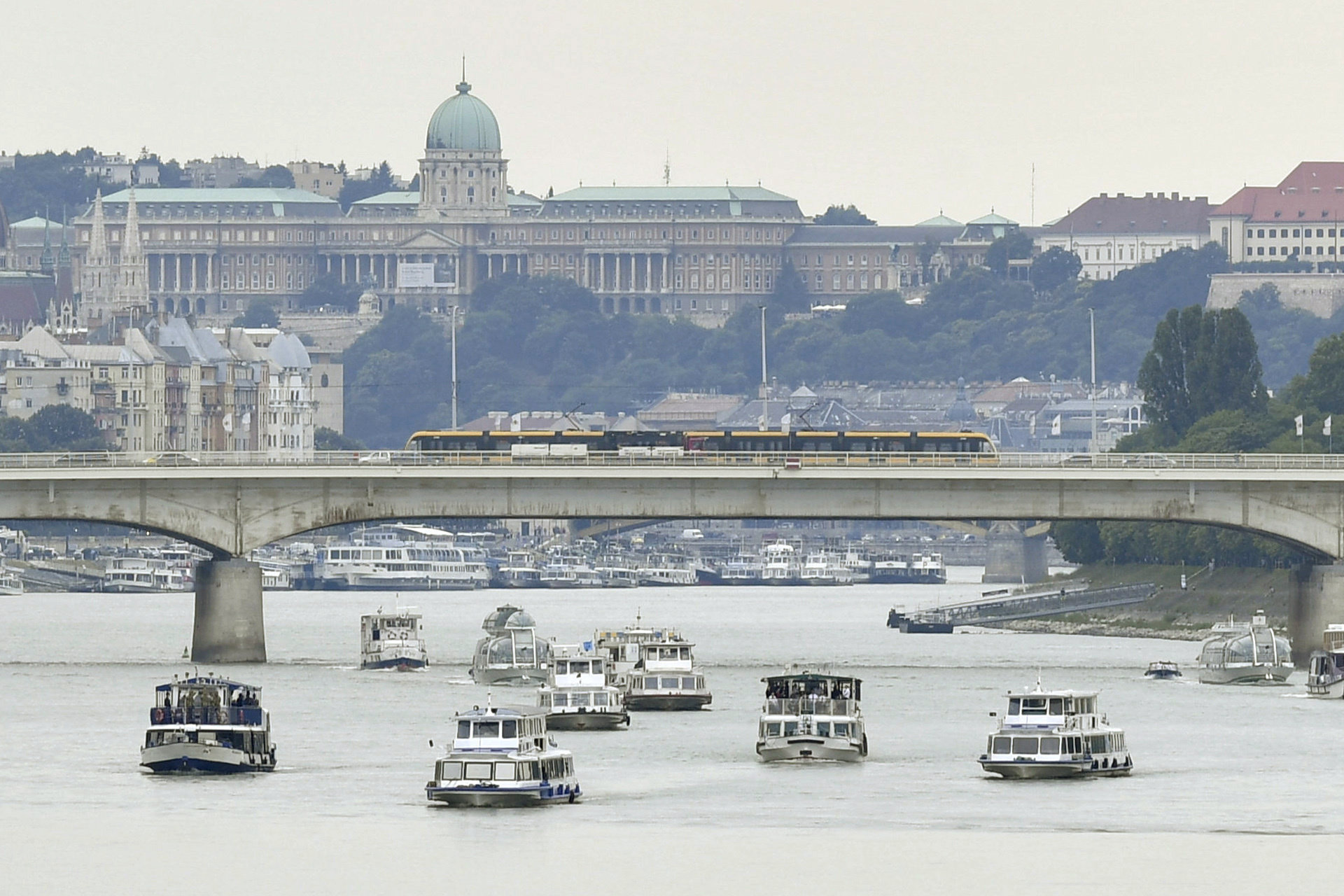 The ceremony, commemorating the two-member crew, was held simultaneously on several ships and started at 11 am on Friday. The ship convoy consisted of 14 ships in two columns, with black flags and ribbons. The ships sailed  from Margaret Bridge to Árpád Bridge, where the urn with the sailor’s ashes was released into the water, while the captain was later laid to rest in a private funeral. 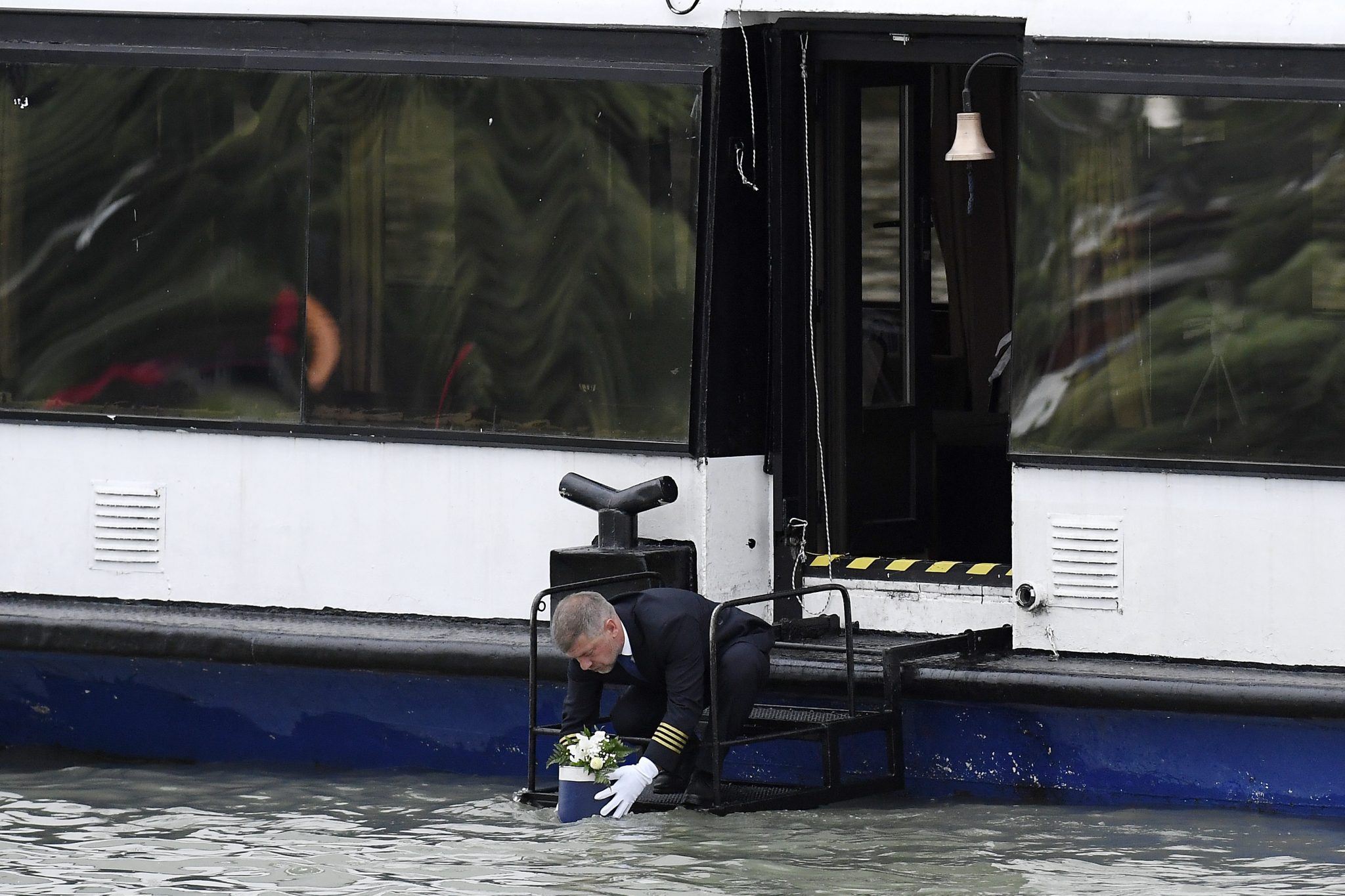 At the same time, many people gathered around Margaret Bridge to commemorate the victims of the tragic accident, and a wreath was thrown into the water, remembering the Hungarian crew and the South Korean tourists. 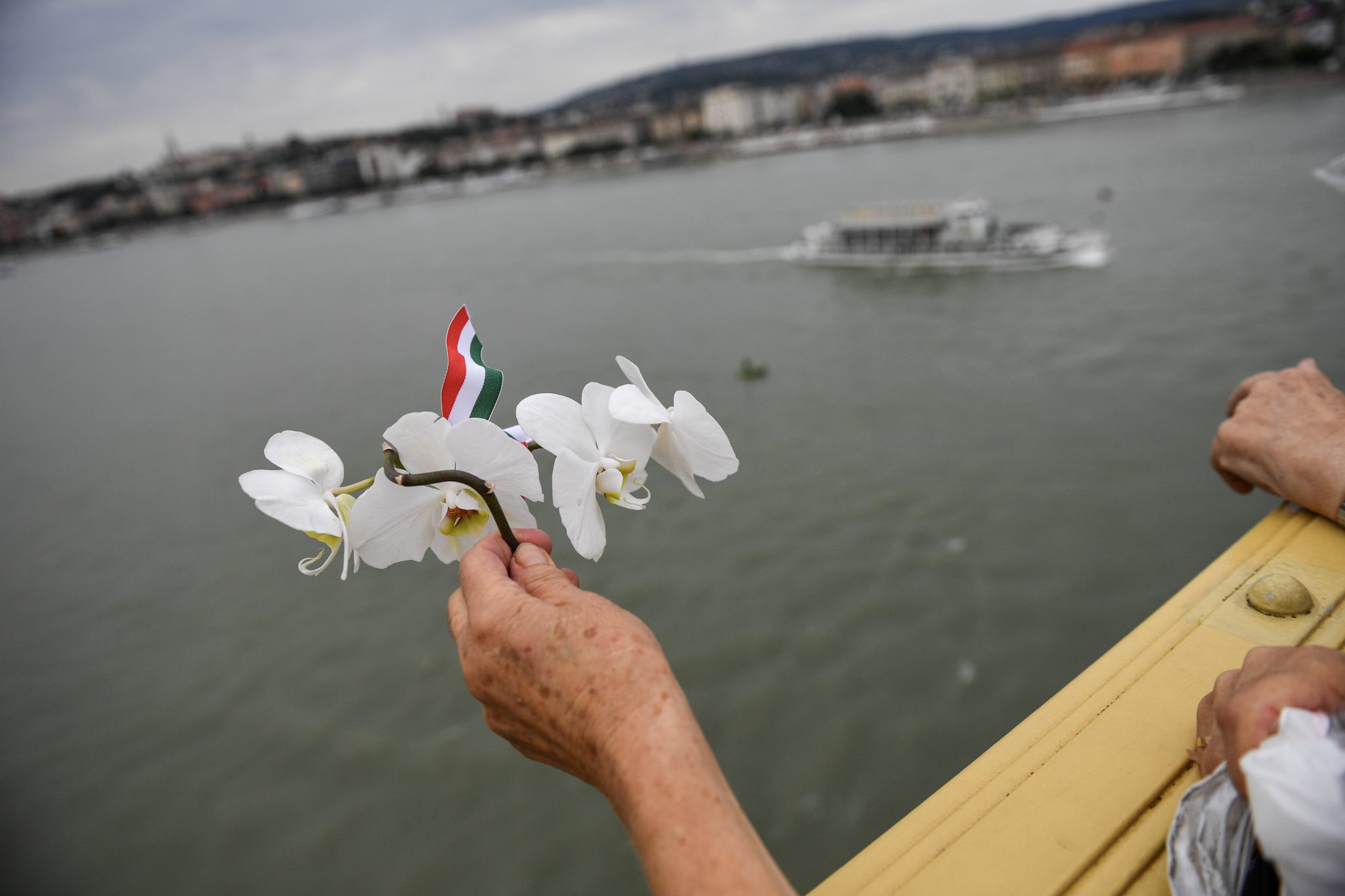 The vessel was carrying 33 South Korean tourists and a crew of two Hungarians when it collided with a large cruise ship. Seven tourists were rescued from the Danube river but all the others died in the collision.