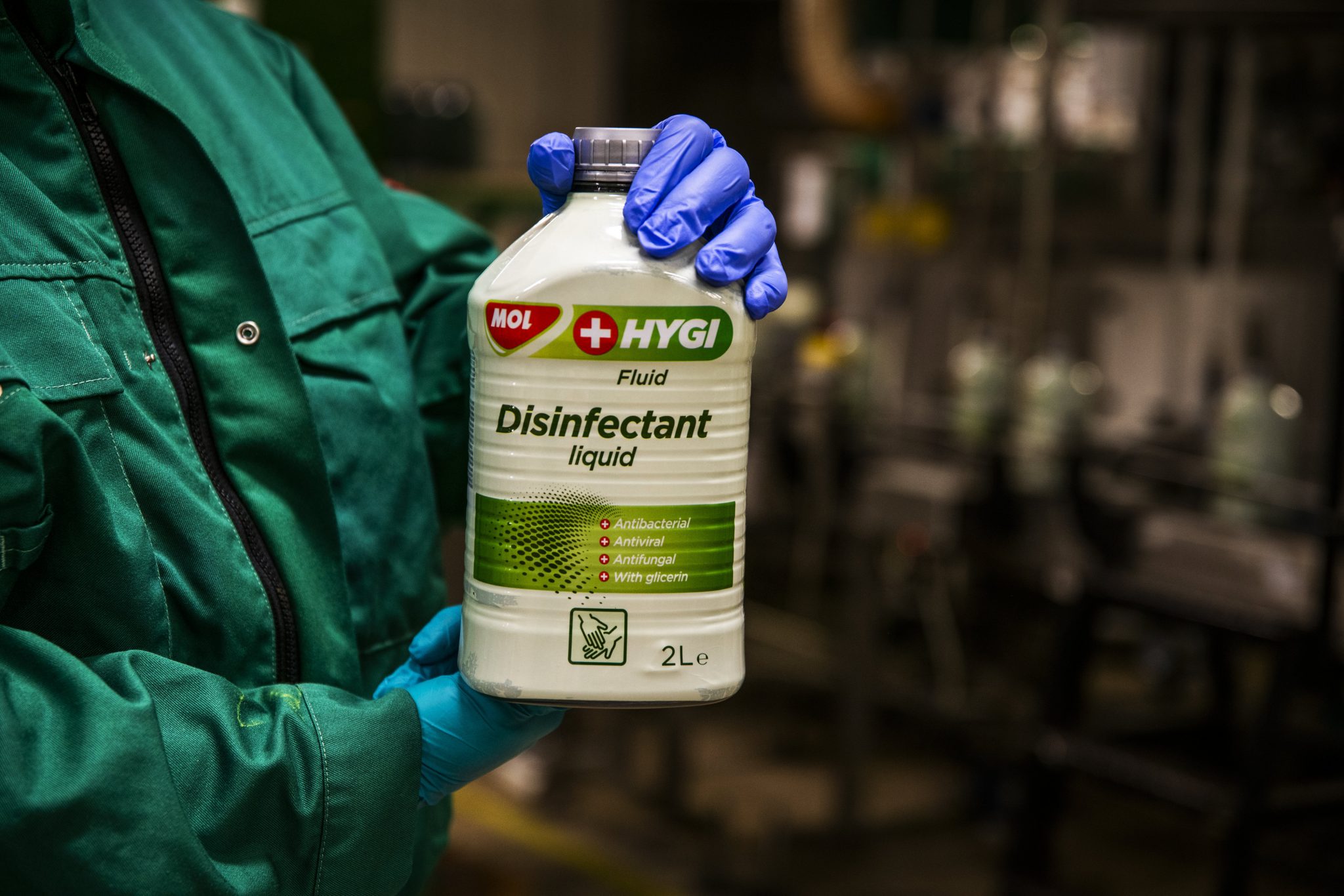 Several companies and many cultural and various other organizations have offered their help during the coronavirus epidemic in Hungary.

The Budapest Chamber of Commerce and Industry asks willing Hungarian companies to manufacture protective equipment for use against the coronavirus epidemic.

„We are reorganizing our activities at the Budapest Chamber of Commerce and Industry in order to provide effective support to Budapest businesses in crisis situations caused by the coronavirus, and to help the Government’s  work to contain the virus,” they said in a statement published on Wednesday.

According to Péter Ratatics, the company had repurposed a production line in the past two weeks which earlier made windshield cleaner fluid to make hand and surface sanitizers instead.

The plant in Almásfüzitő, in western Hungary, produces around 50,000 liters of sanitizer a day in three shifts. 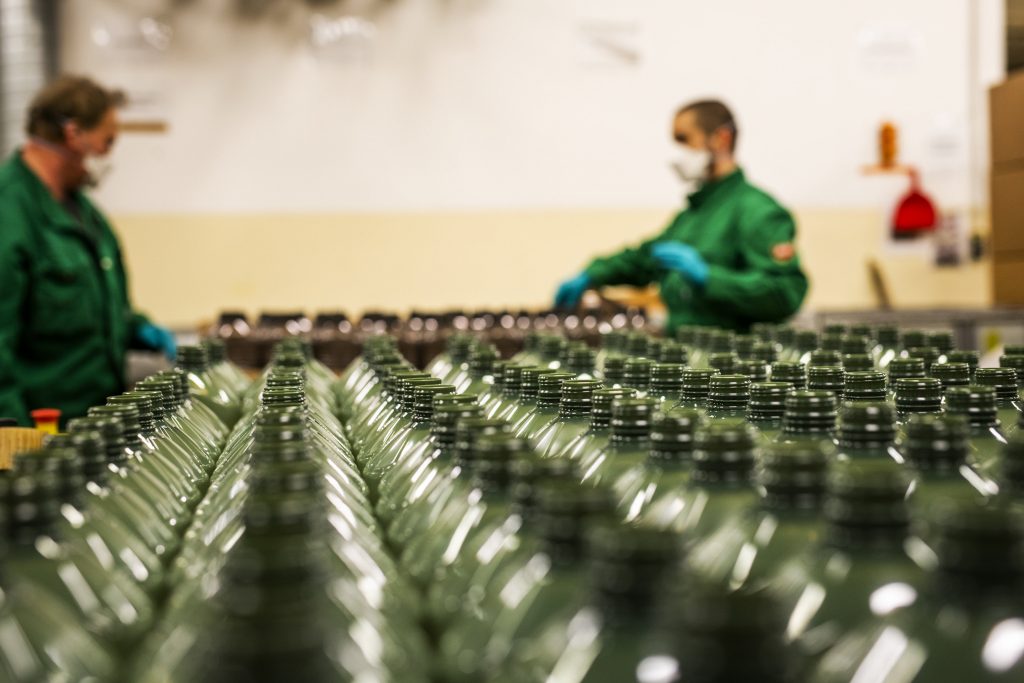 The product will first be given to hospitals, key public institutions, and large-scale consumers, while the launch of the retail sale is expected in two weeks, he added.

Production over the next three weeks will be enough to cover the entire country’s two to three months of sanitizer demand, said Ratatics, who also thanked the government for its cooperation.

MOL Lub has already made its first deliveries to hospitals, waste management, public utilities and municipalities, and is working to launch retail sales of the product as soon as possible. MOL will also start making sanitizer products at its plants in Slovakia and Croatia.

In connection with the announcement, Tamás Schanda, State Secretary at the Ministry of Innovation and Technology (ITM), said that it was a common goal to protect people’s health and keep the Hungarian economy moving. He added that the initiative is a prime example of cooperation between the corporate sector and the government, and is also a pledge to “recover as soon as possible after the epidemic.”

The Jókai Theater of Békéscsaba also handed over 100 washable masks to the local government in recent days to provide self-made protective equipment to places most deprived. 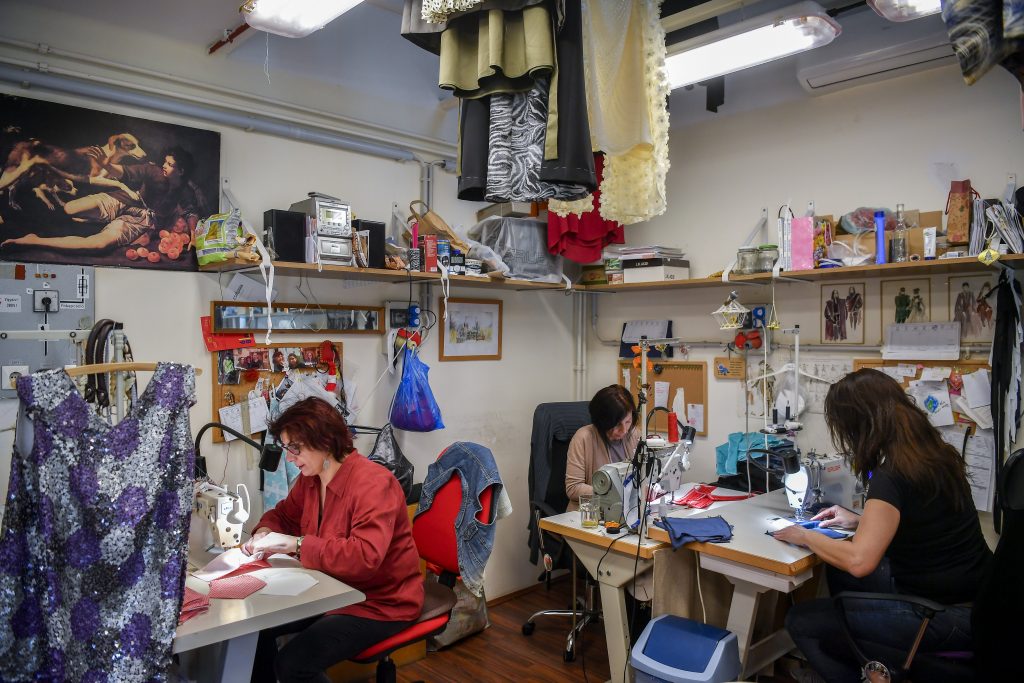 The staff of the Csokonai National Theater in Debrecen are sewing face masks. Photo: Zsolt Czeglédi/MTI

The theater has indicated that additional masks will be made if needed, and as previously offered, the theater’s cars will be at the disposal of the mayor’s office if necessary.

The initiative started at the Petőfi Theater in Veszprém, which several theaters have joined. Since the plays are suspended, there is no need to sew costumes, and the available capacity can be used.

The Csokonai National Theater and the Vojtina Puppet Theater in Debrecen also started sewing thousands of washable, reusable masks that are being shipped to healthcare institutions.

The Egri Borműhely (Eger Wine Workshop) and the Eger Lions Club have also joined forces for Eger’s healthcare professionals. The wine makers of the associations offered a total of 1,552 bottles of wine (a reference to the siege of Eger in 1552) to fund a program called “1552 Segítség,” which helps with providing meals for those working in the hospitals and ambulances so they can focus on patients. Anyone can donate by buying from the 1,552 bottles of wine at a price of HUF 2000 each.

Wine-makers have also started another initiative, trying to collect as many protective masks they normally use for spraying vineyards to later donate these to healthcare workers.