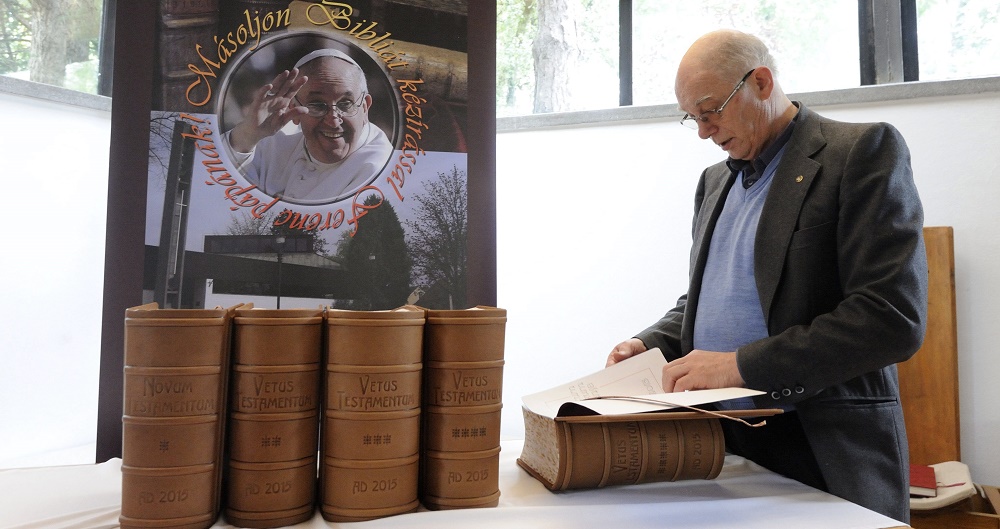 A group of 60 pilgrims has presented to Pope Francis a five-volume manuscript version of the Bible made by more than 5,000 Hungarians, in Vatican City, György Benyik, a Bible expert, said. The Pope spent a longer time with the group studying the volumes and was surprised to learn about the number of people involved in copying. 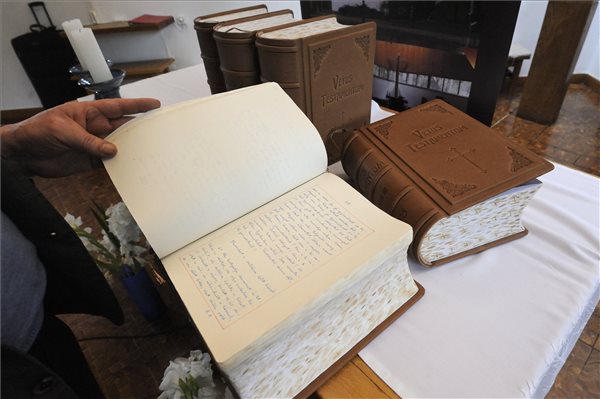 The project goes back to 1983, the year when guests visiting a parish in Soltvadkert, in southern Hungary, began to copy the pages of Matthew’s Gospel by hand. It then expanded to include members of the protestant communities in the Szeged area and in the Carpathian Basin, and later on copiers from all walks of life, irrespective of their age, religion, residence, education and profession.

Among the copiers was a constitutional court judge, a teacher, a police officer, an athlete, a theology student, even an inmate. The five volumes contain the 4,250 copied pages of the Old Testament and the 811 copied pages of the New Testament that together required contributions by as many as 5,061 copiers, with each of them undersigning their own page of work. 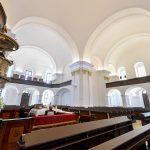 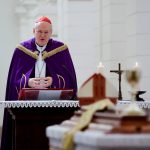