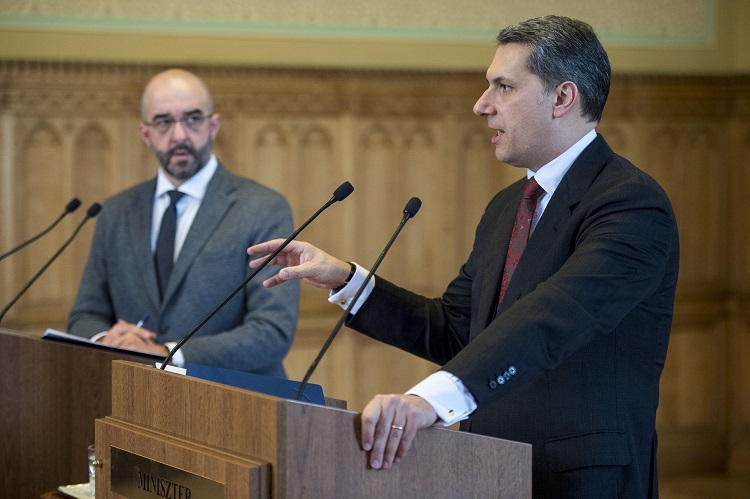 Just as foreign universities should not cheat their students or abuse their position, they must comply with Hungarian laws, the government office chief János Lázár said. 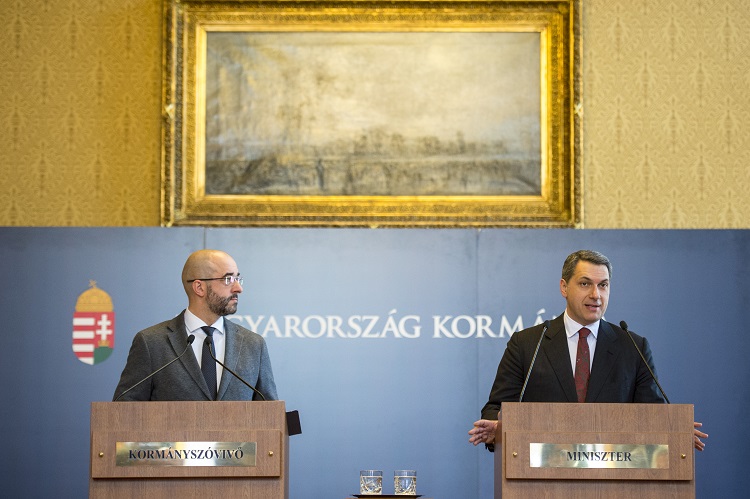 Central European University (CEU) president Michael Ignatieff has said the higher education bill seeking to clarify and tighten rules governing foreign higher education institutions operating in Hungary is discriminative and specifically an attack against the CEU. State secretary for education László Palkovics said the criteria set out in the bill are easily complied with. A recent review by the Education Office which has revealed problems in 27 of the 28 foreign universities operating in Hungary was lawful and thorough, Lázár told a weekly press briefing.

The review uncovered many problems with operational licences and course accreditations as well as with their cooperation with the state, he said, adding this was “pitiful”. Based on the review’s findings, the human resources ministry decided to submit an amendment to the higher education law with the aim of increasing transparency, Lázár said. Accordingly, foreign universities in Hungary would operate under an international agreement concluded between the university’s home country and the Hungarian state, he added.

“I don’t see which of these requirements can be regarded as being politically sensitive or as compromising anybody’s interests,” he said. All foreign universities can rest assured the government will fairly examine any petition for cooperation and will assess their courses fairly, he added. Lázár said the next year would provide enough time for the foreign universities in question to sign international agreements that would serve as the precondition of their operation. Everything beyond this is “an attempt to generate political hysteria”, he added.

Lázár singled out the American McDaniel College, which defines itself as a liberal institution, as being the only foreign university fully cleared out of all the 28 foreign universities reviewed. “If the Hungarian government had any problem with any institution on political grounds, it would not allow a totemic liberal university to carry on,” he said, denying that the proposed law would affect Hungarian-US state relations. Fulfilling the new requirements would not pose a “real problem” for the CEU, he said, adding that if the CEU fails to meet those requirements this would suggest it was “not up to spec”.

János Lázár also told a weekly press conference that the Hungarian government expects strong pressure to be exercised by the European Commission, the Strasbourg court and civil organisations due to the country’s migration policy. The commission is likely to pressurize Budapest in order to force Hungary to approve the mandatory EU migrant quota, He added that the government understands that the launch of a related court case could be announced in the near future. Several decisions are expected to be made by the European Court of Human Rights in the upcoming period, which he said would also be “attempts to [put Hungary] under pressure”.

He said the European institutions had found an ally in Hungary, namely the Hungarian Helsinki Committee, which he said had become a “political organisation”. He added that if the Helsinki Committee indeed considered its work a matter of principle, then it would offer the 2.7 million forints (EUR 8,700) awarded by the Strasbourg court to charities working beyond the borders. Commenting on the stricter legal regulations introduced by Hungary to protect its border, he said the government is ready to undergo all EU reviews because he is convinced that the amended regulations meet all community laws.