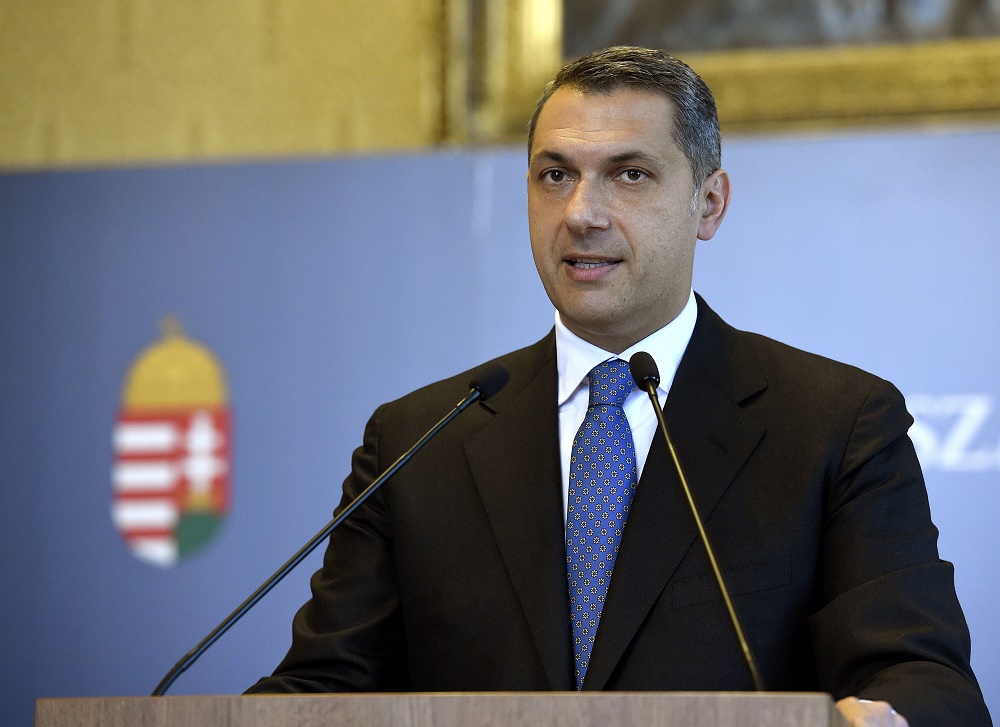 Hungary’s Constitutional Court has ruled that when Hungary entered the European Union it undertook to practise EU laws in certain areas, but at the same time Brussels cannot violate the country’s sovereignty and it cannot harm its constitutional identity, government office chief János Lázár said in connection with migration policy on Thursday.

Lázár told a weekly government news briefing that the top court’s position was clear: protecting sovereignty has primacy over the practice of common EU laws, since the latter cannot equate to restricting the people through its controls. At a government session next Tuesday and Wednesday, comprehensive and strategic issues will be deliberated and the cabinet will assess its work carried out so far and tasks for the future, he said.

Lázár also revealed at the press briefing that the Hungarian government was preparing to table a new bill designed to change the status of the Central Statistical Office (KSH). He said the bill would establish the legal guarantees for KSH’s independence in line with EU rules mandating the professional independence of national statistical authorities.

Answering a question, Lázár said the government was closely watching outside interference in Hungary’s affairs. He said there was evidence that foundations funded by Hungarian-born US financier George Soros were trying to exert influence in neighbouring countries and beyond. Lázár said it was “worth keeping up with these developments”, arguing that it was “clear” there were “intentions” to influence decisionmakers and others by “circumventing [these countries’] sovereignty”.

On the topic of an EU probe into the upgrade of the Budapest-Belgrade railway line, Lázár said the project was under investigation over public procurement concerns. He said the investigation was nearing completion, adding that the European Commission was prepared to reach an agreement with Hungary on the matter. Asked about the chances of western Balkan countries joining the EU in the near future, Lázár said this was unlikely to happen under the term of the current commission.

Answering a question on the police investigation into the recent killing of a police officer in Bőny, in north-western Hungary, Lázár expressed hope that the investigation could be concluded by Christmas. Parliament’s national security committee has agreed not to look into other aspects of the case, such as political ones, until the police probe is closed, he added.

On another subject, citing an EU survey, Lázár said Hungary was at the sharp end of the EU field in terms of the social integration of its Roma population. The 28-country survey had Hungary in second place in Roma employment and Hungary has the highest share of Roma children who attend kindergarten and school, Lázár said.