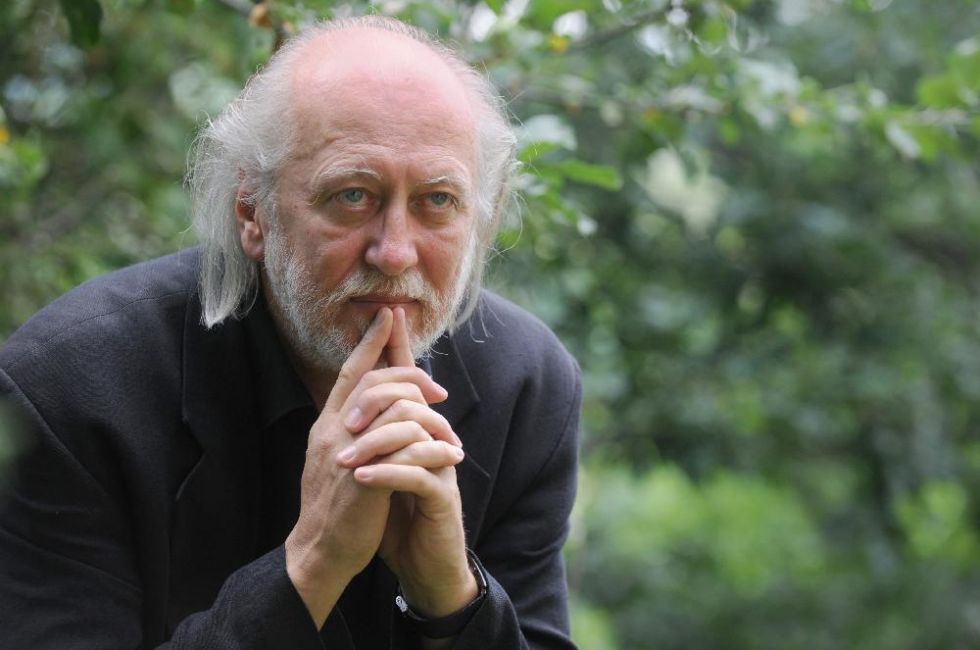 A Hungarian writer has been awarded one of the world’s top literary prizes, it was announced on Tuesday evening.

László Krasznahorkai, whose sentences roll out over paragraphs in what his translator George Szirtes has called a “slow lava flow of narrative, a vast black river of type”, has won the Man Booker International Prize for his “achievement in fiction on the world stage”.

Chair of judges Marina Warner, the academic and writer, compared Krasznahorkai’s work to Kafka – the author’s own personal literary hero – and Beckett. “I feel we’ve encountered here someone of that order,” she said. “That’s a trick that the best writers pull off; they give you the thrill of the strange … then after a while they imaginatively retune you. So now we say, ‘it’s just like being in a Kafka story’; I believe that soon we will say it’s like being in a Krasznahorkai story.”

The biennial Man Booker International is worth £60,000, and is intended to honour a living author for their body of work, either written in English or available in English translation. It has gone in the past to Ismail Kadare from Albania, Chinua Achebe from Nigeria, two Americans, Philip Roth and Lydia Davis, and one Canadian, Alice Munro.

The author’s first novel, “Sátántangó”,  was published to huge acclaim in Hungary in 1985, and later adapted for the cinema by the filmmaker Bela Tarr, in collaboration with Krasznahorkai. The bleakly comic story of a dismal Hungarian town whose drunken inhabitants are taken in by a visitor who may be the devil, it was not released in English until Szirtes’s 2012 translation.

Mr. Krasznahorkai has received several Hungarian state awards, including the most prestigious Kossuth Prize. The 61-year-old, who is a native of Gyula in southeastern Hungary, has been living in Berlin since 2007.