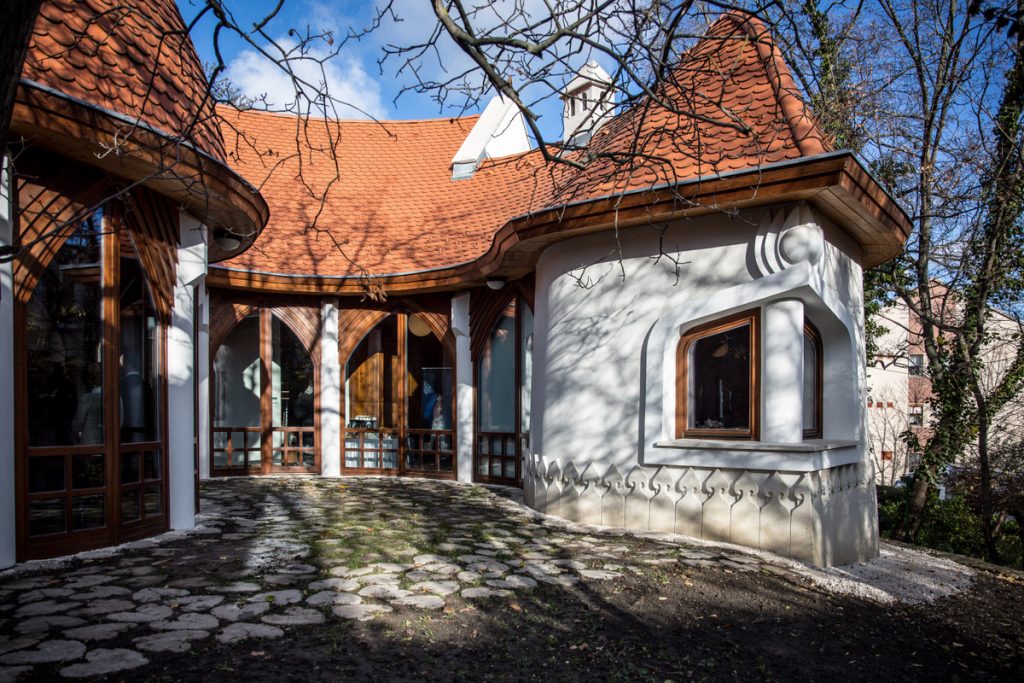 On Monday, the Makovecz Centre and Archive opened to the general public in Hugarian architect Imre Makovecz’s house in Budapest’s XII. district.

The building was commissioned and designed by Makovecz in 2008, and originally it was intended to be the home of Makovecz and his wife, as it was located close to where their adult children lived. This was the first house he had designed for himself – besides a holiday house in Mártély, on the bank of River Tisza – as well as one of the last buildings. 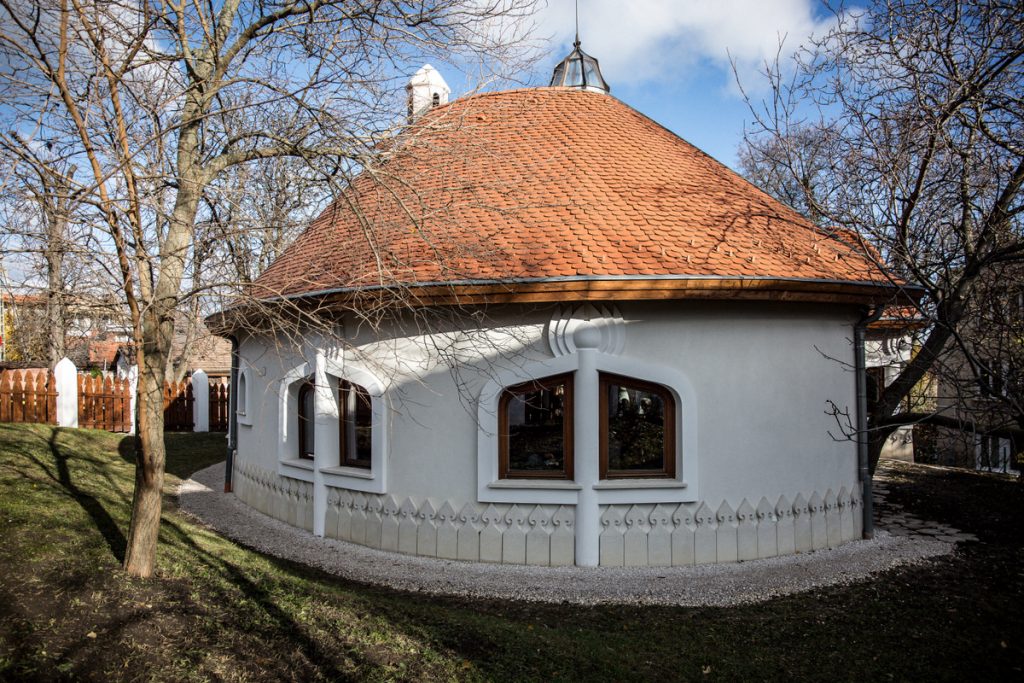 The house was completed in 2011, shortly before the architect passed away, meaning that he never actually had the opportunity to live in the building he had built for himself. Now, the building has found a new purpose, in that it will house Makovecz’s works, plans and personal belongings, and other artifacts of his intellectual greatness.

The house is comprised of one large room and several smaller spaces, including Makovecz’s study room and his studio, as well as a studio for his wife, Marianne, who is a textile artist and illustrator. The large room has been transformed, creating a larger space, which is now equally suitable for research work and as a venue for community events, concerts, conferences and ceremonies. 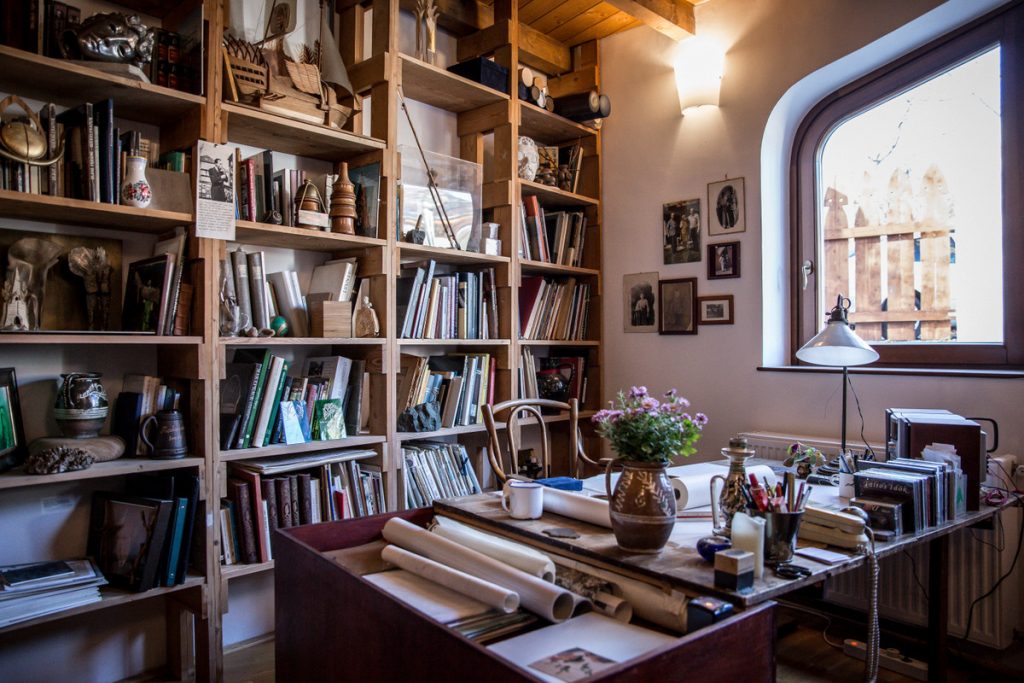 The house also serves as a home for the Makovecz archives and exhibition: approximately 600 building plans (about half of which have been constructed), blueprints, sketches and writings, as well as his Marlboro cigarette box collection. In addition to housing the memorial exhibition,  the Makovecz Center and Archive plans to undertake research on Makovecz’s architectural work and  will offer a space to preserve and showcase the artworks of other Kossuth and Miklós Ybl Prize winners. 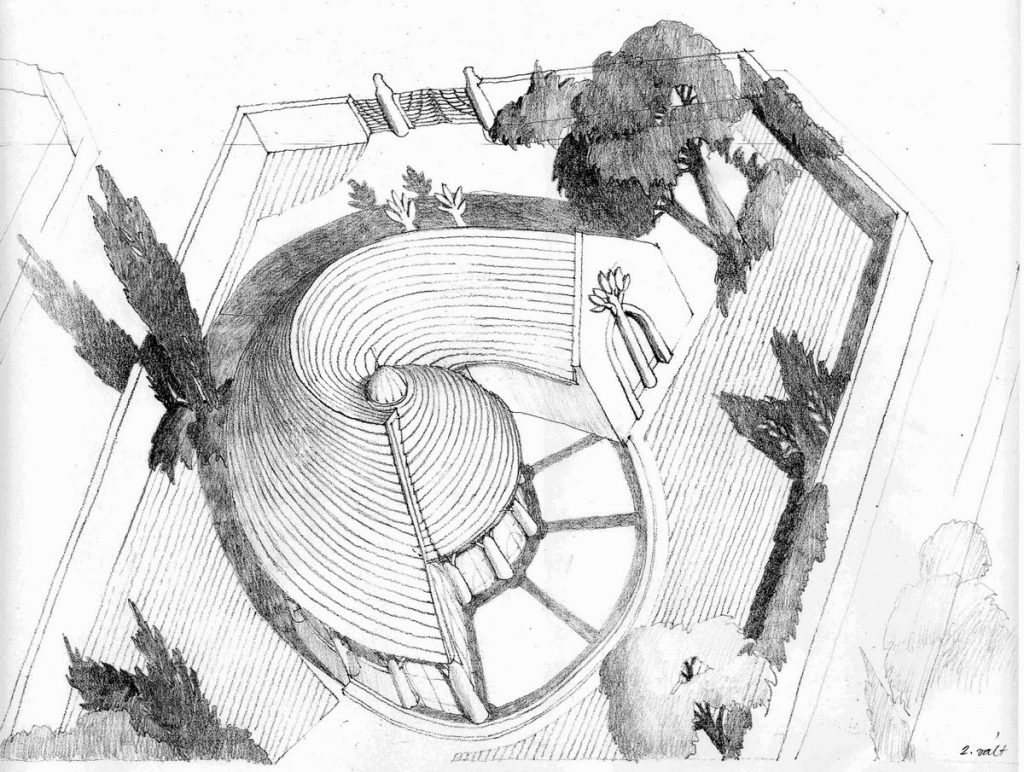 Plans of the house. photo: makovecz.hu

The world-famous Hungarian architect Imre Makovecz was born on 20 November 1935, and the Center and Archive named after him in Budapest’s XII. district was opened by Prime Minister Viktor Orbán on the same day in 2017, after reconstruction works finished. The Memorial House is operated the by Hungarian Academy of Art’s Research Institute of Art Theory and Methodology.

The house is open to visitors on Mondays, Wednesdays and Fridays 2-5 pm.