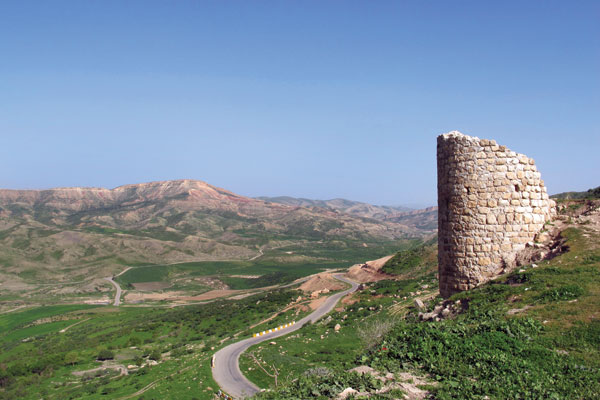 A team of Hungarian and Kurdish archaeologists will explore the medieval Castle of Dwin, a major Kurdish historical site, under an agreement signed in Erbil on Thursday. The castle is located in a mountainous region at about 60km northeast of Erbil. The they will conduct a geodetic survey and prepare a 3D image of the castle under the five-year project. The first results of the five-year project are expected to be published in early next year, said Hungarian oil and gas company MOL, which is the project’s sponsor.

The Castle of Dwin, situated on top of a hill in the mountains north of Erbil, is indeed a unique historical site: three dilapidated lookout towers, parts of the perimeter wall, several door jambs and an original floor level. Archaeological survey and excavation will clarify the state of preservation, and certainly local accounts of the castle’s history suggest the castle a prudent avenue of research. The castle is said to have belonged to Jalaladdin, grandfather of the formidable Saladin, who gathered a Muslim army to free the ancient Levant from the European Crusaders, most successfully at the Battle of Hattin in AD 1187.

While excavation of the castle would no doubt enhance our knowledge and appreciation of the site, there are other reasons to research the Dwin area. Next to the castle is a mysterious cemetery whose origins and development are completely unknown.