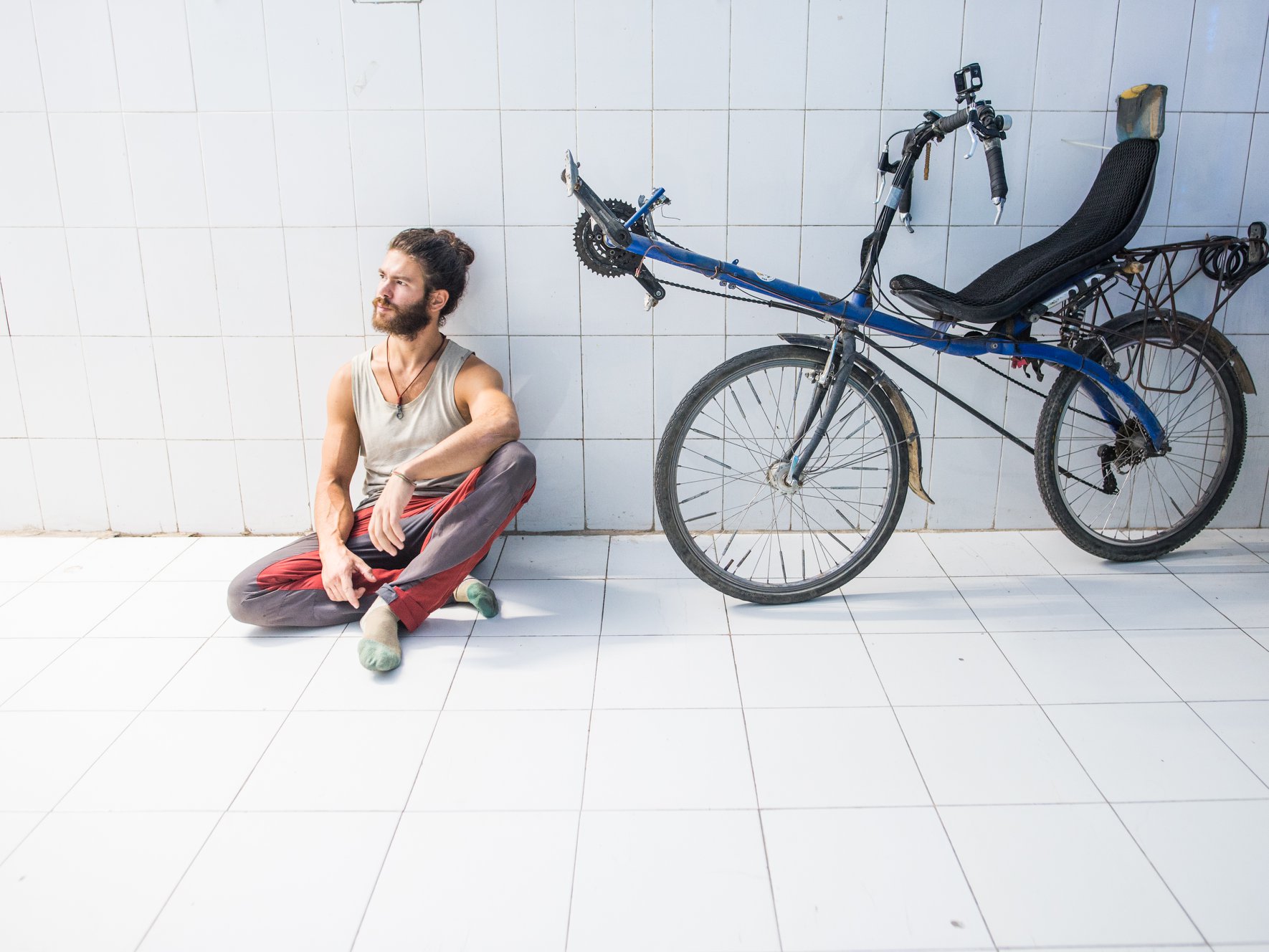 Exactly 200 years after Sándor (Alexander) Kőrösi Csoma, Hungarian philologist and Orientalist author of the first Tibetan–English dictionary completed his journey to Tibet in 1820, Hungarian engineer and cyclist Viktor Zichó planned an expedition to follow in the traveler’s footsteps with a recumbent bike. The expedition went well all the way to Pakistan, but there he was arrested and imprisoned for one month for illegal border crossing. Now, because of the COVID-19 pandemic, Zichó again has had to face challenges as he is now quarantined in India for almost two weeks in a hospital. He did not want to turn back either then or now – he wants to complete his mission at all costs, as he only has a few hundred kilometers left.

Viktor Zichó set off from Komárom on the 2nd of July and planned to arrive in Tibet in February, but he spent an entire month imprisoned for illegally crossing the border. He said “when I was at the borderline, I wanted to exit Pakistan to India without an immigration stamp in my passport. They checked if I had any record in the system and I didn’t have any record.”

After his release, he continued his journey and entered India from Pakistan on February 8th, cycling undisturbed in the northwestern part of the country for a month. However, the coronavirus reached India as well, and problems for Zichó started in Delhi. According to the cyclist, “the silly stereotype that Europeans had brought the virus into the country had spread. Because of this, I couldn’t find accommodations, and once they even tossed a mud ball at me.”

In India, strict curfew restrictions went into effect on March 24th. Although Zichó could still continue his ride in the country, enjoying the absence of noise, dust, and smoke on the roads, according to him, they “became more and more hostile over time.” He told Hungarian news portal index.hu that “sometimes I had to beg for basic things like food or water, to be able to charge my phone at a gas station, and suddenly everything closed overnight. Despite the curfew, they gathered around me many times, and there were always those who felt a terrible danger in my presence.”

In the first stages of the epidemic, there were no definitive regulation on foreigners and the police did not know what to do with him. They usually called the center, and the answer was always to let him go. Eventually, when he arrived in Chapra, he was ordered to go to the hospital, where he was tested. His sample showed no infection and he did not display any symptoms of the disease, but he was then told he would not be allowed to proceed and he was stuck in the hospital.

Although the lockdown regulations have eased, the Indian government has extended the curfew several times, currently until May 31st, so the Hungarian biker is still at the hospital. He said that if he escaped from the hospital, he could even get jailed – again. At Chapra Hospital, he was taken to an isolation ward along with several others, and for two weeks he could not even leave the building, he was only allowed to walk down the hallway.

In his case, too, the opportunity of evacuation arose, he even contacted the Ministry of Foreign Affairs. Although the Hungarian Embassy advised him to return home, he did not want to give up his mission and wanted to complete the remaining six days to get to Kőrösi’s grave in Darjeeling. Currently, he shares moments from his journey on Instagram, as he is trying to keep fit in the institution as much as his situation lets him, and he trains using the beds in his room so that he can finish the tour after his release, of which he has more than 500 kilometers left.