The HUF 5000 Billion Dilemma: Do We Really Need An Olympics?

While sports economist Ferenc Dénes is certainly a fan of the Olympic project, he believes that the country’s bid to organise the world’s largest sports event should be guided by common sense. The scholar believes that an Olympic Games organised by Hungary could, at long last, establish a sense of national unity. Click here for the original version of the interview (in Hungarian).

The Hungarian Olympic Committee (MOB) is to hold an out-of-schedule general meeting on 6 February to discuss the concept of a Hungarian bid to organise an Olympic Games and issue its position on the issue. The meeting was called after the International Olympic Committee (IOC) adopted the so-called Agenda 2020 plan at its Monaco congress on 9 December, under which Olympics of more humane dimensions are to be held in the future on budgets that give a chance to medium-sized metropolises such as Budapest and a possible Hungarian bid, as put by MOB chairman Zsolt Borkai. Three days after the adoption of Agenda 2020, Mr. Borkai summoned the MOB general meeting for 6 February 2015 to decide whether Budapest is to apply for the organisation of Summer Olympics in 2024 or a later date. In order to make preparations for the decision, the Hungarian committee has established the Body of Olympic Patrons, a highly versatile expert panel which counts among its members sports economist and university lecturer Ferenc Dénes. In the following interview, he gives his opinion on whether it is realistic for Hungary to organise the Olympic Games.

-Material issued by the Hungarian Olympic Committee tells us that you are not only a sports economist but also an independent expert. This clearly means that you voice unbiased opinions.
-Having graduated in Mathematics and Statistics at the University of Economist in Budapest, I am chiefly interested in numbers. Concerning our bid to organise the Olympics, we can commit two tragic errors. The first of these is if we venture into doing something we cannot carry out, the consequences of which the nation may have to bear for generations. The second is if we miss out on an opportunity which could give the nation perspectives for generations to come.

-Which of these fatal mistakes threatens Budapest, Hungary, us?
-I have too little information at hand to say what is the way forward. It comes without saying that an Olympics of the dimensions of the games in Beijing or London would be two large for us. That is not our level. A further problem is that we do not even know what the IOC’s Agenda 2020 programme actually means and includes.

-Despite all this, you accepted membership in the body of patrons. This supposes some form of self-identification with the concept of organising an Olympics.
-Yes, because a winning bid and successful organisation of an Olympic Games could yield abundant economic advantages above creating a sense of community in Hungarian society, which is currently showing strong signs of disintegration. If I wanted to use big words, I could say it may create a national unity. At present, there are no common goals to establish bonds between Hungarians of various ideologies. All Hungarians could be involved in an Olympic bid, especially if it is successful. At long last, we may have a goal which gives a perspective that this country can get somewhere. But precisely for this reason, we must only go for the project if the entire nation supports it.

-Anyhow, the question is more serious than to allow emotions to decide on it.
-Of course. For this reason, credible figures and data are required on how much the project of organising an Olympics would cost.

-Are you thinking of a referendum?
-Not only that. For example, I’d also ask the population whether you are willing to contribute, let’s say, HUF 5000 (EUR 16) a months in the interests of an Olympic project.

-Even HUF 5000 a months is unaffordable for people living in extreme poverty.
-Extreme poverty is a very important problem but it not caused by the concept of organising an Olympics. But, for example, very many people in severe poverty own a mobile phone. From them, I’d ask ‘Are you willing to talk on your phone ten, twenty, fifty minutes less a months to enable us to organise an Olympics?’ The question is no other than whether we have enough trust in our leaders and our closer and broader community, including ourselves, to give a Hungarian Olympics a chance.

-A host of unproductive investments is needed for an Olympic project. Stadiums, swimming pools, railway lines, motorways?
-Unproductive investments? This is terminology that was fashionable when you [the interviewer] were a student at the University of Economics, forty years ago. We were the first reform generation, a few years later. Why would a Vienna-Budapest high-speed railway link be umproductive? A sports arena is also a productive investment. It is the task of organisers, businessmen, economic experts and politicians to make these investments productive. You are right that it makes no sense to organise an Olympics l’art pour l’art, for its own purpose alone. After all, we are talking about thousands of billions of forints. (Estimates by the multinational audit firm PriceWaterhouseCoopers in 2002 and in 2006 put the immediate costs of organising the Olympics at HUF 500 billion and a further HUF 4500 billion for the necessary infrastructural developments, although the Agenda 2020 programme was not talked about at that time. The total sum is HUF 5000 billion or one-sixth of the current GDP, albeit divided among six years – the editors.)

-If the decision would be yours alone on 6 February, what would you say?
-Let me put it this way: if I had to prepare the decision, I would examine whether it is sensible to spend thousands of billions on an Olympic project and I would ponder the advantages and disadantages. I believe that the social changes under way in Hungary in the previous months have seen people understand that sport in Hungary is no island, it cannot be excluded from the entirety despite enjoying an exceptional position these days. This is what we have to bear in mind the most. By the way – luckily – the decision does not rest with me… 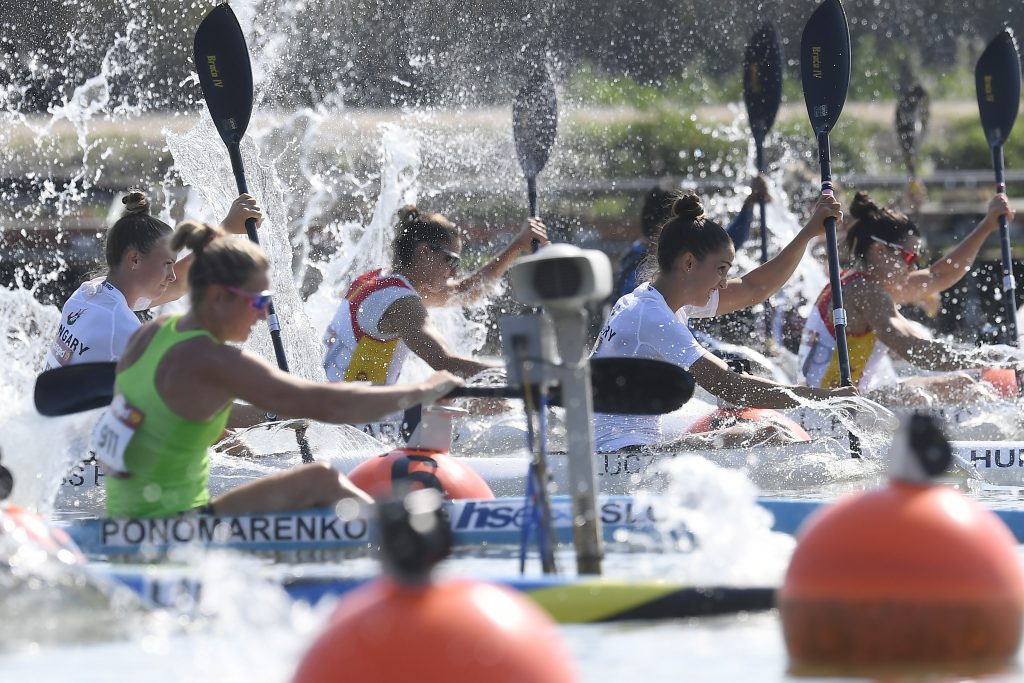 Government Cuts Funding of Olympic Sports Due to Pandemic

The coronavirus pandemic and its economic effects have also taken their toll on Hungary’s sports sector, as the sixteen ‘high priority’ Olympic sports can expect a HUF 5.7 billion cutback for this year, news site 24.hu reports. The portal asked the State Secretariat for Sport whether the government has implemented any financial cutbacks to sports […]
Péter Cseresnyés 2020.07.23. 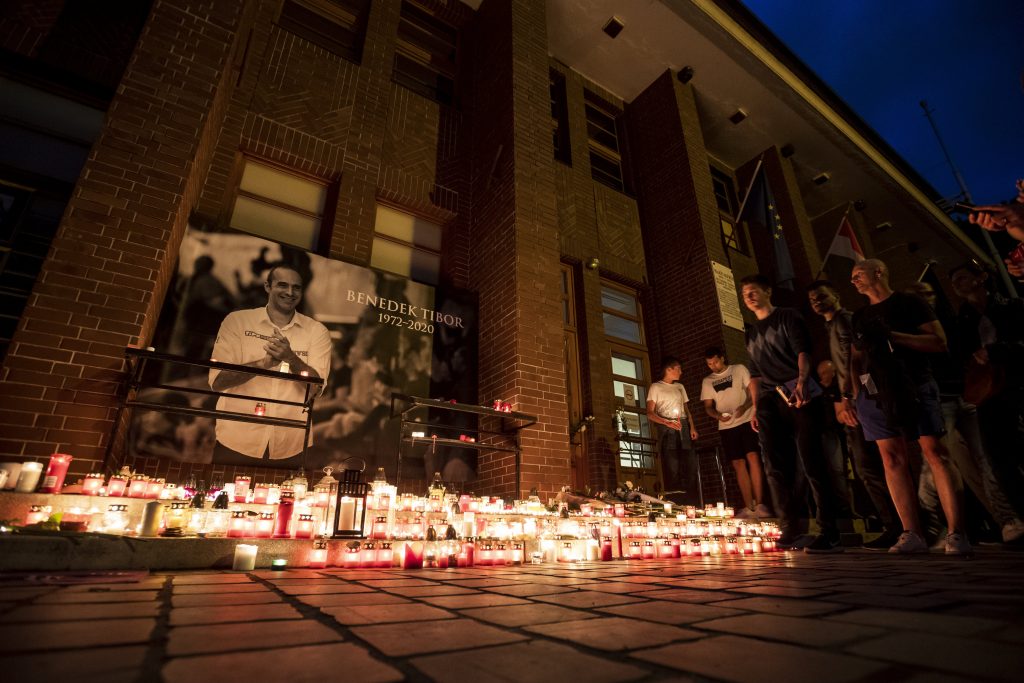 On Friday, Parliament voted yes to an amendment that extends and raises the life allowance for the widows of Olympic medalist athletes, following three-time champion waterpolo player Tibor Benedek’s early death, leaving behind two young children. The amendment reduces the period of cohabitation required to become eligible for the annuity from ten to five years. […]
Ábrahám Vass 2020.07.06.