Hungary’s Jobbik party reached international headlines in 2010 when it won 16.7 per cent of the vote at general elections, which saw the spectacular collapse of the ruling Socialists and a two-thirds victory for the Fidesz-KDNP alliance, which remains in power until this year. Jobbik, which describes itself as a value-based conservative party radical in its methods and committed to the Hungarian nation and Christianity, was quickly accused of stirring up anti-Roma and anti-Semitic prejudices and playing on the failures of the country’s transition to democracy, including widespread poverty, unemployment and botched integration policies by the international press. Its Magyar Gárda (Hungarian Guard) movement was disbanded by a court decision in 2009 because its activities were interpreted as being against the human rights of minorities guaranteed by the country’s constitution. A host of scandals followed, including an MP for the party referring to a 19th-century blood libel case in Parliament and another calling for the enumeration of parliamentarians of Jewish descent. The party has been widely described as extremist, racist, anti-Semitic, anti-Roma and homophobic and even fascist or neo-Nazi by critics.

However, the party adopted a far more moderate tone by the 2014 general elections, with most of its firebrand figures either leaving its parliamentary caucus or being expelled from the party. Jobbik aims to position itself more to the centre and to adopt a youthful, trendy image to appeal to younger voters disillusioned by long-standing parties and its election campaign saw chairman Gábor Vona sporting sleek suits and posing with puppies, while championing issues such as cruelty to animals. In a recent interview, he categorically denied Jobbik being a far-right party and swept off accusations of Holocaust denial and stigmatising the Roma.

Despite its changing image, racism and extremist rhetoric are clearly alive and well in the party. One of Jobbik’s rabble-rousers who remains is Előd Novák, the party’s influential 35-year-old deputy chairman. Novák is no stranger to controversy, including anti-Roma, anti-Semitic and homophobic jibes, and has been linked to the infamous far-right website kuruc.info, which he denies.

On 1 January, the father-of-three, who is married to fellow Jobbik MP Dóra Dúró, wrote to his 54 000 followers on Facebook: “Besides Rikárdó, the first baby born in 2015 as the third child of a 23-year-old mother, Hungarians also happen to be breeding here and there”, referring both to news that the new year’s first baby is of Roma descent and to his own family background. His post provoked a widespread backlash in the press and among both government and opposition politicians. Novák’s rant has also been strongly condemned by the government, with Minister of State for the Prime Minister’s Office János Lázár pointing out in an interview that someone who discriminates against a child, in this case Rikárdó, deprives him from his only opportunity and “property”, namely the chance of becoming a decent person. “The responsibility of the state is to protect our children and all children from [these] outlaws”, he said in condemnation of the series of verbal attacks launched by “cowardly and brainless politicians” against a newborn. Reacting to outraged critics, Novák said that he has no reason to apologise, adding that he expects an apology from the newborn’s father who, according to him, wrongly accused him of inciting hatred.

Novák’s latest outburst is proof that in spite of the party leadership’s claims to the contrary, racism and hate speech against minorities continue to persist among party ranks. His outrageous and tasteless comments also highlight the clear divide between the moderate Fidesz-KDNP alliance and the far-right Jobbik. 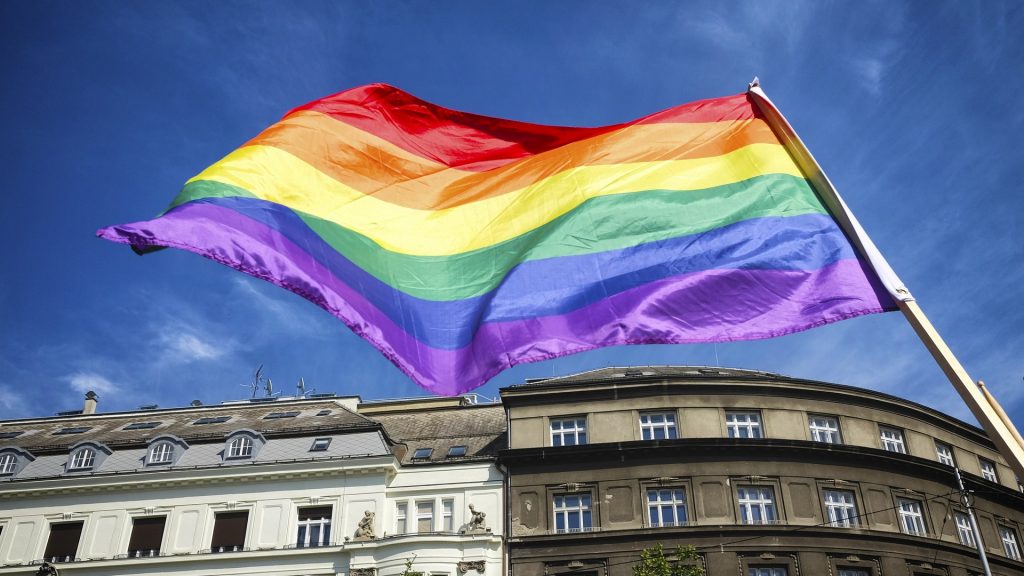 The nationalist Our Homeland Movement (Mi Hazánk Mozgalom) party is threatening to use “social pressure” to ban the display of the rainbow flag on public buildings in Hungary, the party’s vice-president, Előd Novák said at a press conference in Budapest on Thursday. The politician said that no other MP in the parliamentary justice committee supported […]
MTI-Hungary Today 2022.11.11.

The opposition party Jobbik will submit a parliamentary resolution proposing the demolition of the Soviet military monument in Budapest’s Liberty Square, the party’s parliamentary group leader said at a press conference on Monday. László György Lukács said that in the run-up to October 23, it is important to ask why the monument stands in the […]
Hungary Today 2022.10.18.