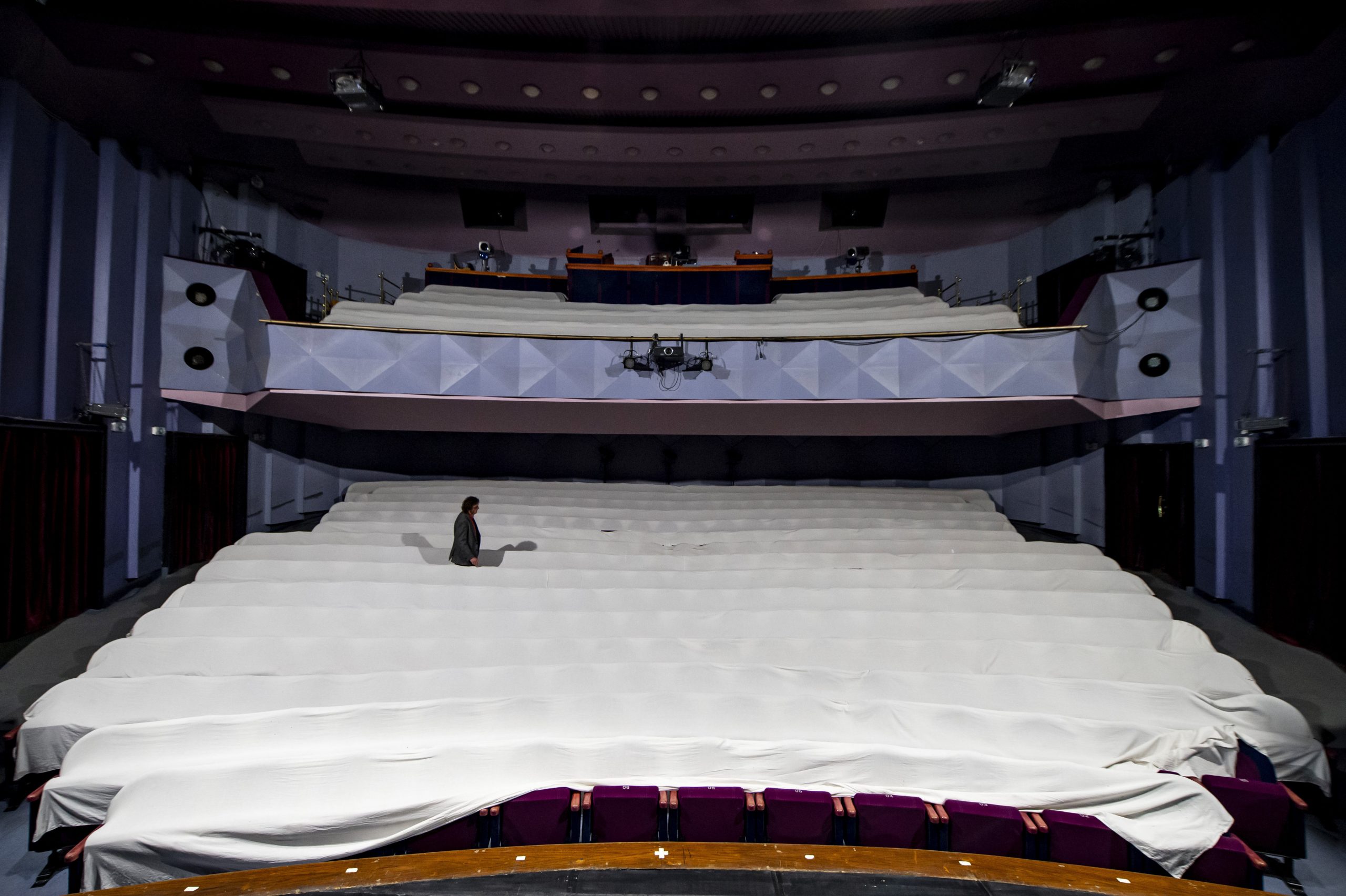 On Monday, Prime Minister Viktor Orbán announced stricter restrictions in order to curb the spread of the coronavirus epidemic, including a night curfew and the closure of theaters, cinemas, museums, and other cultural institutions. The restrictions result in cultural venues struggling to make ends meet, trying to find a solution for keeping part of their revenues, while being forced to shut down the establishments. Theaters see streamed performances as the future, as well as some art movie theaters, while museums are planning to put on virtual exhibition tours to operate without visitors.

Streamed performances may save theaters

For a week, theaters worked hard to comply with last week’s restrictions, reorganizing their performances so that the audience in the auditorium would only sit in every third chair. Every theater, where more than a third of tickets had already been sold in advance of available places, had to decide who they would they let in with a valid ticket and on what basis they would select their visitors. However, Prime Minister Viktor Orbán announced on Monday that theaters have to close from midnight on Wednesday. As the announcement was not preceded by any consultation with the theater world as a whole, theaters are facing additional challenges from one moment to the next once again.

Several theaters, such as the Örkény, which stopped performing live, have decided to broadcast their performances in front of an empty auditorium online in the future. Streaming performances is starting to become more popular anyway because of the coronavirus; the Orlai Production, which also decided in favor of the partial closure, would broadcast several performances in this way, and the Radnóti, among others, also chose this option in response to the virus. At the same time, a joint streaming service called SzínházTV was also launched recently. This seems a great option for theaters to maintain part of their revenue and go on while closing down their buildings to audiences. The Örkény, for example, recently announced that there was so much interest in their streamed performance that they had to expand the number of tickets they could sell. Published in the Hungarian Gazette yesterday, online broadcasts are possible for certain cultural programs, so most theaters will probably use this way to keep going while complying with the restrictions.

The final extinction of traditional cinemas is at stake

Tamás Liszka, the director of Budapest Film, the maintainer of the Budapest art cinemas (Toldi, Puskin, etc.), is almost certain that no films will be screened from Wednesday on in their movie theaters. Liszka added in his reply to Telex.hu at the time of their interview, they didn’t really know exactly how the restrictions applied to them. According to Liszka, the otherwise justified restriction will also have unforeseeable consequences: “…the final extinction of traditional cinemas is at stake, both in the capital and across the country.” The director only hopes that “there will be some among the leaders of the state who would be hurt by the disappearance of cinemas, and they will also think a little bit about this sector when economic rescue plans are being developed.”

In the spring, some art cinemas introduced online screenings, for which movie buffs could buy tickets in the same way as for a regular screenings. This may be the solution now, as online streaming is not affected by the restrictions, as long as only those who work on the production are present. There are cinemas that started their sponsorship program months ago, where the audience can buy annual passes from them, the validity of which start when they are first used.

In compliance with government measures, the largest Hungarian cinema network, Cinema City, will close all their cinemas indefinitely from November 11th to prevent the further spread of the coronavirus. With the first restrictions in the spring, Cinema City responded quickly to the regulations, introducing sliding screenings, limited audience numbers, and kept cinemas open for as long as the law allowed. However, this is no longer possible, so they will be closed at least for a month, while the price of tickets will be refunded, and the validity of the unredeemed gift tickets will be extended. Andrea Buda, Cinema City’s director of marketing and PR said that “if both the epidemic situation and the cinema market return to normal, we are confident that we will be able to make up for the big premieres postponed this year as soon as possible.”

Although the doors of the museums will be closed and some of their planned programs will be canceled due to the restrictions, the museum work for the general public will not stop. Exciting museum sites for the public will be regularly updated in the coming weeks, and most of the programs will be transferred to the online space. Just like during the first wave of the epidemic in spring, plenty of museums, including the Museum of Fine Arts, the National Gallery, and the Kunsthalle, also offer virtual museum tours on their websites, either from their permanent or temporary exhibitions.