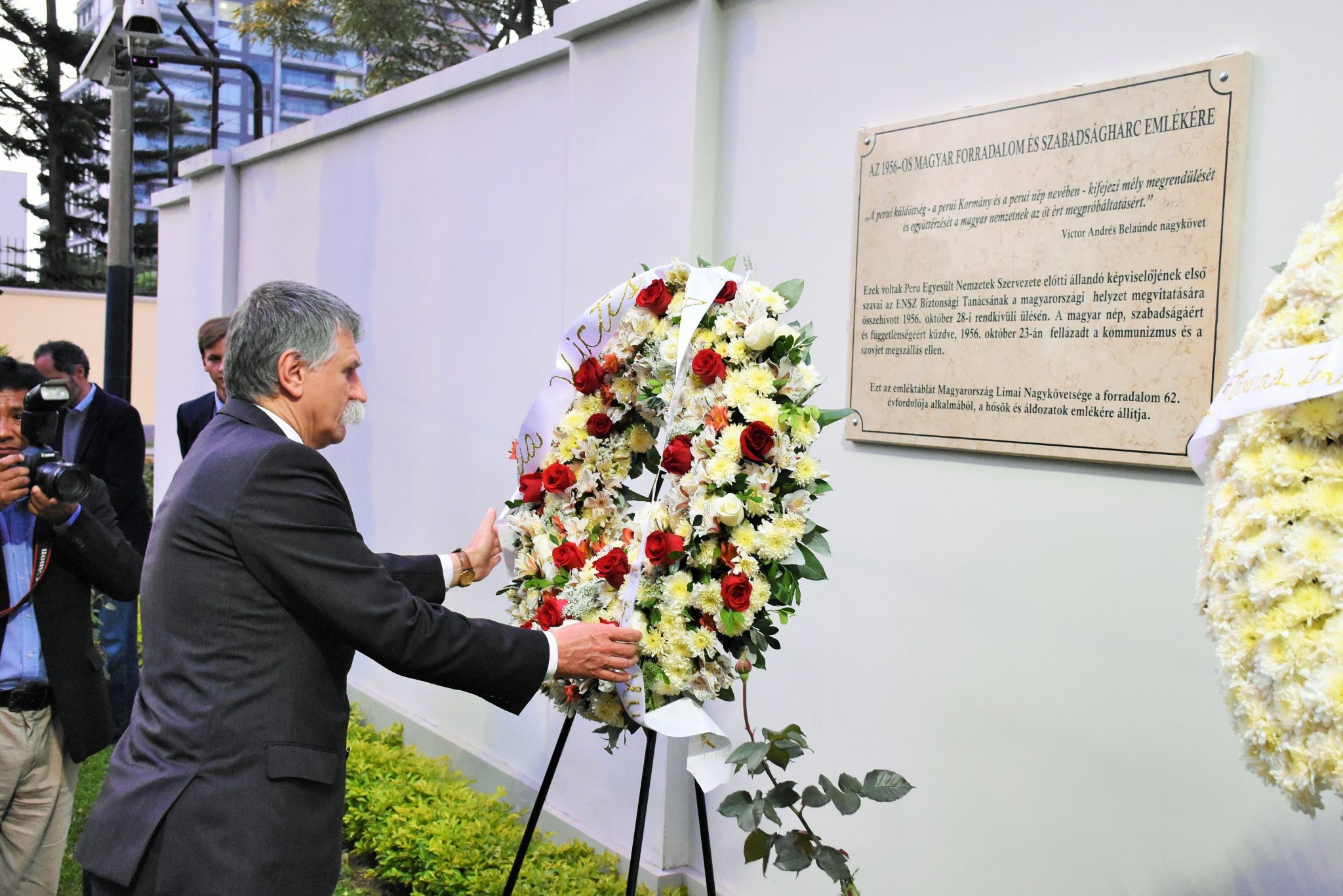 Addressing the ceremony, Kövér said the plaque also paid tribute to the Peruvian people’s solidarity with the Hungarian people “who started an armed revolt for their freedom against the world’s most terrible power, the godless and inhuman communist Soviet Union.”

The speaker stressed that the two nations are connected by a multitude of strong ties, including their common western Christian culture.

Kövér presented a Gold Cross of Merit to Catholic priest Tibor Szeles. The high honour was granted him by Hungarian President János Áder in recognition of his efforts to help members of Peru’s Hungarian community keep their national identity.