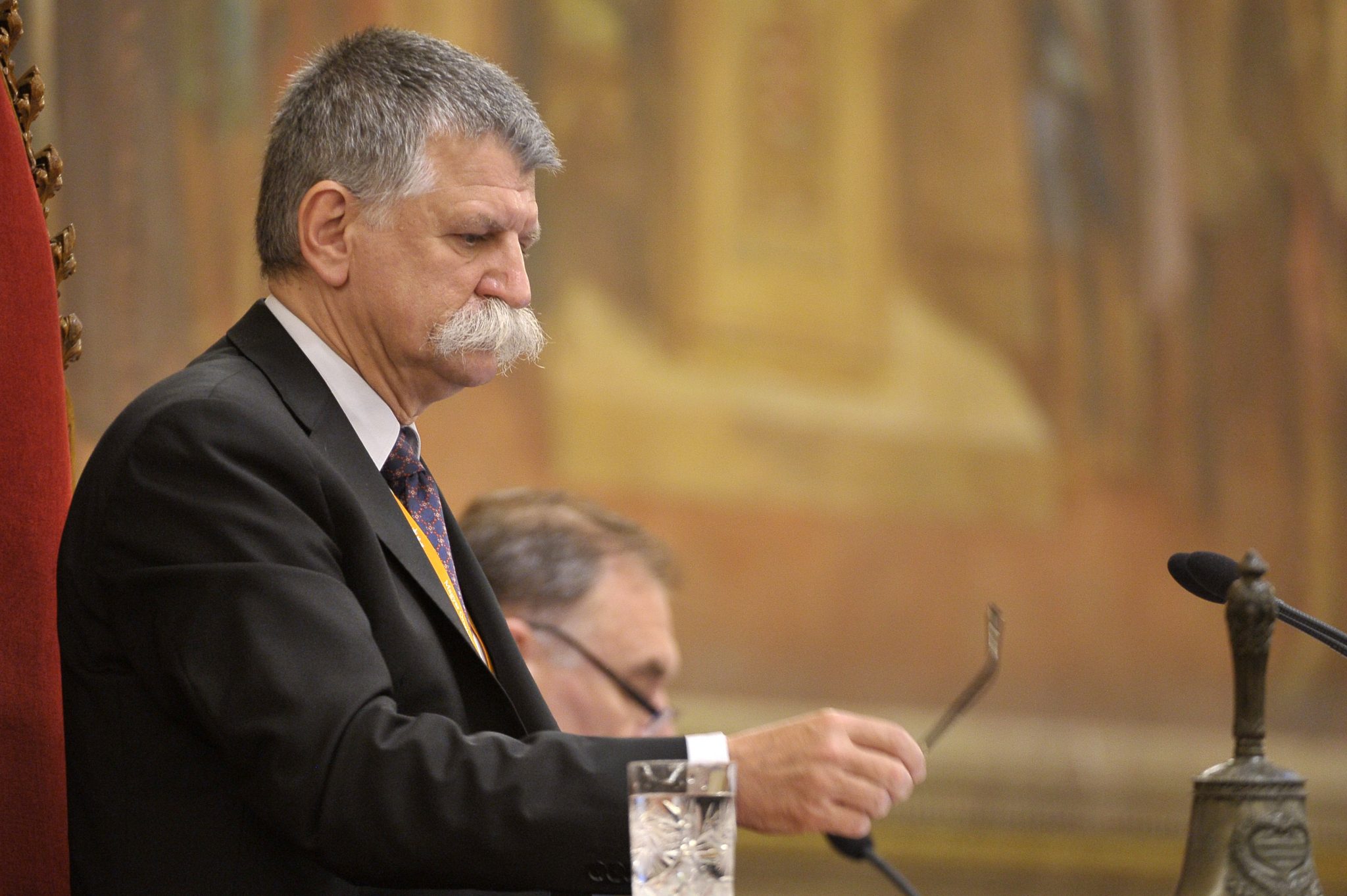 The House Speaker wants to reduce the independent politician’s salary by 329,000 HUF (EUR 1002) as a penalty for disturbing Viktor Orbán’s parliamentary speech by holding up anti-government banners, while the nine Fidesz MPs who also left their seats and tried to remove the signs from Hadházy’s hands would each get a 50,000 HUF (EUR 152) reduction in their salary. (The nine Fidesz MPs who violated the House Rules are: Erik Bánki, Márk Bíró, Sándor Font, Péter Hoppál, László Horváth, János Kerényi, Sándor Kovács, Gábor Kubatov, and Imre Pesti).

In his explanatory statement, Kövér recalled that last Monday, during the Prime Minister’s address to the Hungarian parliament before the start of daily business, MP Ákos Hadházy first held up a banner with the slogan: “He has to lie because he stole so much,” then “Stop propaganda, Stop corruption” in front of the podium, from which the Prime Minister was giving his speech.

Despite the house president’s several warnings and the call to order, the Prime Minister was “repeatedly forced to interrupt his speech.”

Seeing this, the above-mentioned Fidesz representatives ran to help Viktor Orbán, snatching the boards from Hadházy’s hands, while some Fidesz MPs tried to cover the independent MP’s signs with the Hungarian flag. Later, Hadházy displayed another board from his seat which contained a very obscene expression, angering the house speaker even further.

In an interview, Hadházy revealed that he was considering filing criminal complaints against the nine Fidesz lawmakers.

In his explanation to the Fidesz MPs, Kövér wrote that “although the order of the Chamber could only be restored thanks to the actions of the representatives, their conduct- as an expression of their views against the provocative behavior of their fellow Member – did not comply with House Rules either.”

Following the decision, Hadházy complained in a Facebook post that those Fidesz MPs who “attacked” him in the chamber “were getting off lightly in regard to their use of physical force.” He also asked people to support his work with donations. The politician added: “if more money comes in than the amount of the penalty, I will, of course, use it to fight corruption and propaganda.”