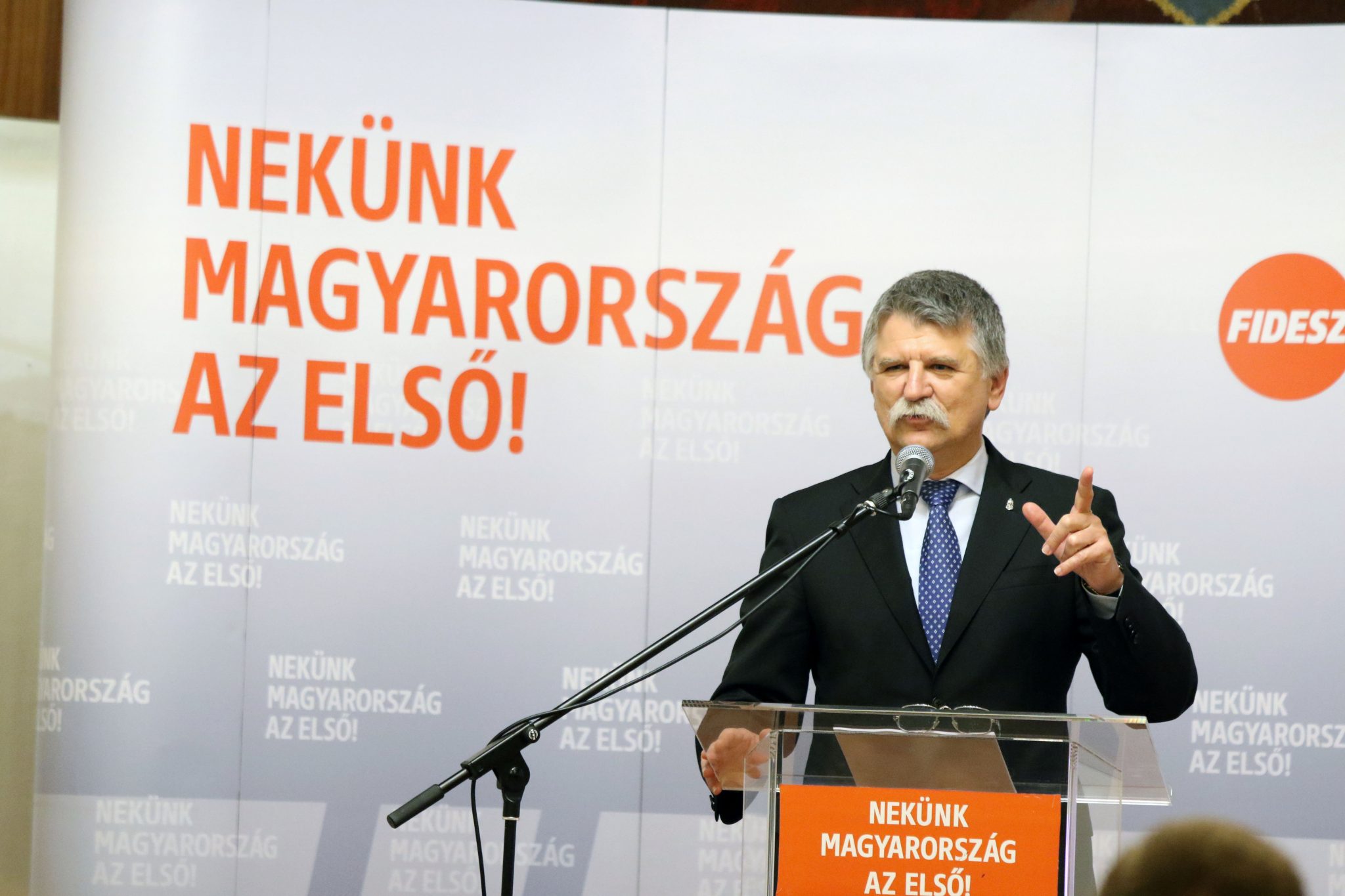 Hungary’s internal affairs amount to “total war”, with no dialogue in parliament and the opposition having “no arguments but invectives”, the house speaker said in an interview published by pro-government weekly Mandiner on Thursday.

In the interview, László Kövér said that “before each election we must fight for victory and the adversary should not be underestimated”, but added that he saw “no emergency” as ruling Fidesz is on top of the polls in each age group.

Kövér touched upon recent remarks by Péter Niedermüller, opposition mayor of Budapest’s 7th district, who described “white, Christian, heterosexuals” as “a scary formation”. Kövér said he was “white, Christian and heterosexual”. “I was given all that by God, it is not my merit but I proudly claim (those properties).”

Concerning the local elections last October, Kövér said that his party had lost municipalities in which “Fidesz had never had an absolute but a strong relative majority”. He mentioned, however, Budapest’s 10th and 21st districts as “baffling exceptions”, and said that a Fidesz victory was possible in such traditionally Socialist-leaning places then it would be possible elsewhere.

Kövér highlighted the importance of focusing on the young generation in the election campaign. They should be involved in politics and offered an alternative to some of the opposition parties.

The house speaker slammed the opposition for accusing the government of neglecting health services in Budapest, “while they are thwarting construction of a new hospital meeting requirements of the 21st century”, Kövér said. He added that “they are doing the same in culture”. He insisted that all developments making Budapest an attractive tourist destination had been completed under Fidesz governments, while the opposition is “not capable of construction and if they happen to be on government, they will be aimed at destruction”. He added, however, that the government should “try to cooperate” but if cooperation is not possible it should “try and mitigate the damage caused by leftist partisan politics”.

Referring to Fidesz’s suspended membership in the European People’s Party, Kövér suggested that “the EPP will do what (Germany’s) CDU party tells them,” and added that a possible majority within the party for a vote to exclude Fidesz “will depend on what the Germans say”. He said he saw no chance for the EPP “to return to its state 20 years ago and adopt conservative and Christian values at least to the extent they used to at the time of Helmut Kohl”. The EPP is “drifting towards destructive, seemingly ideology-free politics dictated by globalist powers”.

“There is life outside the EPP,” Kövér insisted, and said that should Fidesz join the European Conservatives and Reformers, they could be the third largest group in the European Parliament.