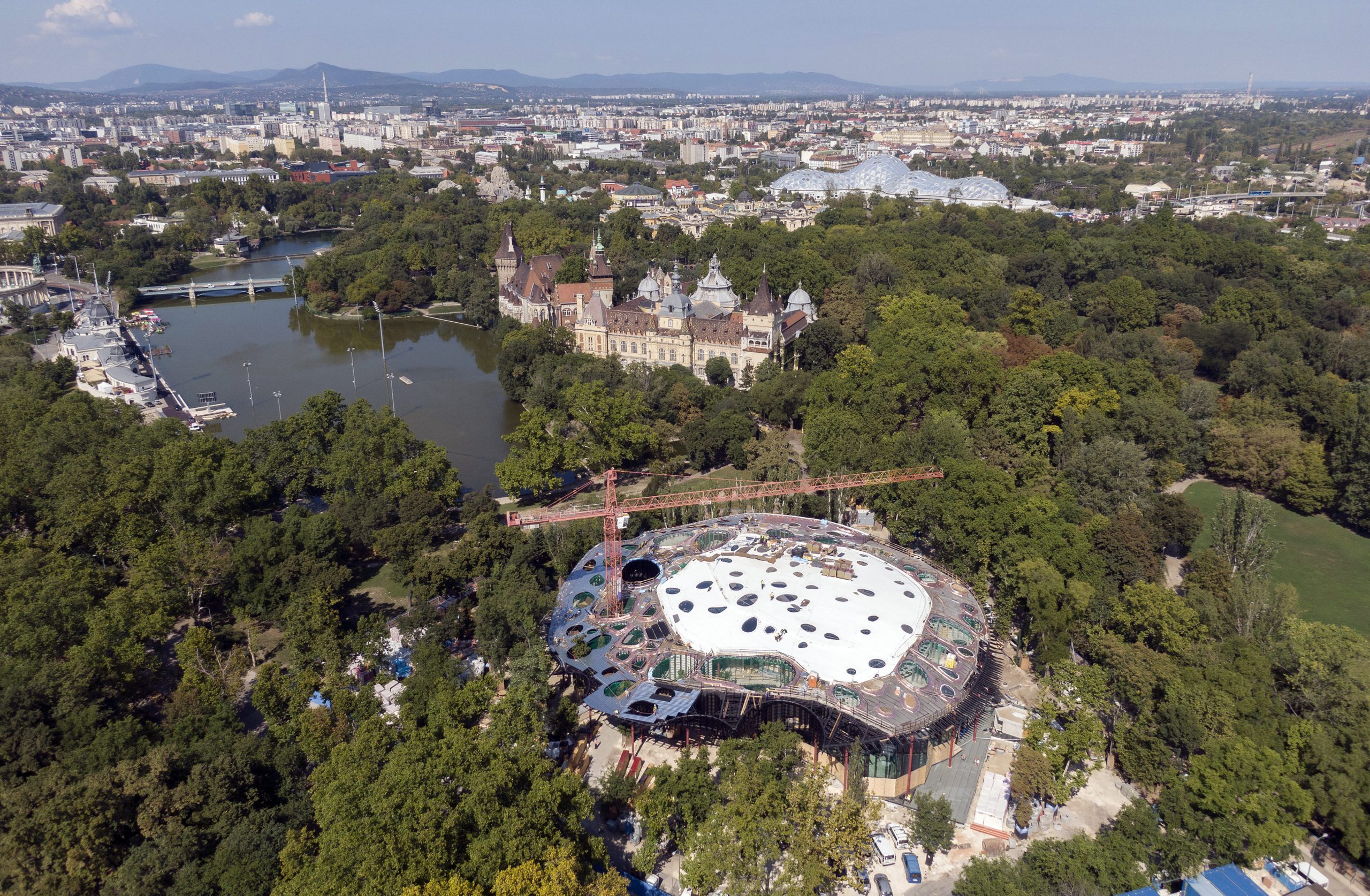 The House of Hungarian Music, a part of a project to transform Budapest’s City Park (Liget) into a cultural venue, has topped the World Architecture Community’s (WAC) list of ten most anticipated buildings set to be completed in 2021.

The House of Hungarian Music designed by Japanese architect Sou Fujimoto is the only building in central and eastern Europe to have made the Dutch journal’s list, which contains the works of architects such as Renzo Piano, Zaha Hadid and Rem Koolhas.

In its description, the WAC notes that the building will overlook the ice rink on the site of the disused and demolished buildings of the Hungexpo offices. The building’s structure is almost complete, “and the iconic roof is already taking shape, as well as its monumental glass walls, the largest of their kind in Europe,” the WAC writes.

The House of Hungarian Music beat out buildings like the King Abdullah Financial District Metro Station in Riyadh, the Inner-city Campus Public Park in Dhaka and the Academy Museum of Motion Pictures in Los Angeles to top the list.

Besides WAC, CNN’s website also listed the House of Hungarian Music among its most anticipated buildings set for completion this year.