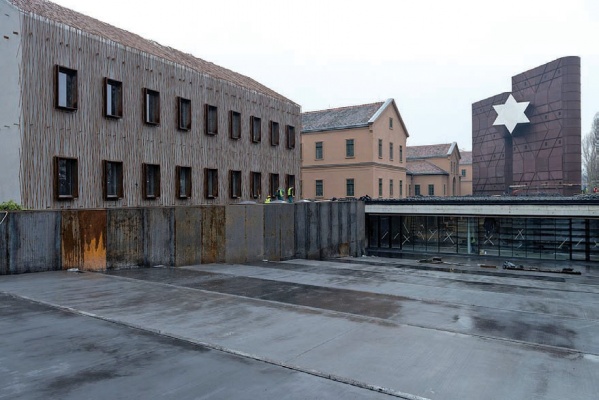 Budapest’s planned House of Fates, a Holocaust memorial museum, should be built “in a spirit of consensus and peace rather than amid scandal”, cabinet chief János Lázár said at a press conference after a meeting of the Jewish Community Roundtable.

The government has shared its “preliminary concept” for the museum with all organisations and experts involved, he said. He declined to give a date for completion of the facility, but suggested that museums of “such sensitive themes” often involved years of negotiation in other countries.

The cabinet chief underlined that “this shrine, educational centre, and museum cannot be built without considering the position and having support of the Hungarian Jewish community”. He insisted that controversial issues “must not be stifled but discussed”, and said he hoped consensus would soon be reached.

Asked if Mária Schmidt, head of the central European historic research foundation in charge of implementing the House of Fates project, could be left out of those discussions, Lázár said, “We are ready to cooperate as always”.

András Heisler, head of Hungarian Jewish federation Mazsihisz, said that “the ball concerning the House of Fates is not in our court; the government needs to resolve issues outside our scope”.

On Tuesday, Ms. Schmidt told commercial broadcaster Lánchíd Rádió that Lázár had failed to sign the necessary contracts or to provide the financial backing for her foundation. The foundation itself had accused Mr. Lázár of “deliberately sabotaging the project”.

Mr. Lázár’s statements come after it emerged that a research centre belonging to the  National Academy of Sciences has harshly criticised the planned museum’s concept, claiming that it is “professionally unfounded, sometimes controversial, hurried and carelessly edited work, with major structural disproportionalities”. Mr. Schmidt has replied to the criticism, saying that the material sent to the Academy by Mr. Lázár was only a “preliminary” concept.

The government decided on the establishment of a new Holocaust museum and memorial centre in 2013. The centre, which was originally scheduled to open on Holocaust Memorial Day in 2014, is currently still awaiting completion. 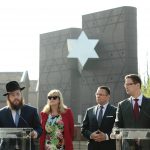