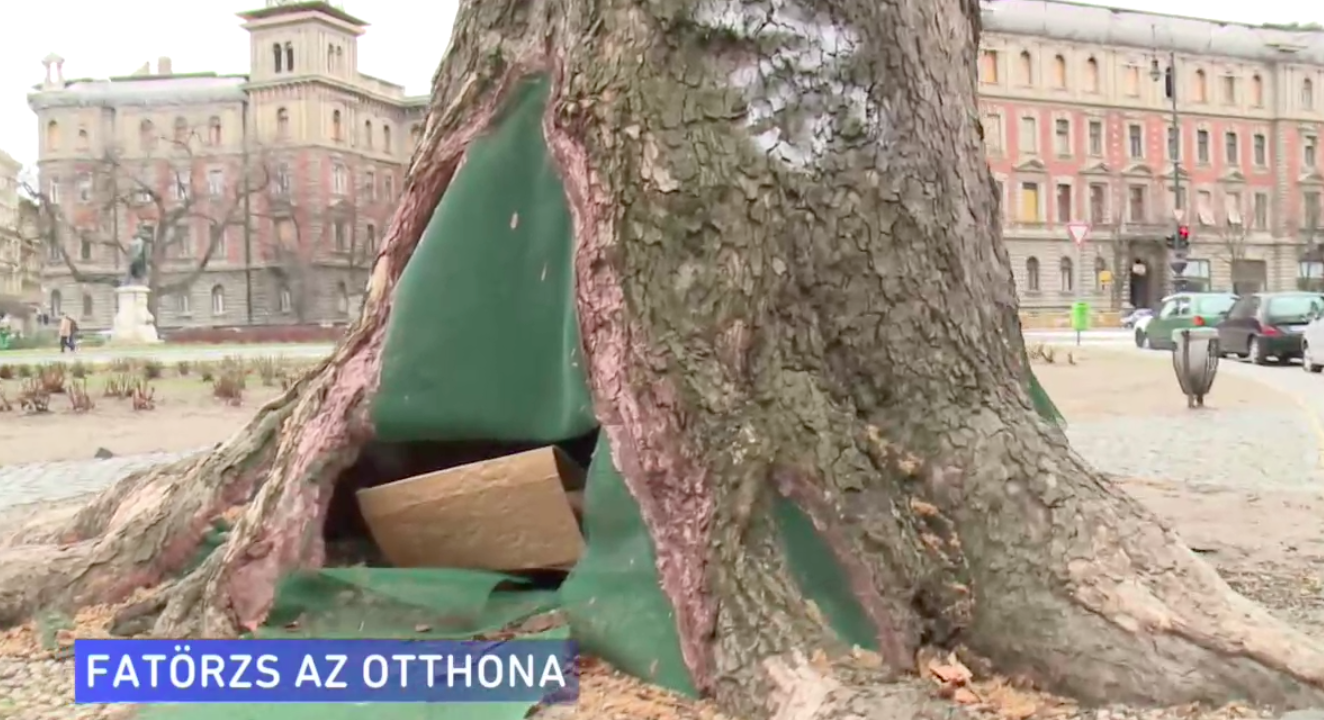 Péter Mucska, a man from Slovakia, left his family a couple of months ago and now lives on the streets of Budapest. This wouldn’t be news if it weren’t for the man’s peculiar choice of shelter. Mucska reportedly ‘moved into’ a 150-year-old sycamore tree in Kodály Körönd, Budapest.

Mucska appeared on RTL Klub’s Fókusz program and described his harrowing journey to Hungary. He arrived in Budapest in November after leaving Slovakia behind following a fight with his family.

Mucska chose to live in the tree a month ago. The sycamore protects him from the elements and even has a ‘window.’ He uses a mosquito net to patch the holes in the tree and simultaneously keep the mice at bay. Mucska claims that people usually don’t even realize he lives in the tree, so he enjoys plenty of solitude. When hungry or cold, he walks to a nearby homeless shelter for food and warmth. However, he can never stay for long as he doesn’t possess a residence card.

Though he typically spends his nights in the tree, Mucska’s days are filled with travels around the city. He claims he can raise around two to three thousand forints a day by collecting aluminum cans.