The HUF 100 flat-rate excise tax introduced by the government from 1 January to replace the rule allowing tax-free home distilling of the traditional Hungarian spirit up to 50 litres still fails to comply with EU regulations, leading to a second EU infringement procedure being launched against Hungary in the matter, PwC tax expert László Deák told the daily newspaper Magyar Nemzet.
The EU directive on excise taxes only permits a single preferential tax rate, maximised at half of the normal rate. According to calculations, the annual quantity of 86 litres that can be distilled at home for HUF 1000 in excise tax would now cost home distillers HUF 71 810.
Although the government has repeatedly signalled that it is committed to preferentially taxed home distilling, it is likely that EU requirements will force it to raise the level of excise tax on home-distilled pálinka to community standards.
Tax-free home distilling of pálinka was legalised by the Orbán government in 2010. The law was overturned by the European Court of Justice for the first time last year.
via index.hu
photo: index.hu/Imre Földi 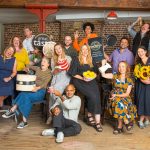