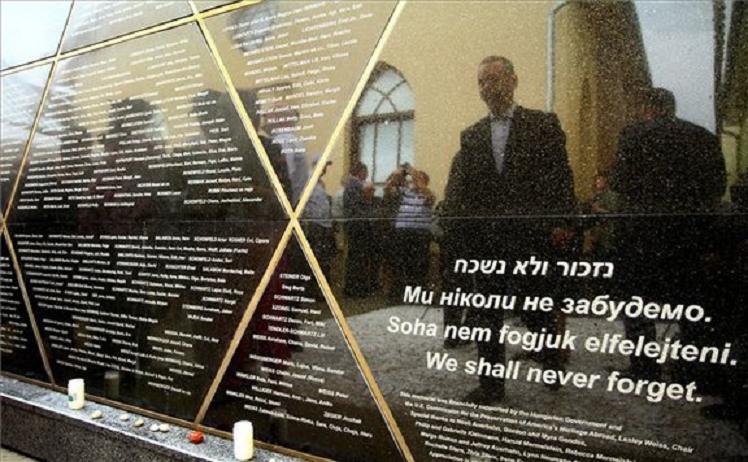 In May 1944, over 10,000 Jews were deported from Beregszász (Berehove, Ukraine) and neighbouring towns, mostly to Auschwitz-Birkenau. To mark the 72nd anniversary of the deportation of the local Jewish community a memorial to Holocaust victims was inaugurated on Tuesday in the garden of the Synagogue. 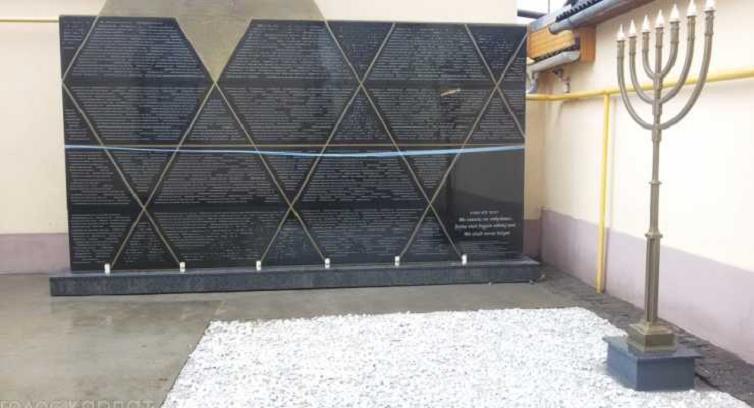 Hungarian Jews form an “integral part of the government’s policy for Hungarian communities abroad”, István Grezsa, Government Commissioner for development coordination between eastern Hungary and western Ukraine, said at the ceremony. The Hungarian government will take responsibility for the “incomparable Jewish cultural values” that Transcarpathia, with its severely reduced Jewish community, has preserved, he said. Hungary also supports renewing Transcarpathia’s Jewish shrines as well as building new ones, Grezsa added.

The monument was financed by the US Commission for the Preservation of America’s Heritage Abroad, the Shalom Foundation, the Hungarian government, and private individuals.