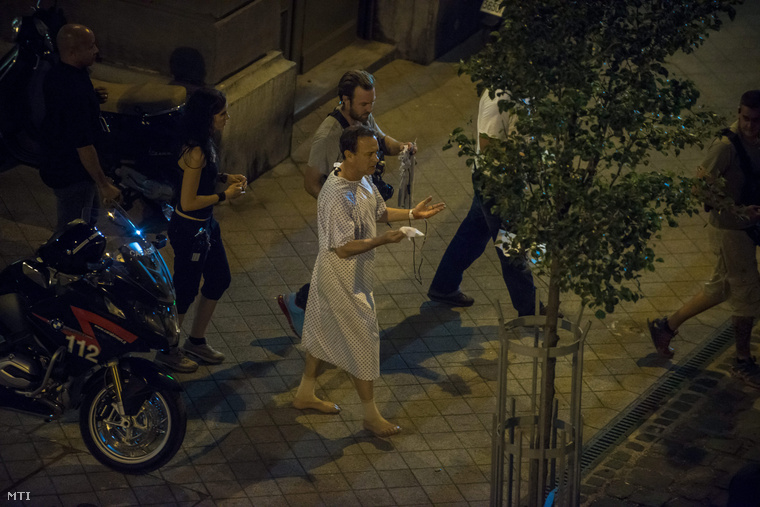 Hollywood superstar Tom Hanks has been pictured in Budapest during the shooting of his new movie “Inferno”, sequel to the blockbusters “The Da Vinci Code” and “Angels and Demons”. The snaps were taken by a photographer from the Hungarian state news agency MTI on Gutenberg tér in the capital’s District VIII and who the two-times Oscar-winning star, who will be sixty next year, in extraordinary shape.

One of the photos sees the movie’s Oscar-winning director Ron Howard (in the green baseball cap) instruct the star. On a separate note, all of the movie’s action scenes will feature Hungarian stuntmen who have already performed in Hollywood productions such as the Game of Thrones, Hercules, Die Hard 5. 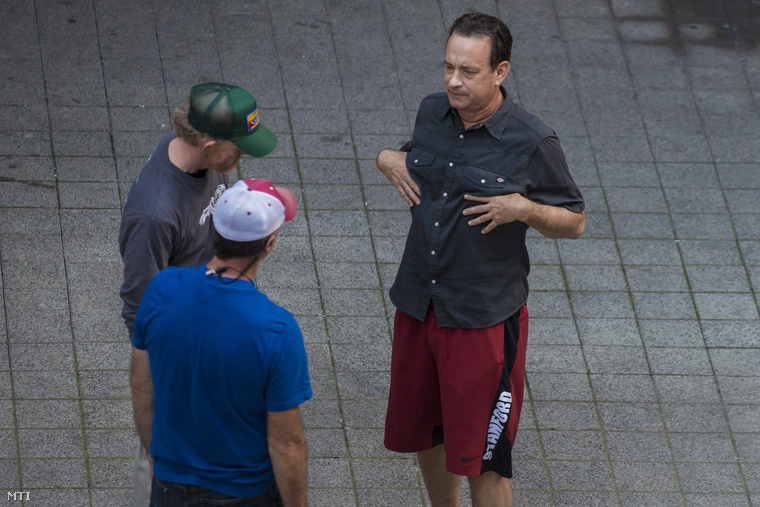 In all probability, the scene shot at Gutenberg tér in the opening of the movie’s exciting story, which sees a famous symbol researcher awake in a hospital bed without a hint of where he is and how he got there.