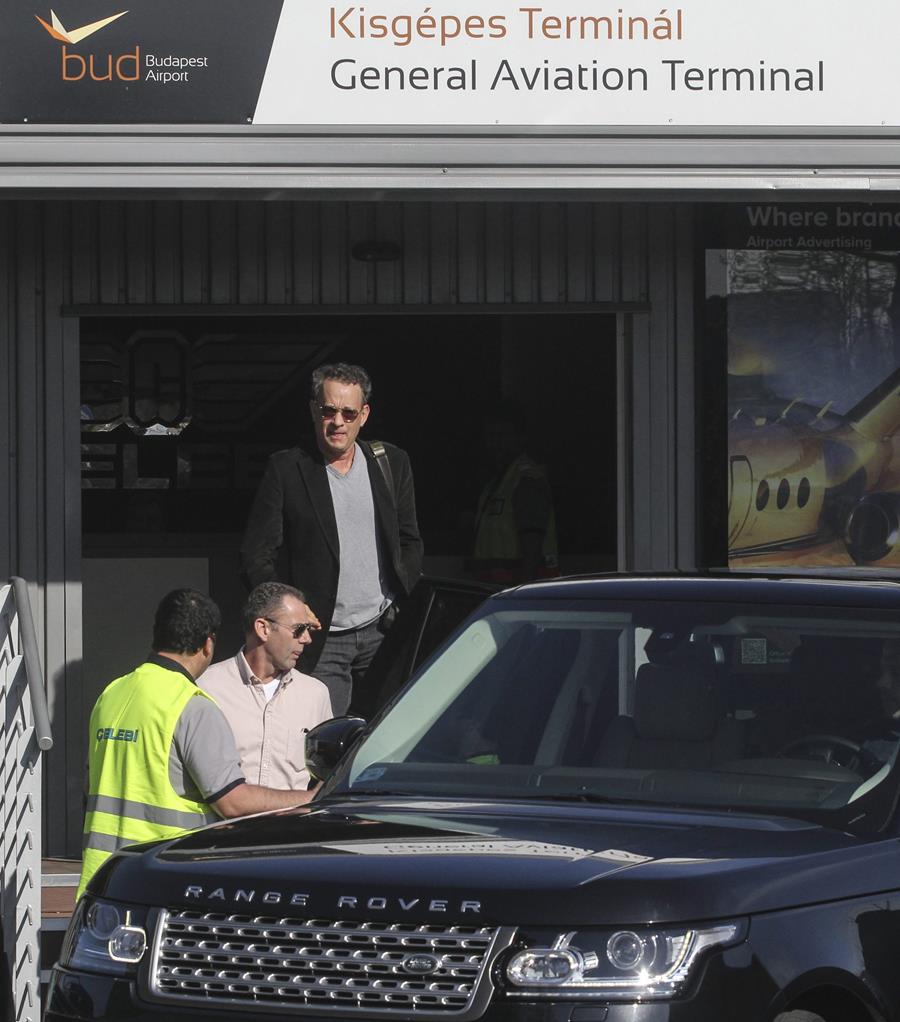 Oscar-winning US actor Tom Hanks has arrived in Budaest for the preparations of the shooting of his new film “Inferno”, sequel to “The Da Vinci Code”. The shooting of the movie will begin in mid-May. The actor arrived late on Sunday evening  to the General Aviation Terminal of Budapest’s Liszt Ferenc International Airport.

Although Budapest will not be featured as a location in the film, the third episode will partially be shot in the Hungarian capital. The two-times Oscar-winning Hollywood movie star will play Harvard symbol researcher Robert Langdon, who will be on a quest to save the world from a mad scientist, played by Ben Foster. The movie is expected to be as action-packed and exciting as its precedessors, The Da Vinci Code and Angels and Demons. The film, directed by Ron Howard, will premier in the USA on 14 October 2016.

In January, the tabloid website Borsonline reported that the Hollywood movie star will be moving to Budapest for the period of shooting.  Plans are to hold fifty shooting days both in studio and open-air settings, with scenes expected to be played out in the surroundings of the Opera. The team will also visit other cities while working on the film, including Istanbul and Florence, but for a combined period of only ten days, far less than the time spent in Budapest.