The Hungarian National Film Fund announced in November that it would financially support 14 Hungarian historical movies. The only information available at the time, however, were the names of the winners and the titles of the film plans. We now know the extent of the financial support as well as each script’s topic.

The 14 winning film proposals recall many of Hungary’s most significant historical periods, including the reign of King Mátyás (Matthias Corvinus), the Revolution and War of 1848–49 and the political system change in 1989-90. In these movies, the viewers will meet the (in)famous Báthory family; beloved young poet Sándor Petőfi; King Mátyás, the just; poet Bálint Balassi; famous composer Béla Bartók; Polish general of the 1848-49 Hungarian revolution, József Bem, and other heroes of 1848-49 and 1956.  The projects will center on various themes such as war and peace, rise and collapse and shame and glory.

Some of the titles could be easily identified prior to knowing the topic of each script. For example, the subjects of the two films Bartók and Feleségek Felesége (Wife of wives) could have been easily deciphered long before a plot reveal. The latter refers to Júlia Szendrey, Sándor Petőfi’s wife, and will give insight into her tragic life. In Hadilányok (War girls) we’ll meet the women who accompanied the well-known military forces serving under King Mátyás, the Black Army. 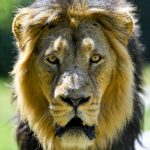