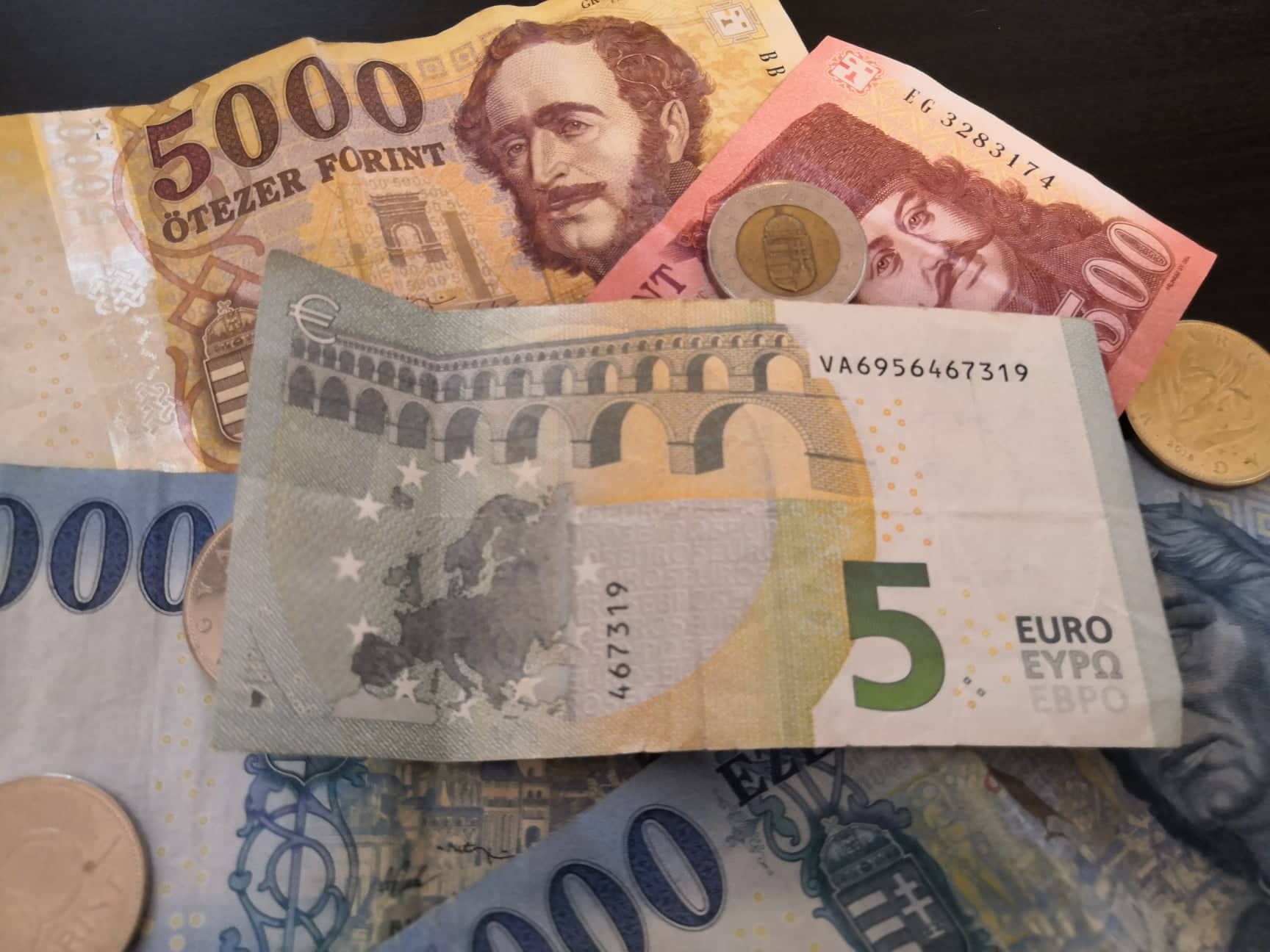 As the Forint hit a historic low against the Euro, discussions have once again begun regarding the introduction of the European common currency. The opposition party Párbeszéd has called on the government to take steps to adopt the Euro while the Democratic Coalition proposed that the European Union should legally compel Hungary to introduce it. These actions further fueled the debate about the benefits and disadvantages of Hungary’s future accession to the Eurozone.

The first Orbán government in 2001 set the date for the introduction of the Euro for  January 1, 2007. Much water has run in the Danube since then, and following the recession in 2008, the case lost its priority as crisis-hit Hungary had long been unable to fulfill the requirements. Although the Hungarian economy has since recovered and been in good shape for years, and the country could easily adapt to the common money, the situation regarding the Euro hasn’t changed. In January, Prime Minister Viktor Orbán said that he had no target date for the introduction of the Euro in Hungary. He does not clearly see the future of the Euro and, also, the area where the Euro is in use is not the same as “what we originally wanted to join,” he said. In early May at a press conference, Minister of Finance Mihály Varga similarly stated: “The government does not intend to join a zone in which rules are currently undergoing changes.”

This clearly shows that the Hungarian government has no immediate intention to change its currency to the Euro.

As for the debates surrounding the Euro, it is worth emphasizing that there are legitimate arguments in favor of both the introduction of the currency and the retention of the Forint. Thus, judging the question depends mainly on how we weigh the pros and cons.

The benefits of the Euro

According to the supporters of the eurozone, the currency helps to account for international transactions, thus benefiting the economy, trade, and stimulating growth. It also provides stability – the Hungarian currency would not be exposed to fluctuations in investor sentiment.

National Bank: Hungary to Adopt Euro “in the Coming Decades”

The introduction of the Euro can stabilize inflation rates with the relative price stability helping both consumers and businesses alike. The common currency also makes it easier to compare prices, making the markets more competitive, more transparent. Additionally, Hungary and Hungarians would save a huge amount of money on the price of exchanging bank notes, which would also boost trade as companies and consumers wouldn’t count these costs. The Euro could lead to a stronger presence for Hungary in the global economy. Trading with non-EU countries is also easier as a company can reach a range of countries using the Euro simultaneously. The common currency leads to more integrated financial markets as investors don’t have to worry about exchange rate risk, different monetary conditions, and other things.

Lastly, it has a symbolic meaning showing the commitment to the common European identity. (It is, of course, the least important of all the arguments so far, yet in the world of politics it still has importance).

The benefits of the Forint

When the EU decided to adopt a common currency, Nobel prize winner economist Milton Friedman made the prediction that the Euro was so flawed that it would not survive its first crisis. This did not happen; however, looking at the Italian and Greek economy his prediction proved to be noteworthy. While many interpret the insistence on the Forint as a sign of economic weakness Forint has its advantages as well.

The main point of keeping the Forint is that the government can determine inflation levels.  The devaluation of its own currency gives the government a great deal of room to boost economic activity, reduce unemployment, stimulate exports, and reduce imports. This way, in case of a financial crisis, the country is able to use its exchange-rate or monetary policy to help spur economic growth. If the Forint remains the local currency in Hungary, it means that the Central Bank alone can operate with more direct monetary instruments and goals.

With things like the base rate, the government can use the currency to control company, or enterprise lending through banks. In addition, it can increase or decrease the amount of Forints on the market without any restrictions, which means the government is able to freely inflate, for example, to facilitate exports.  One could then buy assets freely, that is, pour money into sectors of personal preference.

Critics of the rapid accession of the eurozone believe that the periphery countries of the single currency could be in an extreme disadvantage, since the Euro exchange rate is not adjusted to the competitiveness of individual member states, but instead to the average of the Euro area. As a result, for example, Germany can trade with undervalued Euros and achieve fantastic export results, while southern countries such as Spain or Greece have a hard time with the overvalued Euro.

According to German think-tank, Center for European Policy’s (CEP) recently published scientific article, only two countries (Germany, and the Netherlands) are gaining a lot from the introduction of the Euro, while some of the member states have lost out.  The findings of the study have generated huge debate with many criticizing its methodology.

Hungarians are rather divided

According to the latest Eurobarometer survey on the introduction of the Euro in the member states that have not yet adopted the common currency, the majority of respondents in Hungary (66%) were in favor of introducing the Euro. However, there are several studies contradicting this finding. A recent poll of (left-leaning) Závech research found that only 38%t of Hungarians support Hungary changing the Forint to the European common currency, while 49% of them opposed the idea.

The Euro greatly reduces the governments’ room for maneuvers in economic policy, so it is no wonder that the Fidesz government is not a big fan. The Orbán government has been highly sensitive to its political autonomy, opposing the European elites and institutions. Orbán is likely to see the Euro as a threat, a means of the West trying to influence the country, rather than as an important political goal, or as a benchmark for development or a safety net for the economy and society (knowing that forex loans still put many families at risk for losing their homes).

While Hungary could easily meet all the requirements to enter the Eurozone, taking into account the statements by policymakers and the general direction of the Orbán government, it is unlikely that Hungary will become a member of the Eurozone anytime soon. Also, while the Forint has never been this low, it is stable, and Hungary’s strong economic performance and stringent fiscal policy keep government bonds attractive enough so that inflation rates are stable.