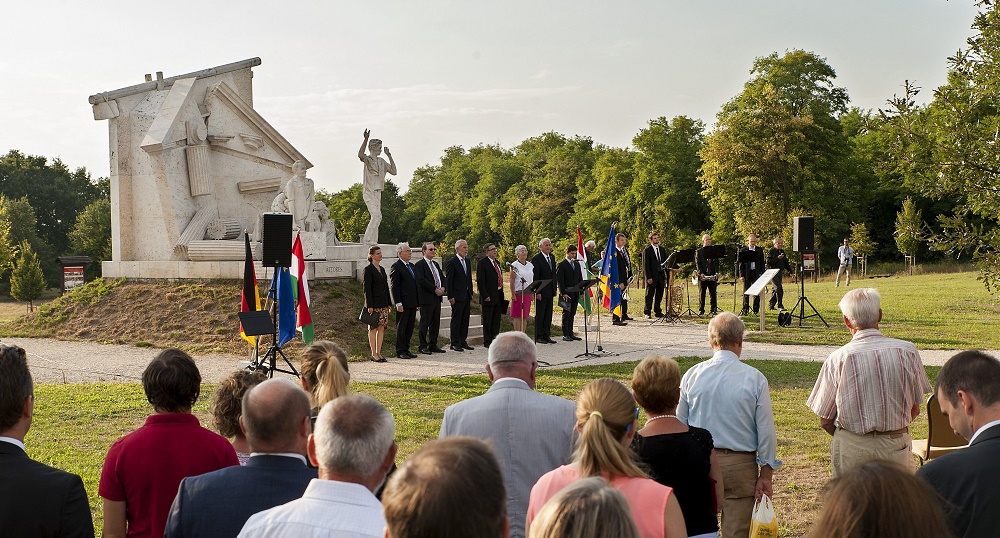 A commemoration was held near the Hungarian-Austrian border to mark the 27th anniversary of the Pan-European Picnic, a landmark event that paved the way for the fall of the Iron Curtain and the reunification of Germany.

Frank Spengler, the head of the Hungarian office of Germany’s Konrad Adenauer Foundation, said at the event held in the village of Sopronpuszta that many people in Europe today feel that freedom and peace on the continent are under threat. This was the reason for the reintroduction of temporary border checks by many European Union member states, he added. Spengler expressed hope that the EU can find a way to strengthen its external borders so that the internal checks can be lifted.

The Pan-European Picnic was a peace demonstration held on the Austrian-Hungarian border near Sopron, Hungary on 19 August 1989, the day before the Hungarian holiday commemorating Stephen I of Hungary. Part of the Revolutions of 1989 leading to the lifting of the Iron Curtain and the reunification of Germany, it was organised by the Paneuropean Union and the opposition Hungarian Democratic Forum under the sponsorship of Otto von Habsburg and Imre Pozsgay.