Historian: Hungary’s Occupation by Nazis in 1944 Was Calculated by the USA and Great Britain to Reduce Their Western Forces 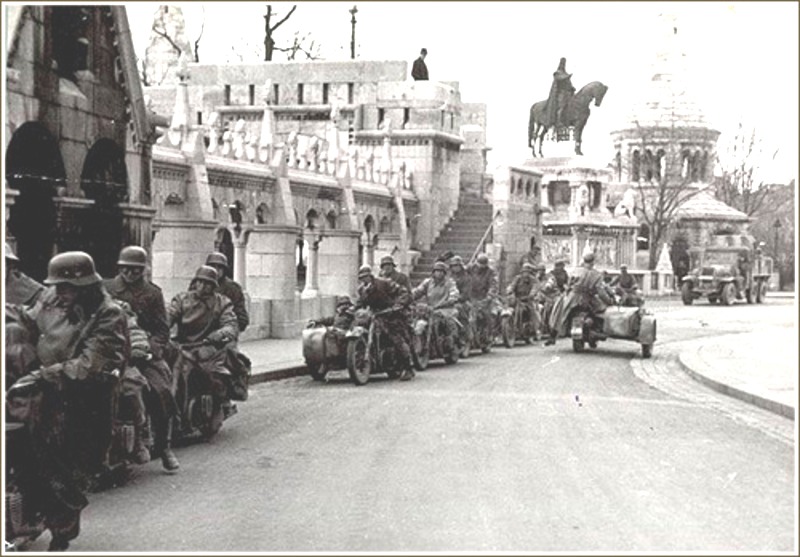 In reference to data found in the Washington archives of US military intelligence, Indiana University’s Hungarian historian László Borhi claims in a detailed article published on Index that the USA and Great Britain played a part in the provocation of Hungary’s German occupation, essentially turning a blind eye to the fate of hundreds of thousands of Jewish, anti-Nazi and democratic victims.

Hungary’s German occupation — justified by Hitler via the “unresolved Jewish question” and the “unfaithfulness” of Hungarian political leadership — is one of the most traumatic periods in Hungarian history. It came somewhat unexpectedly as governor Miklós Horthy was a German ally who supplied the country with manpower and assisted it economically. Despite the fact that Hungary was called Hitler’s last satellite state, the data confirms that from 1943, Hungary agreed to surrender, effectively ending the World War on the allies’ side.

Data from the dissolved military intelligence unit Office of Strategic Services (OSS), however, proves that the Allies played a two-faced game. From March 1943, their goal was to “discredit the Hungarian leadership in the eyes of the Germans” and provoke the German occupation of the country. All of this was inspired by the idea that having these troops redirected for a potential occupation would cause them to be absent from the German army at the time of the Landing, a time crucial to the West’s victory over the Nazi empire.

From 1943 onwards, several notes confirm that a potential occupation was in the Allies’ interest. While secret “fake” talks about Hungary’s surrender commenced, the German occupation became Hungary’s fate. According to a note from March 1943, “his Majesty’s government is no longer afraid of German occupation, all the more, it would be a positive development as it would increase the tasks of the German army. Its effect would be even greater if it could be timed by the Allies’ landing.”

Winston Churchill also spoke about it to Roosevelt, arguing that Hitler’s Germany was afraid that Hungary and Romania would quit the war: “If we were able to trigger such a reaction and benefit from it, our position [in Italy] would be much better.” After the two agreed on the exact location of the Landing during a September meeting in Québec, the US chief of staff informed the Foreign Ministry that “it would greatly improve the military situation of the Allies if both countries [Hungary and Romania] or one of the two would break out from the war regardless of whether such a move would certainly lead to the full German occupation of these countries.” The next day, the OSS chief ordered OSS Swiss Resident Allen Dulles, the regular negotiating partner of Hungarian peace delegations, to execute the policy.

By the end of 1943, Hungary had already provided the Americans with intelligence and they came to the conclusion that Hungary was ready to waive its territorial claims in hope of a separate peace. The OSS learned that the Germans were aware of the secret talks thanks to a double agent named Ottó Hatz Hátszegi. Meanwhile, a US military delegation set off for Budapest under Mission Sparrow, but as the Gestapo was aware of the operation, it quickly captured all three members. The leader of the mission, Colonel Florimond Duke, later came to the conclusion that the only real goal of his mission was to provoke the break out. Three days later, on March 19, the Germans invaded Hungary.

What is more, not a single word in the OSS’ files has been dedicated to the approx. 825 thousands Jews who lived in Hungary at that time and were condemned to a cruel fate.