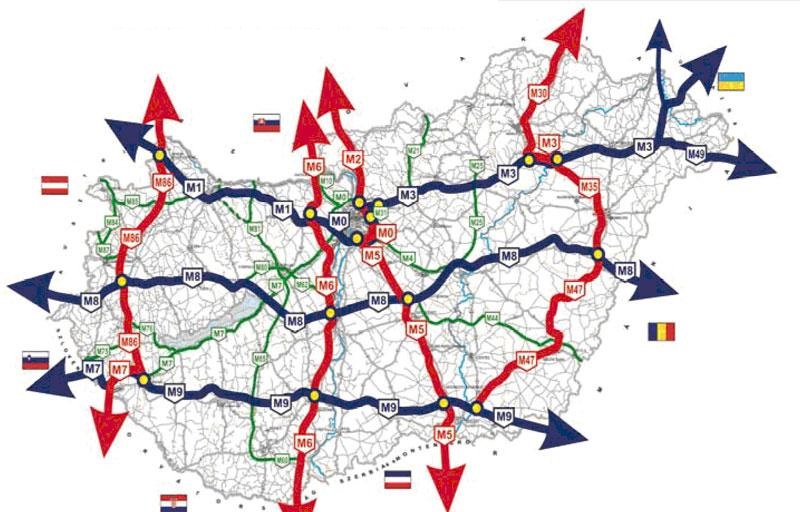 The number of Hungary’s border crossings with a motorway link may double by the year 2022, national daily Magyar Hírlap said. Over the past 20 years six such facilities have been built, to be followed by another six over the next five years, the national development ministry told the paper.

The government decided to build 900 kilometres of motorways and dual carriageways, and earmark a total 2,500 billion forints (8.2 billion euro) for road construction until 2022, it said. The M4 motorway to connect Budapest with Oradea (Nagyvárad) in western Romania will be completed with the inauguration of the last 30 km section on the Hungarian side of the border by early 2020. The construction of the dual carriageway M30 between Miskolc and Kosice (Kassa) in eastern Slovakia is scheduled to start next year but its Tornyosnémeti border crossing will be inaugurated before this year is over. 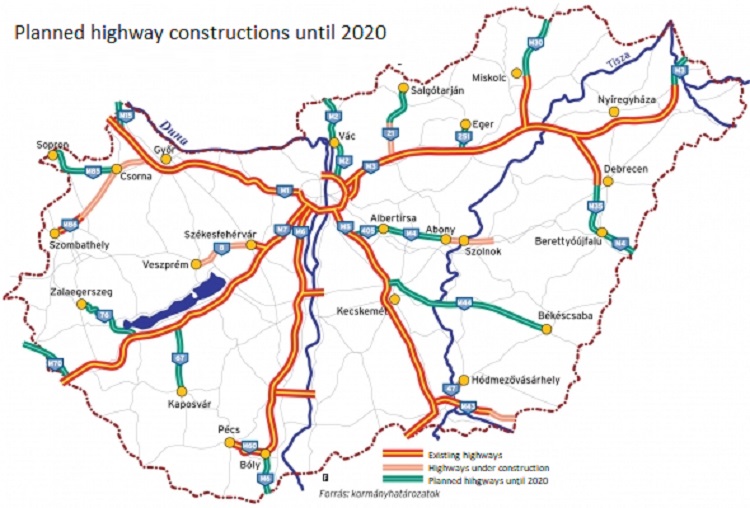 As far as links to Austria are concerned, the border sections of M8 at Rábafüzes (in the direction of Graz) and M85 at Sopron (in the direction of Vienna) will be completed in the coming five years. The last section of motorway M6 between Bóly and the Croatian border will probably be opened in late 2020 pending environmental permits. The construction of the last section of motorway M3 between Vásárosnamény and the Ukrainian border is scheduled to start in early 2021.