Hidvéghi: Fidesz’s Own Prerogative to Decide on EPP Membership 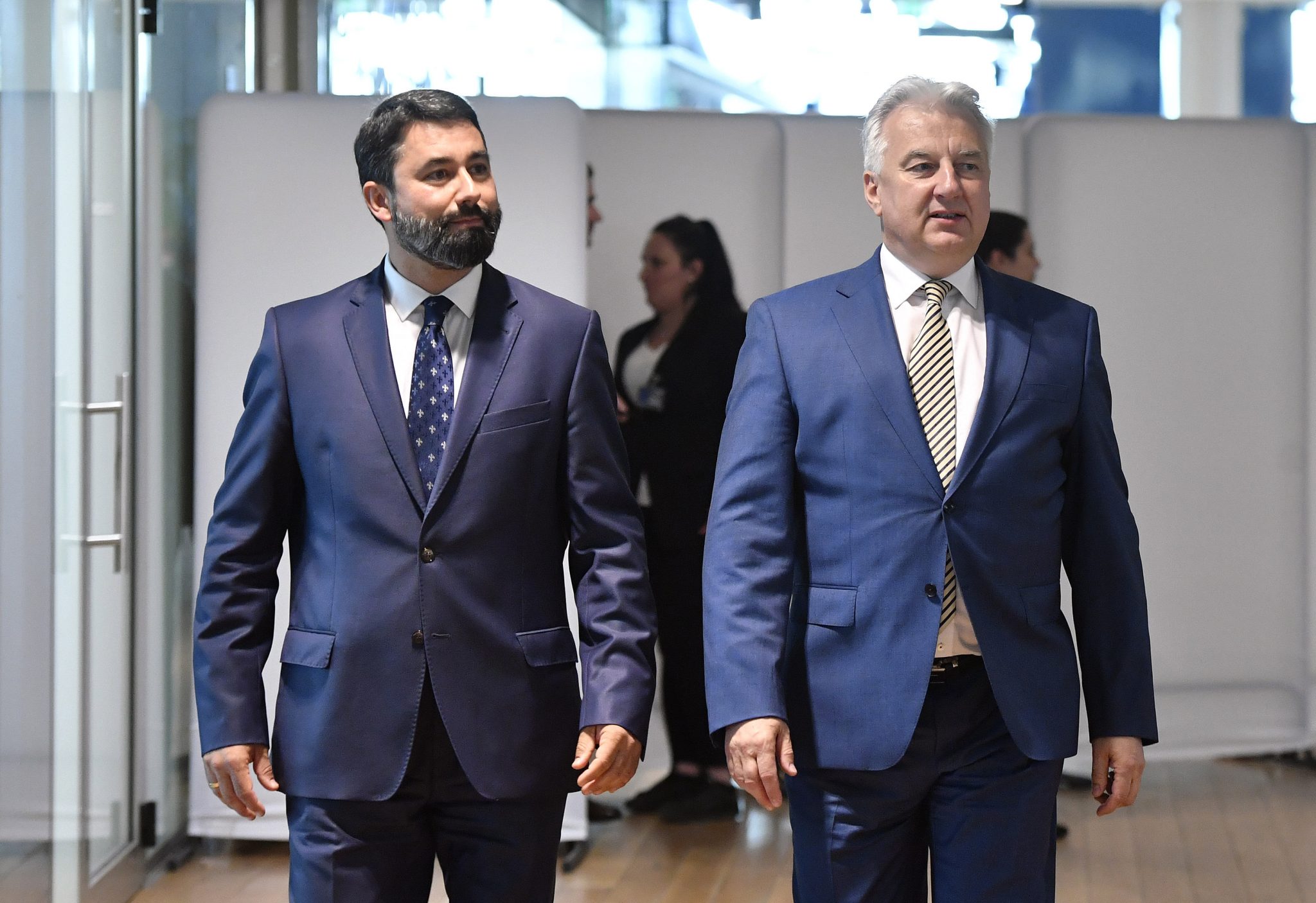 Hungary’s ruling Fidesz party will decide on its own whether to remain a member of the European People’s Party (EPP), its party family within the European Parliament, depending on where its policies will be represented best, MEP-elect Balázs Hidvéghi told public radio on Sunday.

Hidvéghi, who is also the party’s communications chief, said that the EPP’s “lukewarm, left-leaning policies” had yielded no results and that it “should be steered to the right”.

Many within the EPP have “genuine respect” for Fidesz’s results in the May European parliamentary election, he said, and many have expressed their wishes that the Hungarian Fidesz-Christian Democrats (KDNP) alliance should remain in the party family.

However, the party’s primary goal is to “put into practice the mandate received from the Hungarian people”, he said.

A vast majority of Hungarians have voted that Fidesz should take a stand against immigration and for a Europe of nation states, he said. Voters, he added, also want Fidesz to insist on preserving national sovereignty and to “oppose bad Brussels policies that have weakened Europe”.

If this is best done within the EPP, Fidesz will decide to stay, “and if not, [Fidesz] will continue elsewhere”, Hidvéghi said.

Regarding the re-election of Manfred Weber, the EPP’s group leader in the EP, Hidvéghi insisted that the vote was “not a real election” but rather an “automatic move rooted in the tradition that that position goes to the nation sending the largest group of MEPs to the EPP.” Fidesz would have had no advantage from opposing that, Hidvéghi said, adding that they maintain their view that Weber would be “unfit to be president of the European Commission.”

The MEPs of Fidesz-KDNP are aiming to clinch leadership positions in EP committees, Hidvéghi said. The party alliance is sending 13 representatives to the EP, making it the third largest group within the EPP. “We are rather a large faction, this lends us political power and commands respect,” he said.

A divorce from the EPP would not weaken Hungary’s position, Hidvéghi said. He cited a strengthening cooperation among the Visegrád Group as an example, despite the fact that their MEPs sit in various EP party families.