Heroin with a street value of 100 million forints (EUR 310,000) has been seized and three Serbian and two Hungarian citizens caught by police in Siófok, in western Hungary, the website of the Budapest police headquarters reported on Monday.

The men were detained on Saturday and a court ruled on Monday that the three Serbian citizens and one of the Hungarians must be taken into custody, while the other Hungarian must be kept under criminal supervision, police.hu said.

The men are suspected of having regularly smuggled heroin to Hungary, with the Serbians in charge of acquisition and transport and one of the Hungarians in charge of distribution. The drugs were stored in concealed storage compartments behind the rear wheels of a van. Police found more than 5 kgs of pure heroin when they captured two Serbian men in the Siófok home of their Hungarian partner. The third Serbian was detained in a hostel in the Kispest district of Budapest from where more than 10,000 euros in cash was also seized.

The court ruled that the Serbians must be arrested because they have no other ties in Hungary and may flee from justice. In the case of one of the Hungarians, the court said there was a danger of recidivism while the other Hungarian can only leave his home with a special permit. 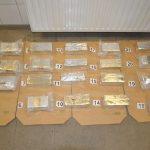 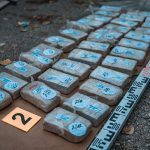