As Hungarian left-wing parties continue to argue over whether to run jointly or separately in next Spring’s general election, commentators across the political spectrum agree that the Left has little chance to defeat Fidesz in 2018. Left-wing parties, they assume, are competing with each other to lead the opposition, rather than with the governing parties. Press review by budapost.eu:

Népszava’s Péter Németh thinks that the opposition parties may still have a chance to defeat Fidesz if they run jointly in the 2018 Parliamentary election. The left-wing columnist recalls that recent opinion polls may show a record high Fidesz lead, but also indicate that a narrow majority want change: 45 per cent of voters would prefer to replace the current government, while only 44 per cent would re-elect it. In Németh’s interpretation, the polls suggest that even those voters who are dissatisfied with the current government are unlikely to vote against it unless there is a strong opposition coalition that has a credible chance of winning.

In Magyar Nemzet, Mariann Katona is convinced that the left-wing forces are competing with each other rather than with Fidesz. The MSZP wants to establish a joint left-wing party list and run with a joint candidate for Prime Minister, while the Democratic Coalition would prefer to have joint candidates in single seat districts, but separate lists and candidates for PM. Jobbik, the LMP and the Momentum movement are not willing to discuss any electoral cooperation. Katona suspects that all these opposition parties are competing for the same votes. Such fragmentation on the Left helps Fidesz keep its lead, Katona concludes.

Writing in 168 Óra, Zoltán Lakner also finds that Gyurcsány’s Democatic Coalition favours a looser left-wing cooperation than the MSZP – an option that the Democratic Coalition very much opposed four years ago. The left-wing analyst thinks that the Democratic Coalition refuses to support a joint candidate for PM because it has become stronger since 2014. As Gyurcsány now has a chance of winning more votes than the MSZP, his party could become the dominant force on the Left. This is why he does not want to cooperate as closely as he did in the past when his party was weaker, Lakner concludes.

In Magyar Hírlap, Károly Bán agrees with LMP frontrunner Bernadett Szél who defends her party’s plan to run on its own, arguing that it makes little sense to vote for a motley crew of left-wing parties. The pro-government commentator thinks that intra-Left disputes about electoral cooperation clearly show their inability to cooperate with each other. If they cannot agree on whether to run together and in what format, how could they govern the country? Bán wonders.

It would not be at all reasonable for the left-wing parties to cooperate, political scientist Balázs Orbán believes on Mandiner. In order to gain voters, competing left-wing parties need to send strong and highly polarized messages to voters in order to distinguish themselves from other parties on the Left, he explains. Any cooperation would compromise this effort, and running jointly would also make it even more difficult for the small left-wing parties to have their own party groups in Parliament, Orbán adds. Parties who run separately can form a faction if they run with their own party lists and pass the 5 per cent threshold or have at least 3 MPs. Parties running jointly need 12 MPs to have their own faction. Without a Parliamentary party faction of their own, MPs are powerless and invisible, Orbán writes. He concludes that this makes it irrational for the opposition parties to cooperate in the 2018 election.

In their regular joint interview with Heti Válasz, political scientist Ágoston Sámuel Mráz and Gábor Török agree that left-wing parties are preoccupied with defeating each other rather than finding ways to jointly challenge Fidesz. In Gábor Török’s calculation, the Left is unlikely to win the election, but it they run together, they might gain just enough seats to make it impossible for Fidesz to form a government. Mráz adds that each left-wing party wants to make sure that it can blame other left-wing parties for their defeat and the victory of Fidesz in the 2018 election. Mráz suspects that former PM Gyurcsány may become the leader of the after 2018, if the decline of the Socialist Party continues. 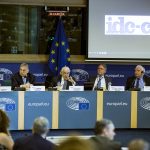