Here’s How The Hungarian Press Reacted To The Oscar Success

Hungarian short film ‘Sing’ by Kristóf Deák won the 2017 Academy Award for the best live action short film. Earlier this year, Ildikó Enyedi’s ‘Body and Soul’ won the top prize at the Berlin film festival, while Son of Saul, by László Jeles Nemes won the Oscar for the best non-English-speaking feature film last year. In the wake of the success run, Hungarian commentators disagree on whether or not the prestigious prizes won by state-sponsored Hungarian films over the past year show that the controversial reforms enacted by the right-wing government in the film industry were correct after all. Press round-up by budapost.eu:

In Magyar Idők, Ottó Gajdics reminds those whom he calls ‘the apostles of negation’ that when the current government disbanded the previous movie sponsoring structures and nominated Hungarian-American producer Andy Vajna as government commissioner for the film industry, they predicted the extinction of Film as an art-form in Hungary. Two Oscars and one Golden Bear represent a resounding answer to their negativism, the pro-government columnist writes.

Hungarian film production is back in the world’s top league, Dániel Levente Pál writes in Magyar Idők. The pro-government commentator underscores that Enyedi Ildikó’s movie as well as the Oscar winning Son of Saul directed by László Nemes Jeles were both funded by the Hungarian National Film Fund. All this, Pál believes, is a proof that the Hungarian public film funding system created and led by the Hungarian-American film producer Andy Vajna is a success story.

In Magyar Hírlap, Pál Dippold praises Kristóf Deák, who admitted in his acceptance speech that Hungary’s movie industry is being resuscitated. Dippold contrasts that attitude to that of Ildikó Enyedi, who after winning her Golden Bear with a film sponsored by the Hungarian Movie Fundation, told German journalists that she would like to be proud of her country but was instead ashamed. Anyway, he concludes, Sing’s success gives all Hungarians an opportunity to feel happy, regardless of their differences about taste and politics.

On liberal news site 444.hu, Gábor Vajda (aka anarki) thinks that despite the nationwide celebration, Sing is not a really good film. In his judgement, the Oscar-winning short film is not more than a “lazy experiment based on a single gag”. “The implementation of the idea is rather rough-and-ready and, what is the worst, the film is too lazy to elaborate its own concept”, he writes.

In Népszava, Géza Csákvári remarks that ’Sing’ wasn’t sponsored by Andy Vajna’s National Movie Foundation, but by the National Media Council, because short films are destined mainly for television and the Council is the supreme authority regulating the TV industry. His main point however, is that Sing’s destiny would have been complete oblivion after it was broadcast by Public Television, had it not been for the director himself and his producer. They personally called the attention of journalists to their film and submitted it for screenings in a series of international festivals. They managed to be nominated for this year’s Oscar after winning the first prize at the Tokyo Film Festival.

Népszava’s Judit Kósa, thinks that the Hungarian public film funding scheme is a joke. The left-wing columnist finds it ‘absurd and frightening’ that public funding is distributed by a former Hollywood producer and state employees help the creation of Hungarian films. Kósa contends that it is a ‘miracle’ and a rare exception that the Hungaian National Film Fund supported Ildikó Enyedi’s film, a movie which was fully deserving of that backing. 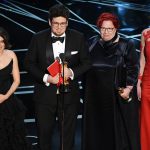 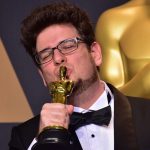