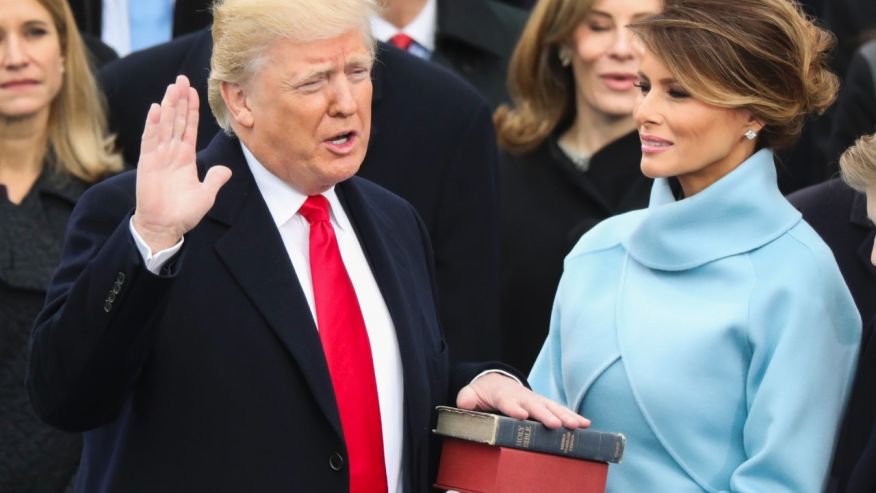 Hungarian commentators in leading weekly newspapers unanimously predict that new US President Donald Trump will bring something entirely new into American and world politics, but disagree on whether to welcome or fear that novelty. Hungarian press-roundup by budapost.eu.

In left-wing HVG, chief international commentator Gábor Nagy characterises the Trump presidency as “a leap into the dark” and predicts that the new President will approach the ideal of a “monarchic president” proposed by Alexander Hamilton for America, but rejected by the Philadelphia Constitutional Convention in 1787. Executive presidential orders have been widely used by his two predecessors, George W. Bush and Barack Obama, and Nagy thinks Mr Trump will not refrain from using this tool. Moreover, the like of the present overwhelming Republican domination of the government as a whole hasn’t been seen in America since the 1920s, he adds.

In conservative Heti Válasz, Anna Stumpf believes that despite the exemplary graciousness of the transfer of power, Democrats and even President Obama himself will put up a tough fight to change that state of affairs. She interprets outgoing President Obama’s farewell address as an appeal to Democrats to overthrow the Republican majority. In order to achieve that goal, combative Democrats don’t only consider President Trump as an adversary but describe him as an enemy of democracy. For them, civil disobedience against the Trump presidency is a patriotic act. As she sees it, the infrastructure of two Obama campaigns is still intact with campaign chief Jim Messina on board and the 4000 people to be dismissed from the administration representing an army whose resources and efficiency should not be underestimated.

In its customary weekly editorial, left-wing Magyar Narancs expresses strong misgivings about the Trump presidency. The editors characterise his policies as based on slamming NATO, castigating the European Union, welcoming Brexit, openly praising Putin and European nationalist right-wing forces, combined with diatribes against immigration, China and Moslems. All this, coupled with American nationalism, are signs of a new era of isolationism in the making, which doesn’t augur well, Magyar Narancs concludes.

In his regular editorial in right-wing Demokrata, András Bencsik welcomes the new president’s endeavour to normalise relations with Russia and interprets it as a sign of common sense in future American policies, whereby “if you cannot defeat your enemy, why not make him an ally”. He also appreciates the blunt sincerity of Mr Trump’s words about Europe as ruled by Germany, and suggests that the central and eastern European countries should revolt and fight for their own interests, with a view to creating “an intelligent Europe” that could become an equal to the United States.

In left-wing Élet és Irodalom, political scientist Ervin Csizmadia thinks the anti-populist campaign waged by liberal forces in the Western world for the past years has backfired and has been particularly unsuccessful in the presidential campaign in the United States. He especially condemns those who equate populism with fascism. That is an easy reaction by Liberals to the fact that they have been losing ground. Liberal democrats have come to believe that they are the only real democrats and all those who are simply democrats without any adjectives are in reality a threat to democracy. In other words, liberals find consolation in claiming to be the only ones who have discovered the ultimate truth about society whereas all other people are backward and ignorant. That attitude prevents liberals from seeing their own mistakes. Csizmadia believes that not all democrats are liberals, which doesn’t mean the end of liberal democracy. It signals nevertheless that its first drive after the fall of communism has been exhausted and new ideas are needed to revive it.