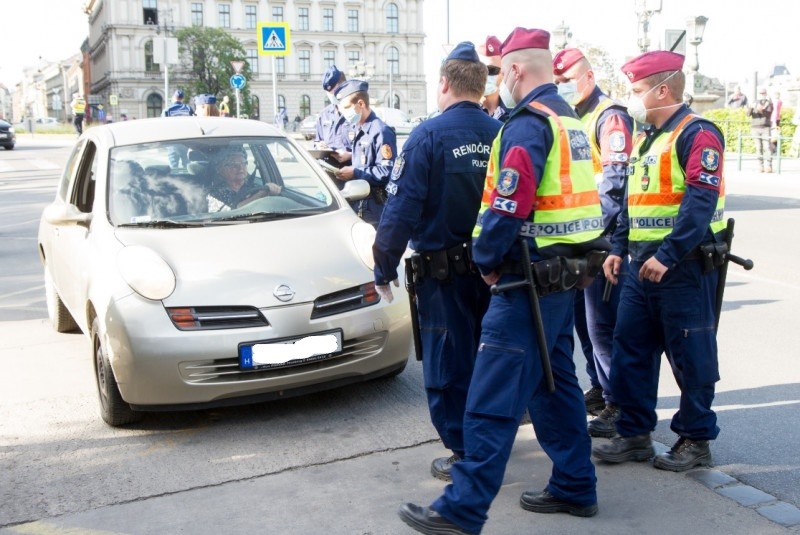 Following police handing out colossal fines for the participants in the -not authorized but publicly advertised- car-honking demonstration during the last five events, organizers had to call off the protests.

The original purpose of the demonstration was to protest against the hospital evacuations ordered by the government. Protesters, led by Independent MP Ákos Hadházy and another independent MP Bernadett Szél (both formerly of LMP), chose the Clark Ádám Square so that PM Viktor Orbán “could hear” the honking in his office at the Buda Castle as well.

The initiative was kick-started on April 20th, but while the first one went without any incident, at the second one, police turned up in massive numbers and reacted rigorously, resulting in either colossal fines or denunciations (which would probably end in fines as well) of the participation. The police’s reasoning was “honking without cause,” and they even fined cyclists for using their bike bells. Then, at the fourth demonstration, protesters made noise in other ways, but this didn’t stop police from distributing fines, for example, on the basis of breaching the curfew rules.

Hadházy and Szél both argue that freedom of expression also extends to peaceful honking. They argue this was the only way to legally express their opinion, observing and respecting the curfew regulations and the epidemiological situation.

A retired participant of the demonstration, for example, with a pension of only HUF 42,000 a month (EUR 120), was fined HUF 750,000 (EUR 2,146) in the first event, and another HUF 500,000 (EUR 1,431) at the second event (in the third and fourth he had been given a citation, so it remains to be seen what will come of that), Hadházy claimed. In addition, an (opposition) representative of the 18th district also got a fine of HUF 150,000 (EUR 429) while one of Szél’s colleagues was charged the same amount only for being present and hanging out an EU flag from his car. In total, Hadházy speculated that the amounts will total around HUF 5 million (EUR 14 thousand).

To put these numbers into context: the average net salary in Hungary was HUF 244,609 (EUR 700) in 2019 (without benefits and not counting the large territorial differences), while the maximum speeding fine amounts to HUF 300,000 (EUR 858).

As a result, in a Facebook post on Sunday, besides insisting that the fines were unlawful and they would do everything legal to cancel the fines, Hadházy announced to discontinue the demonstrations, arguing that he wouldn’t feel right asking people once again for expressing their opinion if he didn’t know for sure that they would be able to help them pay for the “illegal” penalties. He also launched fundraising to help those who had been fined.

“The remarkably strong yet pathetic police presence showed that our voices reached up to the Castle and that [those in] power were just as afraid as expected,” he commented, promising that they wouldn’t remain silent.