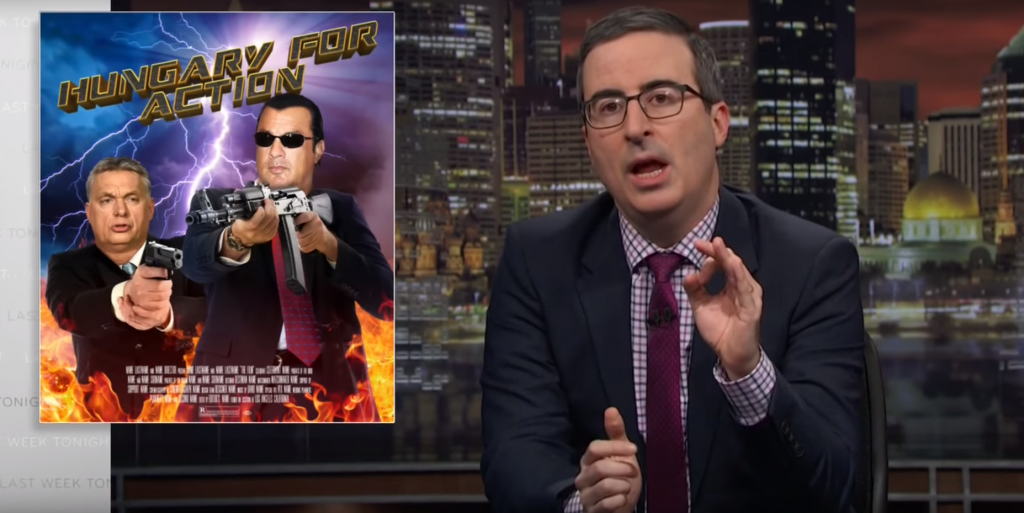 The international press has covered the months of the brutal political campaigning in Hungary’s 2018 parliamentary elections, but the topic has also emerged on HBO’s Last Week Tonight this Sunday, where host John Oliver praised European Commission President Jean-Claude Juncker for calling Prime Minister Viktor Orbán a dictator and slapping him two years ago.

Oliver said that calling Orbán a dictator is “not an exaggeration” but calling him a dictator face-to-face and in front of journalists before slapping him without getting to trouble is amazing.

He also mentioned that although ruling Fidesz-KDNP (Christian Democrats) have rigged the electoral system in their own favour and were surely expected to win the election, they still had to face a resistance from opposition parties, especially from Jobbik.

He also referred to the problem of fake political parties that have been established to take advantage of state subsidies for electioneering, as well as laughing at the satirical Hungarian Two-Tailed Dog Party (MKKP).  In an interview on state TV, the representative of MKKP turned up dressed in a chicken costume and “answered” questions by clucking, a move intended to mock Hungarian State Television, which critics argue has almost completely ignored opposition views to date; these critics also point to the fact that, before that, state media did not allow opposition politicians at their studios at all.

Yesterday, Fidesz won 48.51% of the country’s national list votes, garnering it 42 seats, and in addition won an astounding 91 of 106 individual districts as well. Trailing behind are the formerly far-right Jobbik, with 26 projected seats, MSZP-Párbeszéd, with 20, former PM Ferenc Gyurcsány’s Democratic Coalition (DK) with 9, and the green party LMP (Politics Can Be Different) with 8.

Hungary’s opposition parties have reacted with obvious disappointment and dismay at the day’s election results, with several party leaders and prime ministerial candidates announcing their resignations.

Yesterday’s election marks the end of a long, extremely negative campaign season. Over the course of the few years (and particularly in the months leading up to the election), Orbán and his Fidesz allies grew increasingly strident in their political campaigns attacking migrants, Muslims, the European Union, the United Nations, and, of course, Hungarian-American billionaire George Soros. 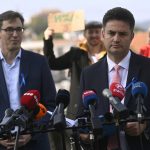