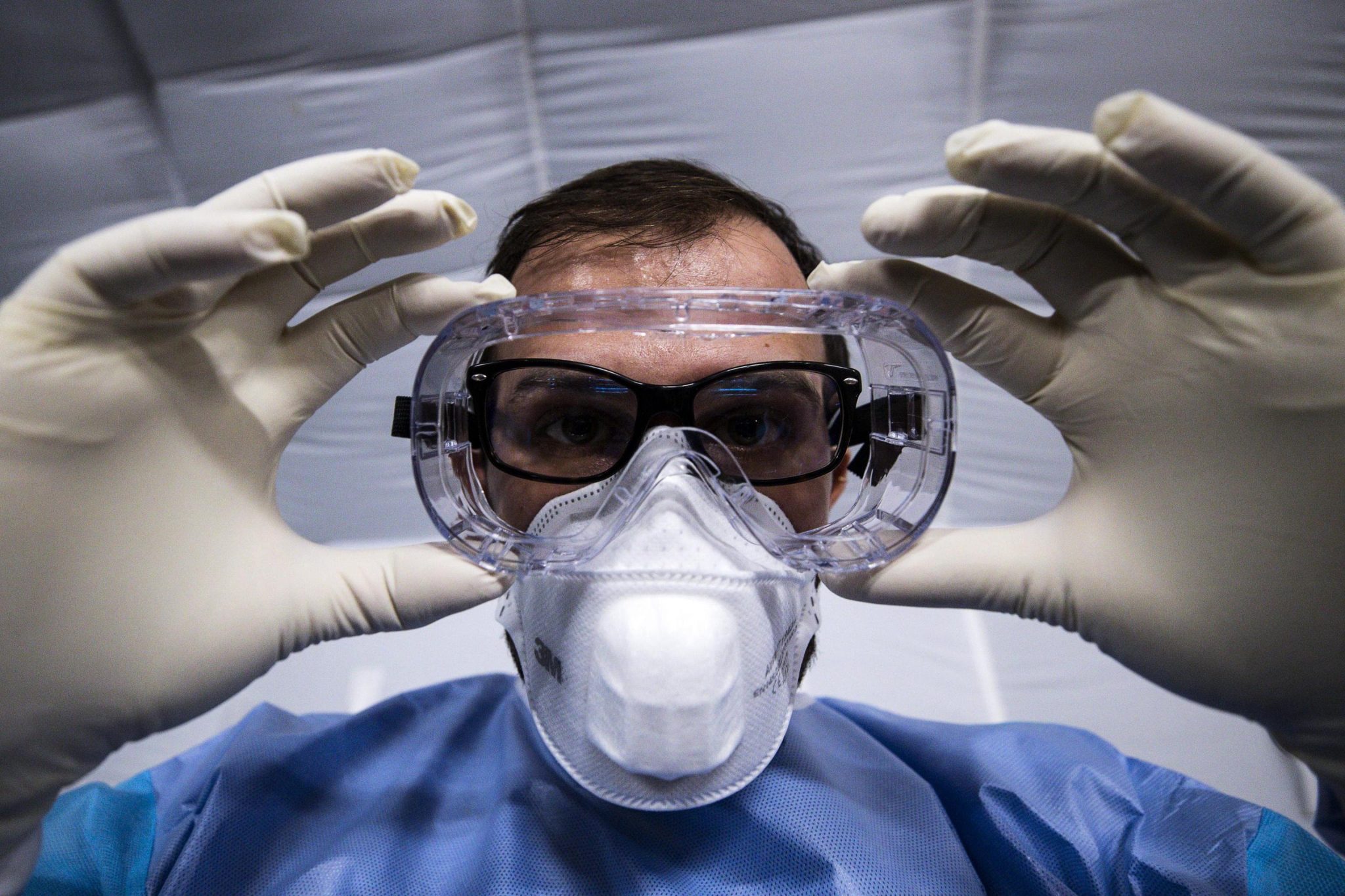 Earlier this week, the Hungarian Chamber of Doctors (MOK) stated at a press conference that surgical masks that doctors and health professionals use do not provide proper protection from the coronavirus. They called on the government to help equip hospitals with the necessary instruments for patient care and also offered help. They also said that the chamber will continue to fight for wages in these difficult times. The Ministry of Human Capacities answered in a statement, claiming that they do have all the necessary equipment and it is “unprecedented that the MOK leadership is trying to blackmail the government in an emergency situation.” The MOK then simply called the government’s “anti-doctor sentiment a national security risk.”

At a Wednesday press conference, the Hungarian Chamber of Doctors called on the government to equip healthcare employees with protective gear in the wake of the coronavirus outbreak. Gyula Kincses, president of the MOK, said that surgical masks are unsuitable for proper protection and do not protect doctors who examine a patient with coronavirus from catching the disease. He added that indebted hospitals should not have to bear the extra costs related to the epidemic, and he called on the government to cover the relevant funding. MOK also added that the chamber will continue to fight for wages in these difficult times.

He also shared that the chamber – which is in contact with Hungarian doctors – was invited to the meeting of the operational board on one occasion, so there was some dialogue with the government. However, although they want to help and work together with the government on stopping the outbreak, it requires serious governmental intent as well.

According to Kincses, the protection of general practitioners and other physicians and health professionals involved in acute care is currently inadequate, and in fact, nonexistent, as there is a lack of protective equipment at all levels.

Since the press conference, several Hungarian news portals, including liberal 444.hu, reported that at St. János Hospital, workers had been caring for an infected person for several days without proper protective equipment. It turned out after five days that the woman did not have pneumonia, but was in fact infected with the coronavirus. According to the news portal, although the healthcare workers requested it, no test was carried out among them. The building where the patient was staying was closed yesterday afternoon and those working the last shift were not allowed to go home. 444.hu writes that the hospital ward continued their work as usual for half a day even though it was already known that a person previously treated there had coronavirus.

Ministry of Human Capacities: MOK is trying to blackmail the government in an emergency

The Ministry of Human Capacities responded in a statement to concerns raised by MOK leaders at Wednesday’s press conference, saying that “it is unprecedented that the medical chamber is trying to blackmail the government in an emergency situation, on the verge of a pandemic outbreak, by depositing declarations to terminate doctors’ extra work voluntarily.” To the claims that there are no proper instruments available, which would be necessary for the protection of doctors, nurses, and health professionals against the coronavirus, the EMMI said that “there is now an abundance of appropriate protective equipment for doctors and nurses in every hospital.” Ambulance staff care for all those suspected of being infected with the coronavirus in protective clothing, while in hospitals, doctors examine patients in protective suits.

They added that there are sixty thousand special masks that guarantee the greatest safety to health workers. Meanwhile, new policy measures ensure that encounters with those who are suspected of being infected with the coronavirus are minimized. They added that the Chamber should know that GPs should provide the protective equipment for themselves, however, the government will help them – now for example, with special masks.

MOK: The government’s anti-doctor sentiment is a national security risk

The Medical Chamber “strongly rejected” the government’s statement. They published a statement saying even in the current situation “health professionals do their job with enormous sacrifice and risk.” They added that this is why the Chamber “has repeatedly and unequivocally stated that we will not jeopardize the safety of patient care during an epidemic-threatening period.” MOK added that in their statement at the press conference, they asked for help from the government and offered their cooperation and help as well. In their view, in this situation, they consider the “unreasonable anti-doctor sentiment a national security risk.”

Meanwhile PM Orbán in his interview with state media Kossuth radio, thanked the nurses, doctors, and disease control experts dealing with the virus. He said the government was capable of mobilizing the necessary number of health professionals to counter the virus, adding that though there was no shortage of the required medical equipment, he had ordered the procurement of spare supplies.