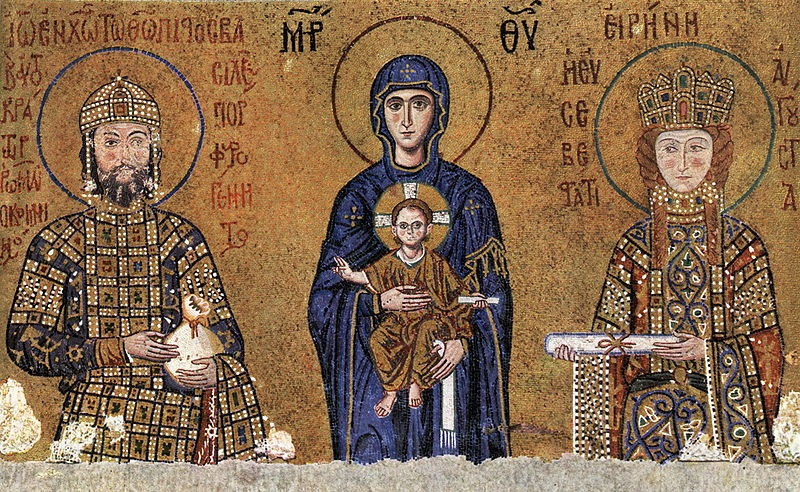 Despite UNESCO’s objection, Turkish President Recep Tayyip Erdogan formally converted Istanbul’s historic Hagia Sophia back into a mosque following the high court annulling a 1934 decision that had made the religious landmark a museum. The first prayers will be held on July 24th, while the decision caused outrage among Orthodox Christians and several politicians and even the Pope has spoken on the matter. The decision also has a Hungarian link: the only contemporary depiction of the Hungarian princess and one of the most significant saints of the Eastern orthodox church, Saint Piroska (Irene of Hungary) can be found there.

Earlier this month, the Council of State (Danistay), acting as a court, justified its decision on turning the historic Hagia Sophia back to a mosque on the grounds that it was the property of a foundation, which bears the name of Sultan Mehmed, who conquered Constantinople in 1453. Back then, the building was “given as a mosque to serve society.” Hagia Sophia has been registered as a mosque in the land register and its classification cannot be legally changed, according to the board.

The Hagia Sophia (Ayasofya) has operated as a museum since 1935, and is one of Istanbul’s most prominent tourist attractions. From 537, the building was the most important cathedral of the Byzantine Empire and the center of the Orthodox Christian world. After the occupation of Constantinople in 1453, Ottoman leaders converted the cathedral into a mosque. In the 20th century, Mustafa Kemal Atatürk, the father of modern Turkey, transformed the building into a museum, designed to emphasize the secular nature of the republic. The monument has been on the UNESCO World Heritage List since 1985.

UNESCO said that the organization “deeply regrets the decision of the Turkish authorities, made without prior discussion, and calls for the universal value of World Heritage to be preserved.” In addition, several politicians, Orthodox Catholics, and even Pope Francis expressed their regret over the transformation of the museum. 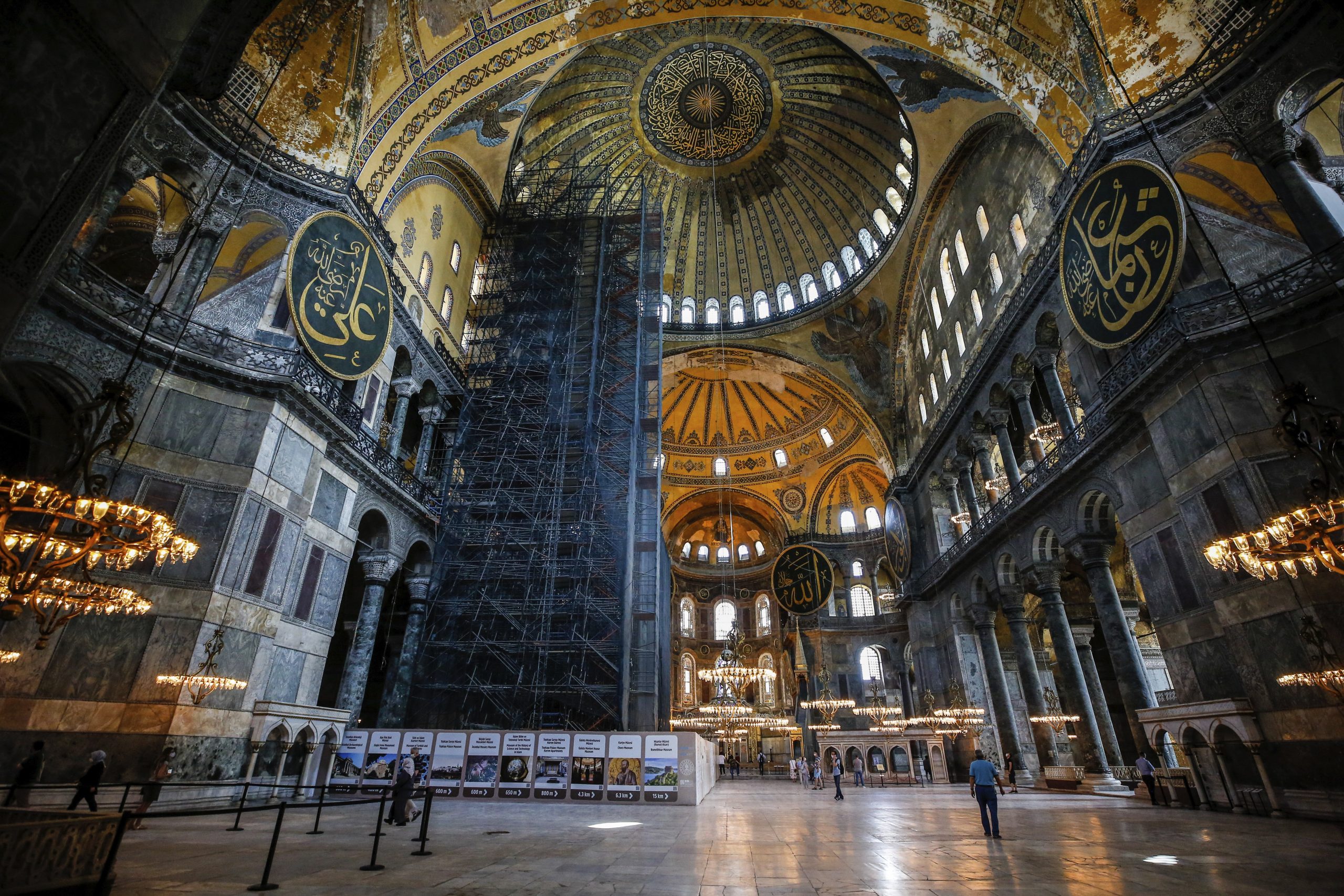 Although for a few days it seemed that the valuable Orthodox Catholic art collection and the Byzantine mosaics would be removed from the Hagia Sophia as well, the Diyanet has issued a statement saying that the basilica converted into a mosque will only be closed to tourists during Muslim religious ceremonies, when the Christian symbols will be obscured. However, the Turkish ambassador to Russia told a Russian news agency that “the icons and frescoes will be preserved in their current state,” adding that the Hagia Sophia will be open to foreigners as a mosque as well. President Erdogan also indicated earlier that the Turkish authorities will continue to ensure that the unique monument of world civilization will be accessible to foreigners as well and they will protect Christian symbols.

The Hagia Sophia also has a mosaic of Hungarian relevance: the portrait of Hungarian princess Piroska, the wife of the Byzantine emperor John II Comnenus, who ruled from 1118. Back then, marriages between eastern and western dynasties were often the reflection of alliances between two powers. John II Comnenus and his wife Irene, the Hungarian princess Piroska, was a great example of this, and they are represented on a mosaic in the Hagia Sophia. The Empress’s sarcophagus is also located in the foyer of the structure. 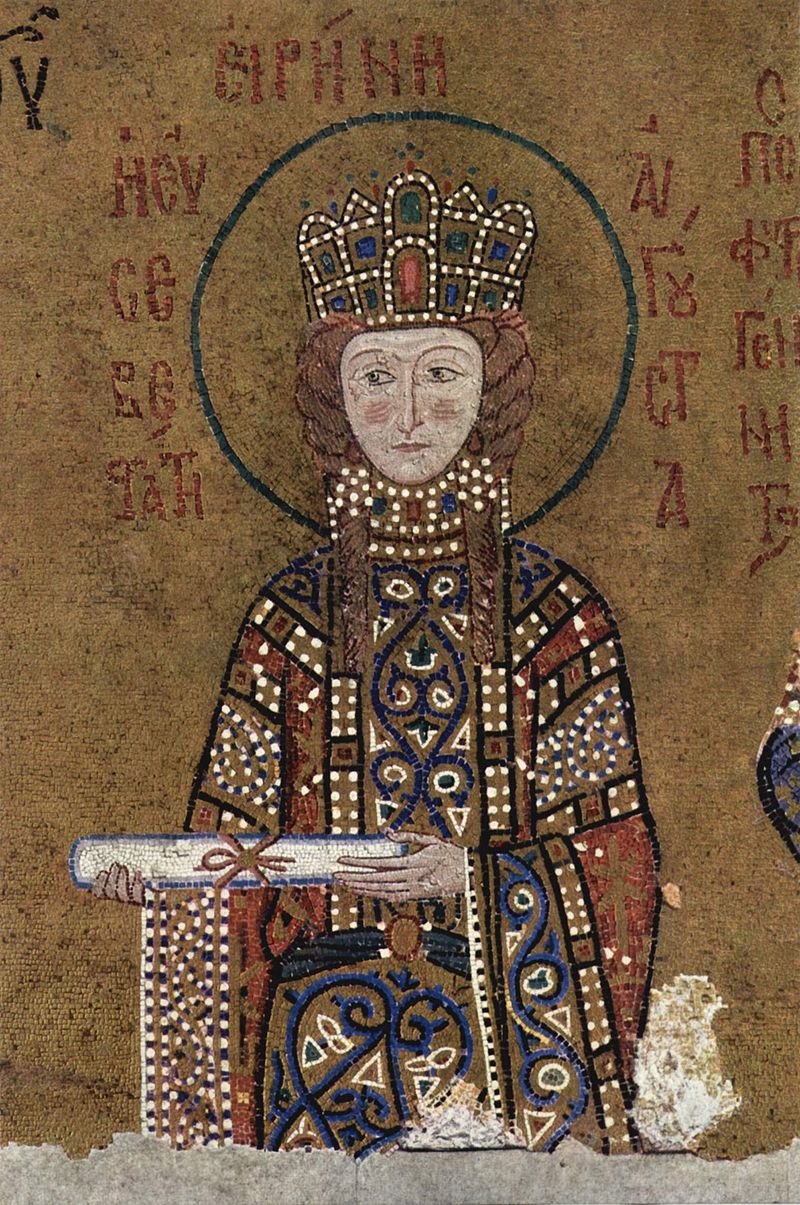 The mosaic, executed between 1122 and 1134, is located in the church’s south gallery. There is a Virgin and Child between the imperial couple. Irene wears a luxuriously decorated red garment with wide sleeves and a loros (a long, narrow, and embroidered cloth, which was wrapped around the torso). She is decked out with magnificent jewels, including a crown adorned with precious stones. Her red hair and plaits evoke her Hungarian roots. She holds a roll, a chrysobull, an official decree sealed with a golden seal, which she presents to the Virgin.

Piroska was the daughter of László I, king of Hungary (1077–95) and Croatia (1091–95). After the death of her parents, the orphan was put in the care of her father’s successor and nephew, Könyves Kálmán (Coloman) of Hungary (1095–1116). With a view to improve his relations with the Byzantine Empire, he negotiated the marriage between Piroska and John II Comnenus, the eldest son of Emperor Alexis I Comnenus (1081–1118). John II and Piroska were married in 1104. After converting to the Eastern Orthodox Church, Piroska took the name Irene. She was, with her husband, the patron of the construction of the Monastery of Christ Pantokrator (Zeyrek Mosque) in Constantinople. This monastery contained three churches and a hospital consisting of five wards, which was open to people of all social classes. She died on August 13, 1134. In her last days, she renounced her crown and died as a nun. She was later venerated as Saint Irene and became one of the most significant saints of the Orthodox Catholic church.