Hadházy’s Signature Campaign for Hungary’s EPPO Membership is at 270,000 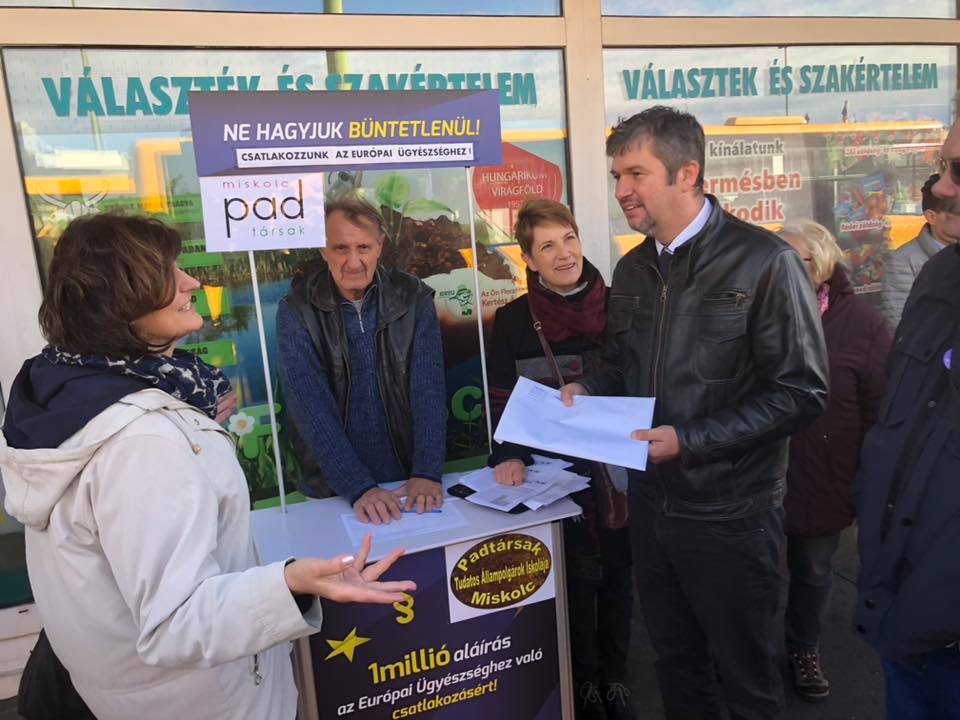 Independent MEP Ákos Hadházy launched a signature collecting campaign aimed at forcing the Hungarian government to join the European Public Prosecutor’s Office (EPPO) in September and has gathered more than 270,000 signatures so far.

Hadházy’s goal is to collect one million signatures with the help of volunteers. With the initiative, in accordance with the EPPO’s original goals, he wishes to better the monitoring of EU sources and counter EU fraud and corruption. It is important to note that since it is only a petition-supporting action and not a signature drive for a referendum, rules are considerably less strict.

Hadházy said he is hopeful as they started collecting signatures 1,5 months ago and the political parties had only joined the initiative two weeks ago. He added that almost all opposition parties were collecting signatures, including Jobbik, with the exception of green-party LMP, Hadházy’s former party, but they had repeatedly pledged their support for the action.

Ákos Hadházy has long been known as one of the leading figures in Hungarian politics fighting corruption. In 2013, Hadházy made headlines when he, as a local politician of governing Fidesz, made public the potential abuses in the tobacco monopoly system implemented by the party. Between 2014 and 2018, he was a member and leader of the green party LMP but resigned after the April 8 elections due to internal debates and scandals—however, he didn’t give up his seat in the Parliament.