Ferenc Gyurcsány, leader of the opposition Democratic Coalition, said in a keynote speech on Saturday that the decision by Hungary’s opposition parties to cooperate was of “historic significance”.

The former Socialist prime minister said: “The best thing to happen over the past year is the birth of a patriotic, European, democratic opposition to the Orbán regime.”

“It’s taken a good while for people to understand that democratic competition doesn’t exist in Hungary,” Gyurcsány said.

Only a joint political and electoral force that’s fundamentally opposed to an autocratic and, in many respects, dictatorial system has a chance to win [the 2022 general election] and restore normality.”

He said the decision to form a unified opposition was not down to any particular party or political leader but rather the result of the opposition’s joint acknowledgment of their patriotic obligation.

Related article
Gyurcsány: 'Far Better to Have a Coalition Gov't Forced to Compromise than an Ignominious Single Party of the State' 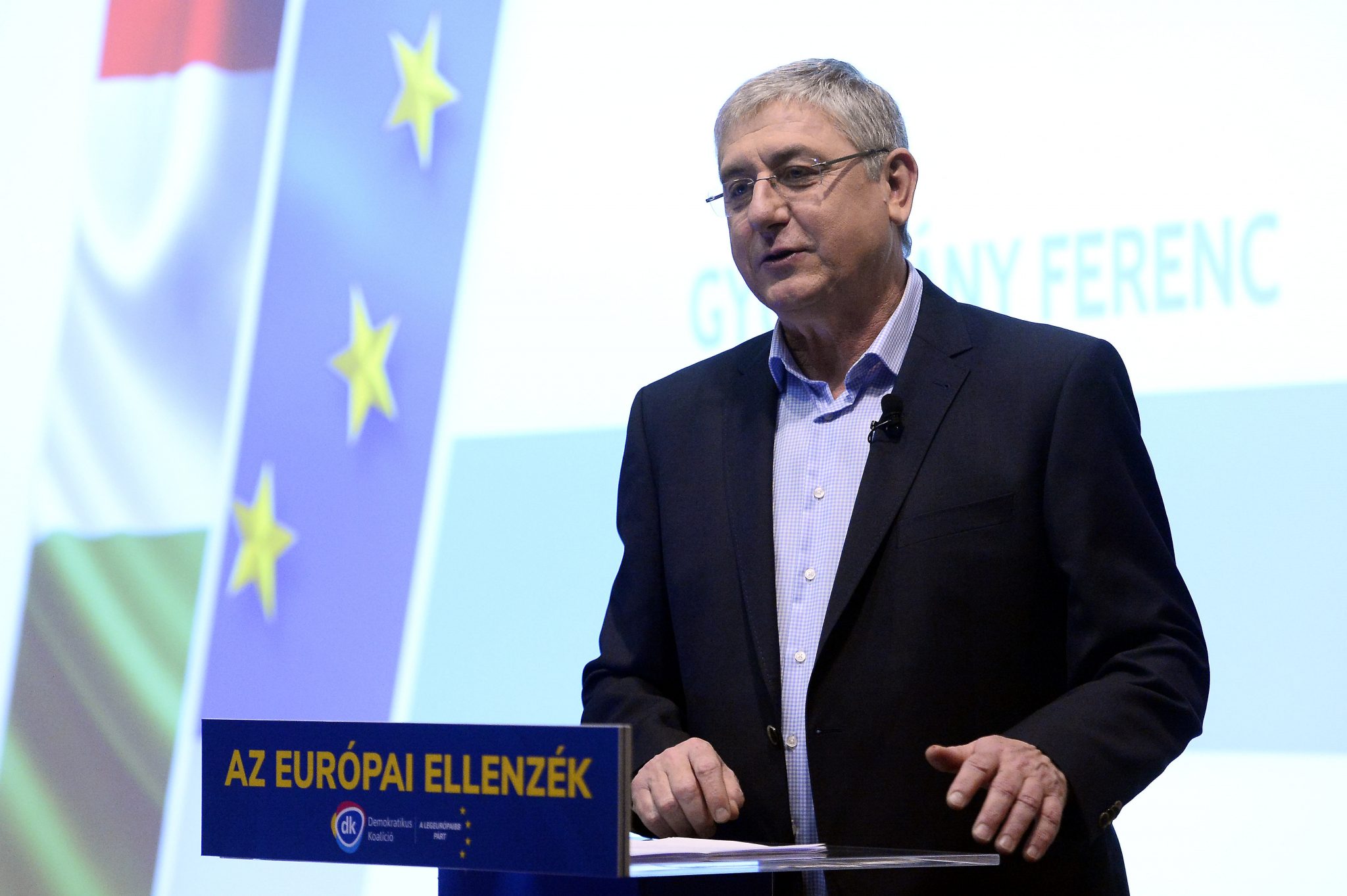 Ferenc Gyurcsány, the leader of the Democratic Coalition, has called on Hungary’s opposition parties to join forces, saying: “Either we’ll win together or we won’t win at all”. In his annual speech on Sunday, the former Socialist prime minister said the opposition parties came from many different backgrounds, with different pasts and political tastes. “They […]Continue reading

On the subject of the coronavirus epidemic, Gyurcsány said the opposition had often been accused of turning the virus situation into a political issue. He added that politics, however, was about how to manage “our common lives”, and there was no subject of public affairs greater than the global pandemic. So the issue of “whether our common affairs are well managed by those who have a special responsibility to do this” should be a matter of public debate, he said.

The DK leader said the opposition should be “treated as a partner” on matters of such national importance.

Gyurcsány insisted that the pandemic had dispelled “a myth” that, “at the very least, the Fidesz party could govern”. “Now it has become apparent that they can’t govern,” he said, referring to “tardy action, contradictory statements and measures never seen”.

The DK leader accused the government of mounting an attempt to hijack higher education through university privatisations, handing the running of these institutions to “people close to the government”.

Gyurcsány said the Fidesz government set great store by the concept of national community. He accused the Orbán government of “all kinds of sin” under the cover of patriotism.

It isn’t patriotism if someone steals or threatens their fellow citizens. Patriotism isn’t usury or a lack of compassion.”

He said Fidesz was close to Poland’s Law and Justice Party, “which has introduced perhaps the most extreme abortion regulations in Europe”.

Meanwhile, he said Joe Biden‘s victory was a source of great hope. “Not only has Donald Trump fallen, but also the kind of politicians whose family includes our prime minister,” he said, referring to “nationalist, anti-elitist, populist politicians”. Gyurcsány insisted Prime Minister Viktor Orbán had lost ground in Europe.

“He may still be dominant at home but in Europe today he’s just a troublemaker,” he added.